Amazon in Talks to Buy MGM

The Wrap is reporting that Amazon is in talks to buy Metro-Goldwyn-Mayer in a deal that could be worth anywhere between USD$7 billion and USD$10 billion. 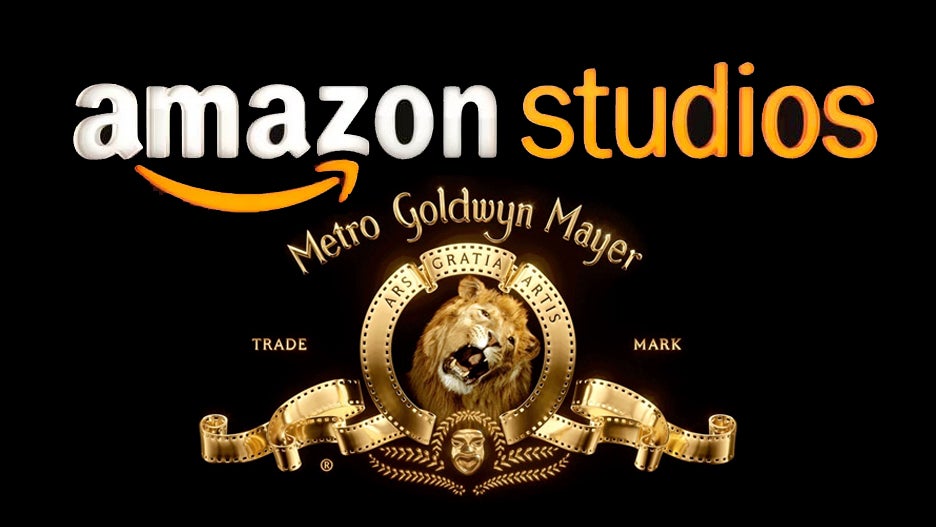 James Bond and "Lord of the Rings" under one roof?

“James Bond and Lord of The Rings under one roof”

They are referring to the fact that Amazon is in development on a Lord of the Rings prequel series bridging the gap between The Hobbit and the LotR films/books.

But…yeah, Orion–the irony is not lost on me…

Not to mention the fact that MGM co-produced the Hobbit films that Peter Jackson made.

Yeah, MGM still have The Hobbit from it’s UA merger. That might be part of the motivation for Amazon.

Cool. The next Bond film can be delivered early then via prime?

How well/real this buy out is says whether or not we break from the “OH FU**!!!WE’VE RUN OUT OF MONEY!!! WHAT DO WE DO NOW!!!” every two films the Craig run has established.

We are an odd fandom, in that Bond is old enough for all die hard fans to see…

Wouldn´t that feel like a novelty after so many years of uncertainty? To have enough funds at their disposal to actually plan ahead and make the next tenure a continuing stream (no pun intended) of great Bond films?

Mild prediction: the new tension will be between producing Bond product at a sufficient pace to satisfy the demands of streaming (and justifying the cost of acquiring MGM), and holding to a regular, but not frequent, production of Bond cinema in order to maintain the franchise’s cachet.

It’s Irving Thalberg vs. Harry Cohn for the streaming age.

Amazon have learnt HARD on Lord Of The Rings prequels, but MGM still hold rights to the throngs that are purely in The Hobbit, so James Bond might be an afterthought in this deal, Bezos being the rightest man on the planet.

Well, these yachts aren’t going to buy themselves.

I’m sure the alimony ain’t cheap

With what might happen, most of us wondering about these. Even when there are no official answers yet. But at least opinions and views on it.

Is it a good idea at all that Amazon buying MGM?

Well any of the MGM movies ever go to theaters, then to DVD, Blu-ray and 4k, ever again. IF Amazon do own MGM

Will everyone have to subscribe to Amazon Prime to to be able to watch a new James Bond movie or any other new MGM movies. IF MGM is own by Amazon?

Is it the only way to own a a new James Bond movie on any new MGM ONLY on streaming in the future? IF it do happen?

Who is the current owner of MGM, is it MGM themselves?

Who is the current owner of MGM, is it MGM themselves?

EON actually own the rights, but they need the Jaq half of Danjaq to agree to make films. The Dan hold ALL of Fleming’s works, but MGM, as of this moment, own half the ability to do anything with them on film. That bit is what Amazon would get.

Anything is better than being tied to MGM.

The main development here - always provided this acquisition does happen - will be the significantly improved financial basis of the franchise. It’s totally beside the point whether Amazon Prime or one of its add-on channels will be the go-to requirement for Bond fans in the coming years. So was cinema, video and blue ray in its day. And as long as it sells we can expect boxes and special editions.

Much more interesting will be how the balance inside Danjaq/between MGM and Eon house would be changed by this. Amazon can afford huge budgets, the kind of budgets genre fans often gush about. But they will no doubt also want to make the most of their property. With some of its streaming catalogue - Homeland, Jack Ryan - they are already well established in the spy genre. Having their own trophy production will make the entire brand that much more competitive.

Oh, they didn’t produce Homeland initially. But it’s in their catalogue now (here in Germany that is), showing they have a mind to cater to the genre. Same with their Tom Clancy investment, it’s something they spent money on and can expand now.