He saw it in the cinemas 5 years prior?

So he knows Bond is not a real person and he, the old guy himself, is living in a not real world?

Sorry, I always thought the bloke with the flute was a different character! Silly me!

The kid who starts the engine of Bond’s boat in TMWTGG and who still demands the promised amount of money by Bond.

Maxie in DAF who Plenty suggests should take a nap after he shoots his whole wad (probably also qualifies as a character who wants more screen time).

The lacivious hotel receptionist in Thunderball

The double taking pigeon… iconic and deserving of a mini series

The couple who comment on bond being in a hurry to catch the tube in Skyfall!

Their presence and scene seemed a little odd to me, like it was an in joke or cameo…

The alcoholic who sees the Lotus come out of the water, the gondola hovercraft, and the ski picnic bench jump scene in FYEO. Why wasn’t he in Octopussy when Bond drives the Mercedes on the railroad tracks? Did he finally go to rehab after questioning his bottle in all three films?

The alcoholic homeless man at the San Francisco city hall fire in VTAK was a poor substitute.

That wasn’t in Italy.

The guy, in the casino scene at the beginning of “Dr. No”, sitting next to Eunice Gayson as Sylvia Trench and even though he has a very small part, he goes for it 100 percent and really gets the most out of it.

I have to make a huge correction here and boy do I feel dumb about it. The truck that the slow old dude drives in LALD is transporting oysters…NOT chickens.

The old guy with the broom, who’s whisteling Goldfinger in O.H.M.S.S. Who is he? Why is he there? How does he know the Goldfinger theme

Maybe he’s a younger version of the cleaner from TLD, who I incidentally refer to as “Mini John Barry” 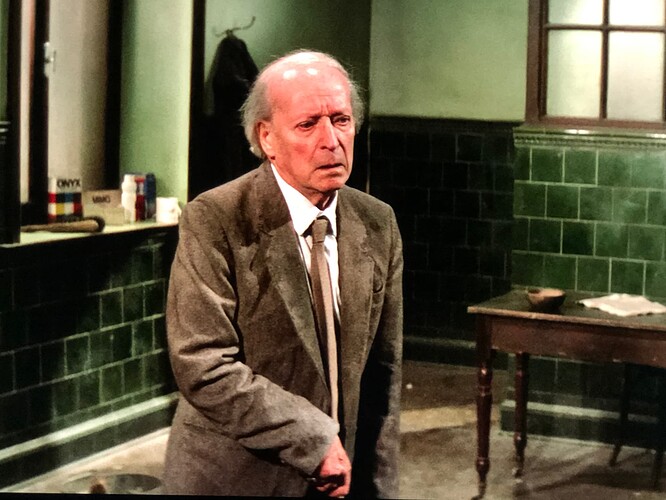 Whereas “guy driving truck” in LTK is driving fruit (I think…!!)

I’ve always wondered about these two loitering in the Mojave Club when Bond walks in. See how they both shuffle away when they realise someone’s pointing a camera at them? Very iffy. Something going on there.

Last evening I watched Dr. No again and during the casino scene in the first minutes of the movie, I couldn’t help it, but I was only watching that guy sitting next to Eunice Gayson, even when Connery says his famous line, I just thought: “Hurry up, I wanna know what that guy now is doing!”
I am afraid that this scene is completely ruined for me for the rest of my life. This is terrible, but also funny at the same time.

If we’re including Mathis, then I’d add Wright’s Felix Leiter.

I’m very late to the party on this. In a perfect world, the missing film after QoS would have been almost buddy movie in which Leiter and Bond work alongside one another for almost the entire film. I think this could work for the next actor too but should be the second or third entry after their Bond is established. I know some people detest the “Team Bond” approach but I think a film like that could explore and set out why they are are such close friends and professional allies.