This one is new to me: I knew in 86 they were considering a young Bond reboot of the series, covered in the excellent Making of the Living Daylights book of a couple of years ago, but over on AJB someone linked tothis interview with Michael Praed of Robin of Sherwood fame. In it he tells the story of how he met Cubby and auditioned for Bond, and understood that they were taking it back to the 50s to the very beginning. His agent and John Glen gave him the impression that he’d won the role, however in the fullness of time he obviously didn’t.

He was only 25 or so at the time, so it would seem to tally up with the whole reboot idea (and would make sense of why they ditched him), but I’ve not heard of the period 50s thing before. Did he just get the wrong end of the stick or were they actually thinking of that? And it’s interesting that he met with Cubby, as the book makes it sound like he vetoed the reboot idea. I can’t find mention of Praed in the book, either.

Around the time of TLD, MGW did indeed proposition Cubby with the reboot, younger Bond idea.

But as you say, Cubby said that there wasn’t at that time an audience for a Bond that wasn’t anything but a seasoned professional. So it got nixed.

I didn’t however know that the idea had such traction as to start auditioning people.

the excellent Making of the Living Daylights book

In that great book you have a page with 15 names. No Praed there…

Yep, that’s why I said there’s no mention of him in the book.

News to me. I think I’ve heard Praed’s name before in the Bond context, but that was entirely speculative tabloid fodder back then; more wishful fanboy thinking than anything concrete, let alone an appointment with Broccoli.

In the late 60s and early 70s there have been numerous actors who supposedly got an offer for the role, more often than not from Saltzman and seldom really serious offers at that. But getting an audition and an interview with Broccoli would place Praed even ahead of Lewis Collins. If this is true - and there’s no reason to doubt this - then Broccoli was at least open to giving the general idea a bit of his time and money.

It’s pretty interesting how both Bond and Star Trek flirted with prequels in the late 80s before finally doing them in the 2000s.

I would be interested in seeing a younger Bond in his navy days but don’t know how you spin-it. Movie, tv show, comic book? The later might be the best option.

One has to keep in mind that back then the prequel idea was largely new and untested. And early attempts like Young Indiana Jones fared not well enough to merit taking a risk with a franchise that was effectively still intact and didn’t need fixing; certainly not in Broccoli’s eyes. I’m not sure I would have been happy with rebooting in the 80s.

I think it’s constantly fascinating just how far along they got with all of these ideas over the years: there’s so much that it seems fans never find out about. Not that I’m saying they have any right to of course! Just that I’d love to wander through their archives!

Well Young Indy was made for tv so it was in a different arena separate from the films. Had River Phoenix taken over the film series as Young Indy that would have really been something. I wonder if that would have worked back then, since Harrison Ford was still in his prime.

At least Young Indy did give Daniel Craig one of his early roles. 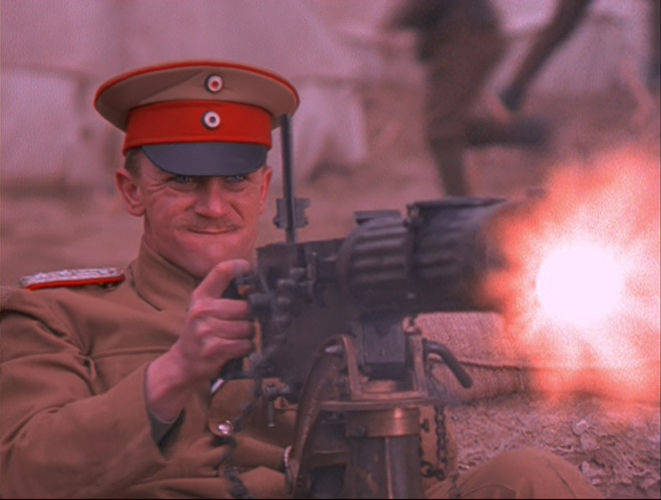 Young Indy is a noble failure with a mixed bag of good and bad episodes. I like it but it’s certainly not for everyone. Still far superior to EON’s own 90s television experiment, James Bond Jr.

I wonder was that EON’s only venture into television? Could a tv series about Bond days in the Navy be worth exploring on Netflix or Amazon?

Could a tv series about Bond days in the Navy be worth exploring on Netflix or Amazon?

Far as I’m aware Eon under Broccoli/Broccoli & Saltzman wasn’t ever terribly fond of tv. Tv was a competitor and partly responsible for drowning the 60s spy craze in too many small-scale Bonds. Home entertainment offered a welcome way of mining the films for one more route of valorisation. But otherwise I don’t believe Eon seriously considered to go down the tv route.

James Bond jr was a bizarre spinoff and personally I still have trouble to guess its basic strategy. Was it aimed at selling cheap plastic toys to little kids? Did they hope to recruit the sandbox generation early into the world of martinis and gratuitous sex and violence? Was it a kind of animated methadone to prevent fans from going cold turkey for years?

Be that as it may, today I could imagine for example Amazon’s bid in the distribution battle might come with a pitch for a spinoff on Amazon Prime, something that could be aimed at generating synergy effects without damaging the original article.

My guess with James Bond Jr. was that it was something that could be made cheaply and sold into syndication worldwide to generate cash flow since no new movies could be made. If it had hit it could have spawn several season/series. This was the era of Teenage Mutant Ninja Turtles so there was money to be made.

Kids also enjoyed James Bond, especially the Moore films, but with the darker more adult take on Bond with Dalton and especially Licence to Kill EON may have been trying to appeal to a market they had shut out with the direction of the film series.

Who knows. Certainly the most curious thing EON has made.