though I must admit the first part felt odd for me

I thought the first film was a bit odd as well. One of those rare movies that approaches the 2.5 to 3 hour mark that actually feels like it rushes through a lot of its plot points.

I thought the child actors did a fantastic job with it, though. Will be interested to see how the rest of the adult cast shapes up, especially that of Mike Hanlon, given how pivotal he is to the adult section of the story.

I agree. My assessment of the first film, however, has changed with a second viewing.

My overfamiliarity with the novel (having reread it before the film) made me pay too much attention what the film did or did not differently, how it rushed through passages etc.

Taking the film on its own I now can enjoy it much more, and the casting definitely was fantastic. The announcements of the actors for the second, adult installment are perfect so far, for me.

At some point I’ll have to go ahead and give it a second viewing as well. Perhaps I’ll have a similar experience, although I can’t claim to be overly familiar with the fine details of the novel, having not read it in its entirety.

One hope I would have for part 2, however, is that given the amount of money the first one made, perhaps some of that can be reinvested in the CGI for the next installment. If they’re going to rely on the amount of CGI that they did for Pennywise, then it could stand to have its level of quality raised a bit.

It definitely will be interesting to see what they do with the final form of “It”, something the TV-mini-series appallingly failed to deliver, due to cheap-looking sfx.

Michael Mann’s finally got a new movie the pipeline - always something to look forward to. Paramount Pictures is in talks with actor Jason Clarke (Winchester) to star in Pet Sematary, a reboot of the Stephen King classic. re Jason Clarke and Pet Semetary; Am I the only one who thinks Clarke is average at best?
TBH this casting seems horrible to me, firstly I think he’s too old, unless I’m mistaken, the Louis of the book is mid 30s; secondly I think Clarke lacks the charisma necessary to carry a film like this,
would much rather see someone like Chris Pine or even someone younger like Jake Lacy

Mr Mercedes 2; loved the first series, assume the second is going to be 'Finders Keepers"?

Would love to see someone get round to Duma Key,

I do think King books are best suited to a 10 part mini-series style; there’s typically just too much to fit into 2 - 2.5 hours

Lastly, I would have loved to see IT as a 10 part HBO series, but I do think they did a terrific job with the first film, very excited to see what they do with the second 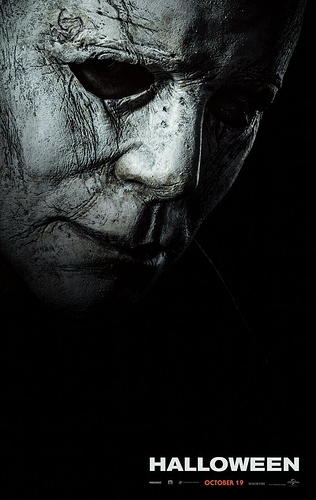 Universal Pictures has won a bidding war for the big screen rights to Stephen King novel The Tommyknockers. James Wan and Roy Lee will produce.

Sicario: Day Of The Soldado

No Rules This Time. Stephen King's The Long Walk in Development at New Line

New Line Cinema, the studio behind the 2017 hit IT, will adapt Stephen King's dystopian thriller The Long Walk with James Vanderbilt penning the script.

Now this is great news, there’s been chatter about this for a while;
“The Long Walk” is fantastic and massively influential on things like “The Hunger Games”
excited for this one

Haven’t read THE LONG WALK (one of the many Stephen King works that I shamefully have yet to get around to reading), but the synopsis of the book in the article really piqued my interest, I must say. Sounds like it could be a really great film if done right.

Haven’t read THE LONG WALK (one of the many Stephen King works that I shamefully have yet to get around to reading), but the synopsis of the book in the article really piqued my interest, I must say. Sounds like it could be a really great film if done right.

It’s one of his best short novels (or novellas) it was also his earliest; Given he was about 19/20 when he wrote it, it’s stunningly good. You should definitely try to read it before the movie.

I’m a huge King fan, and up to about 15 years ago I had read everything he wrote, then between work and kids I actually fell a little behind; Over the last couple of years I’ve made a determined effort not only to catch up on the books I missed (I’m about 7 behind) but I’m also planning on re-reading all his early work (at least up to and including IT) I started by re-reading all the Bachman books over Christmas;
Right now I’m just about to finish Duma Key.

It´s one of his Bachman books, different in tone, and, of course, written long before the reality show-craziness.

In a way, it´s a companion piece to THE RUNNING MAN, but a more somber, contemplative story. I’m actually looking forward to this much more than to the announced adaptation of one of King´s worst novels (THE TOMMYKNOCKERS). Oscar nominee and Golden Globe winner John Lithgow has joined the remake of Stephen King's Pet Sematary as Jud Crandall. Pet Sematary is scheduled to begin shooting this summer and slated for release on April 19, 2019.

Yet another Stephen King adaptation on the way: 44-year-old "Westworld" actor James Marsden is eyeing a role in the upcoming Netflix adaptation of Stephen King's "In the Tall Grass."

I like that short story - but to stretch it out into a movie is a mistake IMO. The story has a “Children of the Corn”-like main idea, and it would work so much better as a short segment in an anthology.

Teaser trailer for The Predator

I saw Death Wish. I thought it was a return to form for Bruce Willis. I felt the reviews criticizing the film were laughable. I won’t be watching Deadpool 2. I no longer find him funny, and I wish he would go away. I look forward to the Han Solo film that comes out next week. The new Mission: Impossible film looks excellent. Bohemian Rhapsody looks great. I can’t wait to see Christian Bale play Dick Cheney in Backseat.