Not a lot of actual “interview”

Quite. The only thing more annoying is CraigNotBond continuing to get a shout-out.

Sorry - if any of you were CraigNotBonders…

“For now, Broccoli says Bond’s future will remain on the big screen, but she doesn’t rule out the possibility that a future 007 adventure could debut on a streaming platform.”

They toy with the interviewer at one point. MGW to his technically British sister, “Americans don’t get irony”

Do they sound a little reluctant and tired, to you?

To be fair, at 59 and 77, and after a solid year and a half of what is likely to have been a bloody tiring production journey, and with the prospect of lots of silly interviews to perform for promotional purposes, at 53 I too would be tired.

Indeed, if I had the money in the bank that these two must have, I am not sure you would see me chucking myself back into this fray. The world be thankful I am not responsible for the future of the Bond films…

The streaming thing may sound like a bombshell. But actually it’s not something they have a lot of influence over. Once people prefer to stay at home to enjoy even tentpole productions the market will naturally have to move with them.

We’re likely not talking simply about hitting the Bond icon on your Netflix/Amazon app. This will probably be more like an exclusive VOD vip ticket that’s going to be streamed for a limited time. For a transitional period (yep, you know the term…) this would probably be available parallel to a premiere in theatres.

I thought the Smallville-esque Eton based TV series was pretty interesting news. Did we know about that?

No quote - and the article says it was nixing it. The interviewer had an angle.

When did Variety, of all places, take such a tabloid swerve to speculation and quote fishing portrayed as fact? 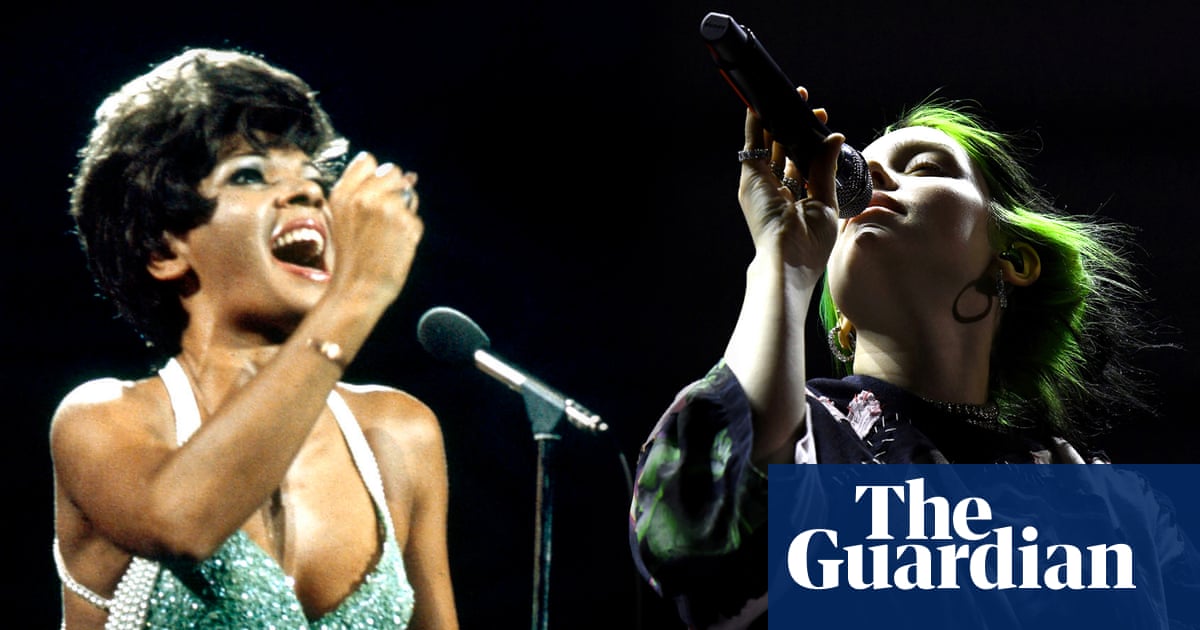 From tone to style, the two women could not be more different. Can the 18-year-old outdo her predecessor when she sings the theme tune to the new James Bond film?

Billie Eilish for the No Time To Die theme song, interesting voice and she is the current bright young thing, fairly standard for a Bond theme song in my view given recent artists to have recorded the Bond theme song.

I suppose that kind of thing has been brewing in the backlot ever since Charlie Higson did Young Bond and actually made it a success. Eon must have had numerous offers during the young adult wave of Potter/Panem/Twilight and probably still gets a pitch a month from the streaming heavyweights. That’s not to say Eon seriously considers anything in that vein - but you never know what the future might bring and having the potential to open this particular drawer is no doubt a plus.

Why don’t they do it then?

Probably because it would be difficult to exert the same amount of control over the finished product they have over the films. And once you give up control over an asset you seldom get the chance to win it back.

So the potential to do something like a tv series - Young Bond or War Bond or Special Envoy Bond or whatever - is likely worth more to them than actually doing it.

Exactly. The streaming service stuff is a non story. Barbara and Michael see the future on the big screen and politely say who knows what the future brings. It’s all the interviewer, not them.

Barbara calls the ending emotionally satisfying, which raises my enthusiasm further. Can’t believe we are mere months away from seeing a new Bond movie!

The usual stories get repeated with Barbara and Michael, but I see that as discipline. I’ve always been impressed with how they NEVER forget their past and continue to use it as motivation. Cubby and Fleming are the two big influences in their Bond movie making life, and that laser focus is still with them.

Exactly. The streaming service stuff is a non story. Barbara and Michael see the future on the big screen and politely say who knows what the future brings. It’s all the interviewer, not them.

I disagree with your reading of it - that the streaming stuff is coming from the interviewer, not them.

The relevant part of the article:

For now, Broccoli says Bond’s future will remain on the big screen, but she doesn’t rule out the possibility that a future 007 adventure could debut on a streaming platform.

“We make these films for the audiences,” Broccoli says. “We like to think that they’re going to be seen primarily on the big screen. But having said that, we have to look to the future. Our fans are the ones who dictate how they want to consume their entertainment. I don’t think we can rule anything out, because it’s the audience that will make those decisions. Not us.”

The way I read that is that the interviewer probably asked something about streaming such as “Do you see the possibility of a 007 movie premiering on a streaming platform?” to which BB provided a direct answer to that question.

Yeah, I don’t see anything concrete there with the streaming answer. Not ruling anything out is vague, effectively saying “who knows? We’ll see what happens.” The concrete answer is that the big screen is still their number one place right now.

It’s time this gets passed on to their children then

That’s already underway for a time now; David G Wilson has been working on Bond and Angelica Zollo is also working in films.

That said, it’s one thing to be involved in the family business - and another to be entirely and 100 percent THE Bond producers. The current Broccoli-Wilson chemistry has developed over decades into a fairly ideal factory for the Bond brand. It’s not a given that the next generation will be equally involved, talented or even interested in 007.

Nor can you expect them to have the same chemistry and work as a unit to move these huge projects with a firm hand through troubled waters. A director walking out of a production does not always merely result in a couple of months delay. And that’s not even talking about the studio situation yet…