As I said before, I like “Discovery”, and I will check out this other new “Star Trek” franchise series as well.

At the same time I mourn for every original new series which does not get green lighted because studios and networks prefer the BRANDS.

TrekCore.com (via The Wrap) is reporting that the Section 31 series with Michelle Yeoh might not premiere until after “Star Trek: Discovery” ends its run.

I‘ve just watched the season opener “Brother” - not sure why it’s necessary to hinge so much of Discovery on characters from the original series. This show might have profited enormously if it had just used its own independent timeline and left Spock, Sarek and Pine well alone. I have my doubts about Kurtzman’s understanding of Trek in general.

And branching out into different shows with Picard and Section 31/Yeoh…haven’t I heard similar things about Universal’s Dark Universe (Mummy, Frankenstein and so on) and the Amazing Spider-Man franchise? Perhaps it would be a wiser move to first get one Trek show on solid ground and only start new projects once that prime target is achieved.

Don’t get me wrong, I’m all for trying different and fresh things with Trek. But up to now Discovery shows little evidence for that and seems to lose potential with every new episode. If you want to introduce darker themes, political intrigue and espionage and nuanced characters evolving over time, then Deep Space Nine is still the benchmark. And Discovery, in spite of its promising start, hasn’t delivered a lot on that front. Plenty of room for improvement.

I loved the addition of Pike. The episode itself was amazing. I’m saying this as a huge fan of tos in addition to tng and ds9.

Dustin, your exact concerns are probably why CBS AA is waiting until DSC is over to do the Section 31 series with Michelle Yeoh. They want original Star Trek shows for their service to have a good foundation (i.e. DSC being finished and the Picard series having at least 2 or 3 seasons under it’s belt) before doing Section 31.

I loved the addition of Pike. The episode itself was amazing. I’m saying this as a huge fan of tos in addition to tng and ds9.

Perfectly okay if you liked it. I dare say the show can use enthusiastic fans and support from the more traditional side of the franchise.

Dustin, your exact concerns are probably why CBS AA is waiting until DSC is over to do the Section 31 series with Michelle Yeoh.

That implies Discovery already has a set final number of seasons. Which, in spite of my earlier verdict, is a shame. I was hoping for a longer run. But that’s evidently difficult with a main character already having a firmly set departure in the very near future.

My only hope would be that this show turns out to be from yet another alternative universe where Pike’s fate isn’t already set. Where Sarek smiles and adopts a human girl and Spock’s a brat like J J Abrams’ Kirk…

This way there would be some explanation and room for actual development.

Dustin, I didn’t say that DSC has a set number of seasons planned–I simply said whenever DSC does eventually come to an end (whenever that ends up being).

I think Dustin assumed because you can’t indefinitely hire an actor. They’re freelance by definition, so you need to give windows of when you’ll need them for the sake of them doing other work.

I see, Orion. Thanks for the update.

Either there’s some kind of schedule, however provisional, to the Section 31 project. Or it’s still so early days that production won’t necessarily involve Yeoh; both are possible.

Could also be that the announcement came a bit early and that CBS now - post Moonves - first want to see if and how their Trek investment with Discovery pays off. From what I gather the show needs to work on a solid fanbase and Yeoh’s show would heavily profit from that.

The Picard show probably aims far more for the traditional fans and might reconcile the more critical ones with the new direction. But Yeoh’s show will primarily aim for audiences who already liked Discovery. Is A Section 31 Star Trek Movie In The Works?

The idea of a Star Trek: Section 31 series has always been hit or miss with Trekkies. Sure, seeing more of Michelle Yeoh is always fantastic, but is Section 31 the right idea? Espionage, criminal activity, and plots to destroy the galaxy. It does not...

Here’s a link to the YouTube video of the podcast in question. Set the video to time index 14:00: 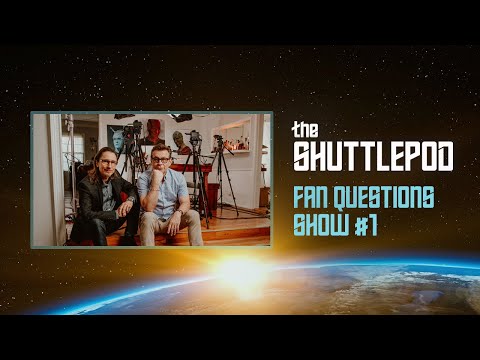