I must admit that word has a pleasing… finality about it.

Hard to pick a winner? Both would claim responsibility for the death of one of Bond’s loved ones, although neither actually did it. Computer virus or a biological one? Do you now love chickens… or rats?

Said it before and i’ll whisper it again, Silva takes gold

I chose Silva, but this was a difficult one.

For me too! But Silva’s entrance scene and his parting hiss are untouchable imo

Tough call, but OHMSS Blofeld gets my vote.

Being Blofeld, Bond’s original classic nemesis, helps a lot.
Silva finds physical activity dull, whereas Blofeld the skier doesn’t.
Telly has the better headquarters, and I’ve been there.
His Blofeld is injured but not killed - he escapes to get revenge.

Silva is incredible, though, and would also be a worthy winner.

Both superb but Blofeld takes it: the dastardly scheme, the girlfriend, the headquarters with obligatory evil laboratory, the curling, The cat dropping, the skiing, the avalanche causing, the pretentious poetry, the bride murdering…

Darn, you make a good case!

Silva does have many comparisons, but I think the fact its aimed at M, rather then Bond, pushes Blofeld forward. It changes Bond’s role in the narrative. They’re both equals to Bond, but Skyfall gives a higher authority that, almost, makes Bond superfluous.

I should emphasise I LOVE Skyfall, only Casino Royale tops it.

Goldfinger is three, before people shout out about modernity

the fact its aimed at M, rather then Bond, pushes Blofeld forward.

That’s a good point! I’m almost second guessing my choice… So many aspects of OHMSS gifts it’s Blofeld a top position in the hall of fame. Telly as Blofeld is perfect casting; Maggot’s delusions of grandeur (as in The Dirty Dozen).

But in my humble opinion Bardem steals it from under Telly with the sheer force and artistry of his performance, helped hugely by some the canon’s best dialogue.

It is a slip of a victory, purely as Bond is seen as an obstacle rather than target.

I am pleased to be able, in a small way, to contribute even further to the victory of classic villain over recent upstart.

That contrast is something I like about OHMSS, and particularly Fleming’s YOLT - how the hero and villain both have close female partners. Blofeld and Bunt take Tracy from Bond, and continue living inside the Castle of Death happily ever after as Bond’s life falls apart. Bunt simply existing is a huge mock to Bond. Killing only her would’ve squared the blood feud between hero and villain, but by strangling Blofeld it goes all in Bond’s favour.

Both are excellent and both take away a woman that Bond loves. However, Blofeld takes it slightly by surviving and exacting revenge on Bond. Silva ultimately succeeds in his goal, but he never finds out.

Silva’s best two scenes, for me, are his first and his last. He enters and leaves with a bang.

That rat speech is the best villain reveal in the series, and has been praised repeatedly over the years for good reason. But that scene in the chapel is dynamite. I remember being on the edge of my seat with tension during my first viewing of the film. Others were, too.

Bardem really sells the character’s inner conflict. He has pure malice, but frustrated reluctance to follow through on his fantasy. Like the Joker killing Batman, he’s absolutely open to it, but it has to be perfect.

Like the Joker killing Batman, he’s absolutely open to it, but it has to be perfect. 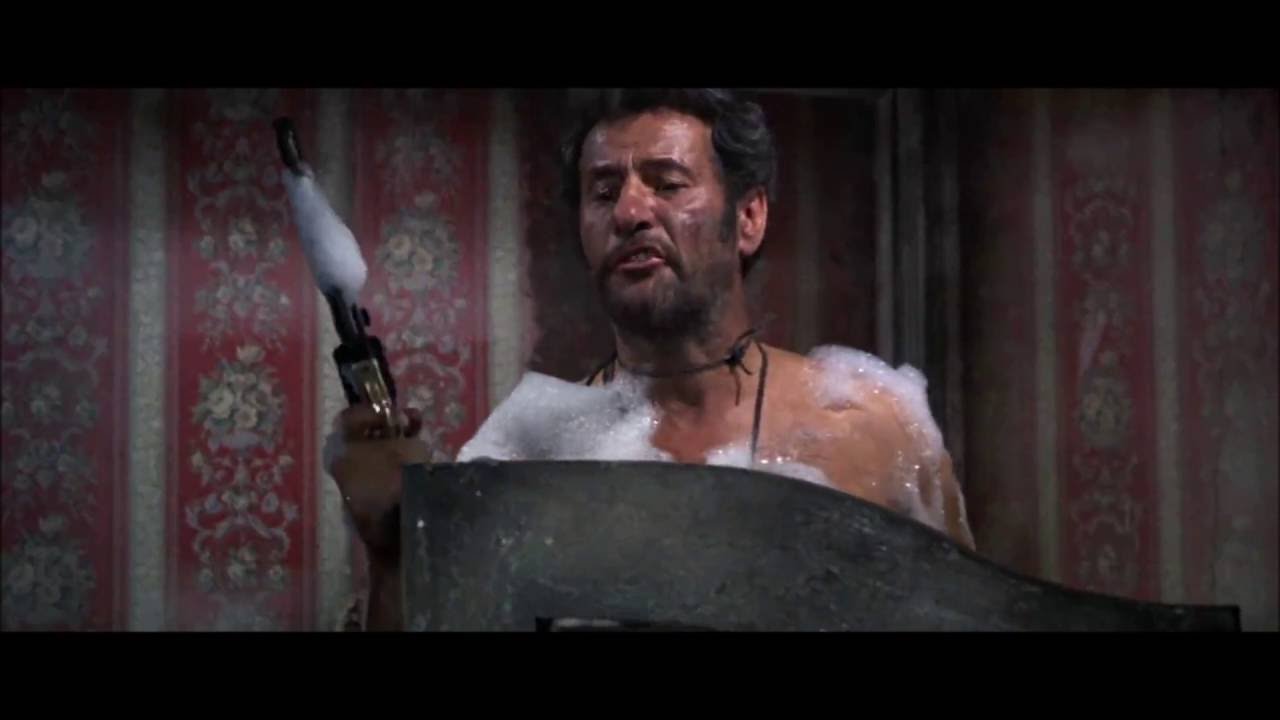 “Count” appears to be the apposite word, but it’s not over yet…

You don’t get more ultimate villain than killing the bride on the wedding day. Blofeld it is.

I have a great fondness for Silva’s character, the amalgamation of proto-Bond and anti-Bond. But I’d argue he isn’t really evil for evil’s sake. Blofeld is.

Sharp - agreed, 2 of the best “villain scenes” in the series (one of the other’s being our other finalist as he reveals his plan to Laz up in Piz Gloria).

I think one of the other things that elevates Bardem/Silva/the writing, is that he is one of the few villains in the series where there’s is a real sense of his motivation and why he is who he is. Too many villains across the decades have been villainous because, well, because they’re the villain! From Goldfinger to Kamal Khan, too little time has been spent outlining why they are who they are, other than it appears wanting to be rich. And no, do I don’t expect subtext or backstory in the likes of TSWLM or MR, but other than being “maaaad” why do Stromberg and Drax have a fascination with plain old trashing the place?

The more memorable villains in the series do have more to their character than just their “device” as to plot, and Silva is the best example of a fully fleshed out character with motivations and actions (and words) that reflect that.