On October 5th it will be 60 years since the first James Bond film was released.

So far we know that a Bond music documentary will mark the occasion.

What else would you wish for? Sure, nobody but us will listen. But hey, that‘s what we’re here for.

If you produce a documentary on the music give us at least the remaining unexpanded scores in their full version. It’s time. We care.

Premieres are happening again, so drum up some attention for what you achieved with those who helped you achieve it.

Yes, you don’t want to go back on that merrygoround yet, but wouldn’t this anniversary be a perfect opportunity to tell the world about the next actor and a timetable for the first film? Even the election of a new prime minister has a date set.

Release all the scores remastered and expanded

This is at the top of my list. Moonraker’s complete score was apparently scheduled to be released not long ago. So hopefully it still happens, and soon.

Honestly, I’d love if we got the films back in theaters in the states, not just the UK and Ireland. I’m sure AFI, Alamo Drafthouse, and other theaters would love to play them.

This is at the top of my list. Moonraker’s complete score was apparently scheduled to be released not long ago. So hopefully it still happens, and soon

It was a Kickstarter campaign back in 2015 to do a re-recording of it but that fell through due to rights issues. I would be shocked if we ever see either the original recordings or a re-recording, although I too would love it…

Release the films on 4K Blu-ray.

Anything else they do, quite frankly, I don’t particularly care about. Ahead of the anniversary, we’ve killed Bond, presumably had the Fleming literary timeline officially closed with Horowitz’s new book, and have Bond MIA in the other official literary adventure that’s coming. Great time to be a Bond fan.

I’m down for releasing all the scores remastered and expanded–at the very least all those that have not yet been done (DN, FRWL, TMWTGG, TSWLM, M, O, LTK).

I also love the idea of announcing the new James Bond 007 actor (hopefully Henry Cavill) and a release date for his first film.

Getting a chance to see ALL the Bond films up on the big screen would be nice too.

And somehow, someway, I’d love to see an announcement that Geoffrey Jenkins’ long-lost 007 novel Per Fine Ounce has finally been discovered and will be released sometime next year. (And along those lines have Raymond Benson release his The Heart Of Erzulie in its original 007-starring form.)

I agree with Dalton: all Bond movies on 4K discs. All the other famous movie franchises are already out on 4K discs, why waiting with Bond? The blu rays are all taken from 4K prints, so they already exist.
And get finally Golden Gun, Spy, Moonraker, Octo, A View, LtK and GE on expanded/ full score cd’s and maybe Dr. No too (although it’s not the best score to have). With Russia and GF I can live with what we have, there’s not much score left.

Premieres are happening again, so drum up some attention for what you achieved with those who helped you achieve it

I’m holding out hope they have some sort of official Bond event or convention, although I would have thought we might have heard about it by now if it was happening

We already got With a Mind to Kill, so I’m good on the literary front. Though, I know only number 2 on my list is realistically possible, I think. I still don’t believe the Goldeneye remaster will ever get released.

listed below is roughly what is currently missing from each EON James Bond film score that has been released on CD to date :-

DR NO - tecnhically none of the orchestral score is released, around 15-20 minutes

FROM RUSSIA WITH LOVE - around 15 minutes

THUNDERBALL -20-25 minutes, including some album only recordings and unfinished music

YOU ONLY LIVE TWICE - if you don’t count re-edited cues, this one is mostly complete

ON HER MAJESTY’S SECRET SERVICE - around 10 minutes

THE MAN WITH THE GOLDEN GUN - around 25 minutes

THE SPY WHO LOVED ME - the whole score is missing, around 40 minutes

FOR YOUR EYES ONLY - around 10 minutes

OCTOPUSSY - around 25-30 minutes, but that doesn’t include any circus music, that was library recording

THE LIVING DAYLIGHTS - around 8-10 minutes

LICENSE TO KILL - around 40 minutes

GOLDENEYE - about 20 mins, plus 5:52 for the John Altman tank chase cue

CASINO ROYALE - around 10 minutes still to be released on CD

QUANTUM OF SOLACE- about 20 Minutes of music to still to be released on CD ?

As you can see from above there is so much more music that us James Bond music fans are missing from a large number of the Bond films , so many great cues probably in total over 7 hours of unreleased music, that’s a huge amount of missing music, that deserves to be heard.

La La Land Records have already done a fantastic job of releasing 2 x expanded score versions The World is Not Enough in 2018 & Die Another Day in 2017 in chronological film order.

I am a great believer that anything is possible, even though I know the 1st Three films Dr No , From Russia With Love & Goldfinger the master tapes are said to be lost but they can always lift them by other means these days.

You never know what might happen now we are in the 60th Anniversary in 2022 for me this is too good an opportunity to miss for the James Bond scores as this is the one category the music that has not been tapped apart from the fantastic expansions Lukas Kendall did in 2003 on 4 of the older scores.

Lets hope La La Land Records are looking at all these possible options for the 60th anniversary & they can get through any red tape , as it too bigger opportunity to miss, considering the last big lot of expanded Bond scores was in 2003 almost 20 years ago.

Very good list. I don’t think a new Bond will be announced this year, but I’d like to be wrong. And an update on Project 007 is overdue. Even if it’s just a developer interview about their intentions.

IO Interactive - We are hiring! Join the team in Copenhagen, Malmö and...

We are hiring! Join the team in Copenhagen, Malmö and Barcelona!

This is the only job they’re still looking for in regards to Project 007, so an update this year is more likely, but given they only hired the audio director a month ago, they can’t have done much yet. 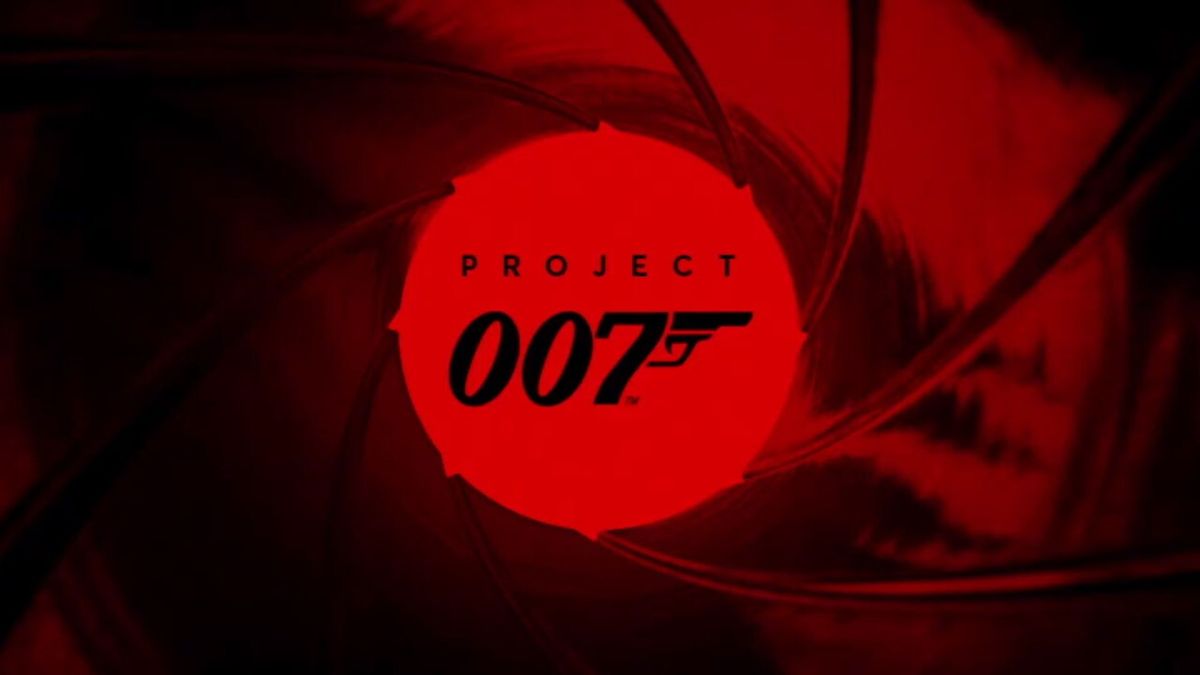 Project 007: Everything we know about the new IO Interactive James Bond game

IO is still hard at work improving Hitman 3, which released in 2021. There’s new content launching regularly, and the long-awaited Freelancer mode has been delayed until later in 2022. That said, it’s likely that IO has another team working through pre-production of Project 007 ahead of a full reveal in 2023.

We’re still a ways off from hearing anything. This game is still in the very early stages of development.

Like I said, the audio director was only hired a month ago, and I know for a fact it’s only been six months since they stopped looking for writers.

IFP makes a deal to release the lost novel, Per Fine Ounce

One can dream! This is my ultimate Bond wish but the one I’ve accepted will never come true.

Crazy wish: EON announcing Brosnan’s return to Bond movies stating that the Craig-arc was like a mini movie series experience and they’re getting back to business as usual…

Realistic wishlist: some kind of ceremony would be nice, with former and current actors and musical acts. sigh When’s the next movie again?

Crazy wish: EON announcing Brosnan’s return to Bond movies stating that that the Craig-arc was like a mini movie series experience and they’re getting back to business as usual…

I’ve long given up on it, but in an ideal world we’d have an expanded universe running in the background like Doctor Who, where past actors can come back in audio or comic form. It’d particularly do wonders for Lazenby and Dalton.

I’d quite like to see all available screen tests on some kind of social media release. I’m sure Connerys test is somewhere…