Feel free to add to this. I love reading opinions and feedback. Mostly this is a ‘what Im hoping to se’ for the next one. I know literally all of these won’t go into the film but it’s nice to make a list anyhow.

That’s all I’ve got.

First of all, I’m totally agree with the fact M is the head of SIS not just a section of it. Keeping the 00 section in the shadows is also more than obvious to me.
About the sequence with the helicopter, I must admit I laugh a lot when I see it…A Barrett .50 would have been far more plausible. But hide it in a tux is a case for the Q branch

…
A come back of Mr Hinx ? Not for me sorry. I prefer a new deadly flower like Luciana Paluzzi was…
I add a personal wish. Like in TWINE with the painting homage of Bernard Lee, a painting of Sir Roger Moore in his uniform will be highly appreciate. 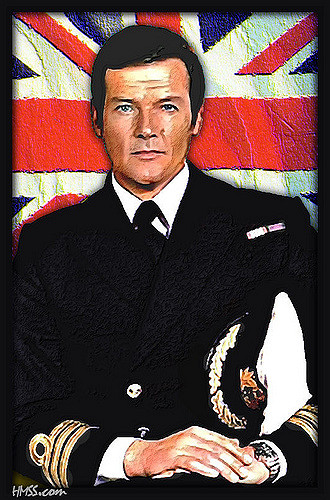 If they bring back Grant in a Craig movie i want Viggo Mortessen. A great nemesis for Craig with equal screen presence and intensity.

I suppose the line about Mallory and the 00-section was rather more due to sloppy writing than a shift of the M portfolio as a whole. Dench’s M - every M in the series - was depicted as the head of SIS. Of which the 00-section is merely a sideline. For all intents and purposes Mallory took over that role in its entirety, not just a fraction of Dench’s former functions. He’d hardly have been at that ludicrous conference with Tanner if he wasn’t supposed to be the boss of the whole gig.

Same with the 00-section mentioned so casually. There is no real reason why such activities should be public knowledge, nor did M need to mention them to regular police forces to establish his authority.

What would I wish for? Ideally something that makes for a gripping story again; something that helps us forget the weaker sides of SPECTRE. For all its supposed personal angle I had never the feeling Bond was really involved in it. Maybe because he’d read the script and knew he’d come out on top again.

The thing that was sorely missing for me was an impressive villain, so I’d want a return of that quality. Show him/her actually doing bad things, instead of merely telling us. The big difference between SKYFALL and SPECTRE isn’t so much the villain’s motivation but the fact that Silva is so much more present and bustling with villainous activity. While Oberhauser is mainly chatting away a bit. Bring back a villain who really kicks the good guys where it counts.

What I really want is a better showing for Blofeld and Spectre. I don’t want the Craig films to end with what we got the last time out having been it…

Waltz is fine, I just think his usage in Spectre was underwhelming. Give me one movie with a scar down the side of his face, pissed off, and slightly unhinged Blofeld.

Even though I like Waltz as Blofield, towards the end of the film I felt he was underused. I understand the direction they wanted to go with SPECTRE but, the big bad should never be captured in his reintroduction.

Also Mr. Steed, I highly agree with you. The portrait would be a very ideal tribute.

Also Mr. Steed, I highly agree with you. The portrait would be a very ideal tribute. 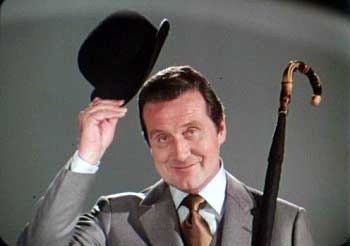 Love the idea of a portrait of Sir Roger Moore in uniform. Having a scene take place at a Naval installation where Daniel is also in uniform would also be great. Bond hasn’t been in uniform since 1997 so it’s long over due. It would be an appropriate place for a portrait of Moore to be displayed.

While the idea of getting Waltz as Blofeld back to give the character the opportunity to be more effective I don’t think that Waltz is the right guy to do it. His Tarantino-formed shtick has a very narrow range, and I would prefer the whole Spectre-storyline really wrapped up in that film, with BOND 25 leaving that behind and never looking back.

Since the Craig era now clearly was meant to take every idea that came before and use it in its own way, Spectre and Blofeld were dealt with already. Time to end the era on something else.

Waltz didn’t seem all too hot on his part himself; I’m not sure he’d like to return even if they had asked him. But recent comments about ‘Blofeld tradition’ make it seem unlikely. Maybe the character will be dropped entirely for a few films and only picked up again well beyond the 2020s. By which time the details of the entire affair will have turned so hazy as to allow them another incarnation that’s once again so ambiguous it could be traditional Blofeld, Bloferhauser or a complete reboot.

Or they bring back Mr White and show him to be the really ingenious bas**** who set Bond on Oberhauser’s trace, faked his own suicide and is now happily rid of Bond and his rival…

Given we saw his rotting corpse being feasted on by crows, that may be a tough sell.

Having said that, I’d love if Mr. White had been in charge at all times. The mastermind had actually been on screen since day 1!

Of course, Bond should be fairly certain when someone shoots himself with his gun at arm’s length. Then again, Mr White has been the vastly more intriguing figure compared to Oberhauser. I’d be willing to buy that stunt over most of what SPECTRE offered in the end.

Spectre and Blofeld were dealt with already. Time to end the era on something else.

Honestly i think that decision will be influenced less by the direction Eon want to go in and more by the quality of alternative ideas and scripts they receive from the writers tasked. There’ll be a lot of important heads that any new direction will need to satisfy. If they can’t agree upon a new direction they may have to agree upon continuing the current storyline.

Surely this phase has past and whatever the direction is it is underway. But it’s one thing to say we should have a new and better story than the now established SPECTRE organisation and quite another to provide one and convince everyone it’s better. After all, Spectre didn’t exactly lose money and in the studio corridors that’s probably very attractive in the context of this years cinematic flops.

So i suspect they’ll be loud voices demanding that the SPECTRE organisation be re-tooled and tweaked for 25, rather than abandoned for something new and untested. The fact that it’s Craig’s send off will be a minor consideration to those with eyes on the bottom line.

Frankly, by now Eon must have warehouses full of unused scripts for any number of films. Fact is, they are not much wiser than the average guy why some of their efforts work splendidly and others don’t. SKYFALL was an inverted remake of TMWTGG, both novel and film. SPECTRE was an inverted remake of OHMSS. Both villains had personal motives, both films are hugely longer than the average Bond production. Both times the cast was outstanding and the story unusual by Bond standards. Yet the result was very different.

It’s indeed anybody’s guess whether P&W will go down that route again - their comments suggest they are aware it’s not the easiest task - or whether at all the powers-that-be will want changes. But I thought until recently it was at least agreed Craig would have some kind of minimum demands on the script. Well, we’ll see how that plays out…

The problem that SPECTRE introduced is its open ending: Blofeld is still around, and if he is such a powerful mastermind of a world wide acting organization it would not make sense for him not to appear in Bond´s life again in BOND 25. Especially not since every previous CraigBond-story actually had Blofeld orchestrating the other crises Bond had to solve.

Then again, EON probably thought that the Craig era is done with SPECTRE anyway, so they okayed the ending.

Now they are in the difficult position of losing either way: if they drop Blofeld they leave a huge weak spot in the whole Craig era - but if they construct a big finale with Blofeld it might fall as flat. Also, if Waltz really does not want to come back they will have to recast and clunkily explain this with cosmetic (and vocal cords) surgery. Not an enticing idea either.

My advice would be: turn the page and show CraigBond four years later (hey, that would even be realistic) deal with a new threat - but mention Blofeld and Spectre having been dealt with in the meantime. Blofeld could have died in prison - a hit job ordered by Spectre which has since disbanded with most of its members having gone underground and working their own separate operations. It´s unrealistic anyway to have worldwide criminals working for one boss alone - sooner or later they would feast upon each other.

Indeed, Craig will have made his return dependent on having the final say in the script.

Which is never a good thing, having a star actor be the decisive factor. (Most of the time they are too nervous anyway to love something - so they go the easier way of hating everything in order to say in the end: oh, the quality wasn’t there, I said it the whole time!)

Craig now knows (and has publicly raised the bar himself) that he needs to go out on top - so that has raised expectations no one can meet. Because what is good enough then? Especially since nobody will know until the script has been turned into a film, and by then it´s too late.

In my mind, the whole Bond-machine worked during the two-year-rhythm because they always had enough ideas stored to put them together again (granted, they also had Fleming stories to choose from back then).

But even without Fleming´s work they will have amassed enough ideas to practically make a Bond film much more often. However, they now have put themselves into this weird position that every Bond film has to be an event of “peeling off the layers with A-list directors so we can act as if this is not just another pulp fiction-actioner”. That’s what makes them second guess every thing.

And the distribution problem makes it more difficult (and probably easier to hide the internal impasse).