Could the Bond Films Make Use of Juli Firso?

Thanks to the internet I recently stumbled across Juli Firso, a Russian glamour model, dancer and martial artist (Muay Thai, Brazilian Jui-Jitsu & Thai Boxing). I found this to be an intriguing combination and naturally I thought someone so beautiful and dangerous would fit right into the world of Bond. 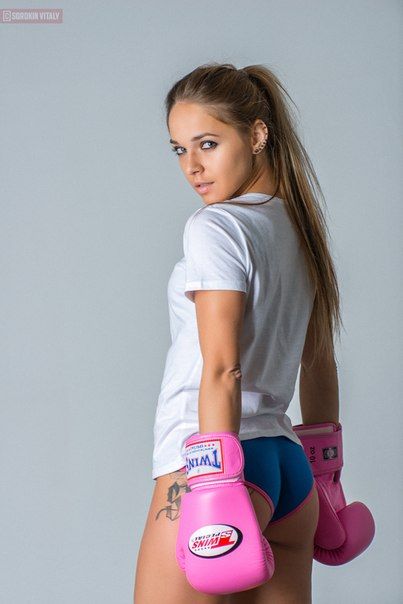 Of course I have no idea about her acting ability but I was thinking of her as a hench-person rather than a Bond girl. Such roles can be made memorable by a performer’s raw charisma and from what I’ve seen she seems like she’d have an interesting screen presence. We haven’t had a stand-out hench-person for a long time and a glamorous but deadly Russian could be just what the series needs.

If they were to go this route, I’d much rather they get Gina Carano to do the part. Just going based on the provided picture, I think Gina would be more physically imposing and would be a neat twist by having a female henchman in a similar style to a Grant or Necros in terms of physicality and intimidation.

The problem I’d have with Gina Carano is that she’s getting a bit over-familiar having done the hench-woman routine in the Fast And Furious franchise and Deadpool. If they do include such a character then I’d much rather the performer be a discovery in order to help give the film a more unique flavour.
As for not not appearing psychically intimidating, that was something I’d want to play on. I quite like the idea her appearing harmless and lulling people into a false sense of security before unleashing her skills to down everyone in the room.

I’d had a similar thought a while back about Italian model, skydiver, BASE jumper, and wingsuit flyer Roberta Mancino: 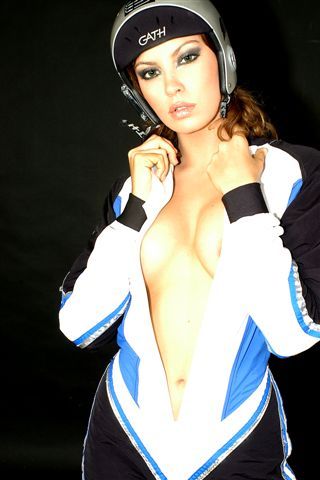 Deadpool is really the only film that I’d argue that she’s portrayed that kind of character. In F&F6, her status, until the very end of the film, was not what it seemed and she certainly wasn’t playing a straight-up henchman in that film.

I suspect that her time has come and gone for that kind of part in a Bond film, though. If they were going to get her, it would have been for the part of Hinx in SPECTRE.

Deadpool is really the only film that I’d argue that she’s portrayed that kind of character. In F&F6, her status, until the very end of the film, was not what it seemed and she certainly wasn’t playing a straight-up henchman in that film.

I suspect that her time has come and gone for that kind of part in a Bond film, though. If they were going to get her, it would have been for the part of Hinx in SPECTRE.

I’ll be honest with you; I haven’t seen F&F6 or any F&F films since the first one (which wasn’t very good). I just recalled reading about Carano having a big fight scene with one of the heroes and jumped to conclusions. But either way she’d done a few big action films and I’d prefer future Bond films to find some untapped talent.

Things are constantly changing for Bond films and I’m hoping the time for the larger-than-life henchman will come again. Hinx was a step in the right direction, even if the execution was lacking.

I’ve not come across Roberta Mancino before (although I’d never claim to be an authority on sports people or models) but I’d say she has great potential for a Bond film too. There’s plenty you could do with her areal expertise and we haven’t seen an epic skydiving sequence in a while. In addition she’s a black belt and SCUBA dives where she likes to pets sharks. I’m sure good Bond villain would kill to have hench-woman like that at their disposal.

I had hoped that this would lead to a little more debate so instead I’ll use it as a segue.

I’ve already lamented the lack of memorable henchmen in recent years so I thought it would be cool if they could make up for lost time by having a team of them. Instead of having an army of guards/ unnamed goons the villain could instead have a group of 5 or 6 elite people working for them who are all colorful henchmen with names, distinct personalities and specialties.

Using what’s already been discussed in this thread as a jumping off point we could have:
Juli Firso as the hand-to-hand combat specialist
Roberta Mancino as the aerial specialist (pilot, skydiver and all-round daredevil)
then you could also have;
A sniper/ weapons specialist
A tech specialist (hacker, drones etc.)
A demolitions specialist

We’d see them all in action early on working as a cohesive unit and a force to be reckoned with. Then the climax of the film would see Bond trying to thwart their big scheme and take of them out one by one. Perhaps he already killed one earlier in the film giving them each more reason to hate him as he killed one of them.