Everything pertaining to the Novel Coronavirus can be discussed here.

Mod addendum: for reasons of etiquette I need not state the obvious. The obvious being that anybody spreading QAnon bullshit, conspiracy theories, Elders-of-Zion hate preaching so on so forth, leaves immediately by the backdoor.

We keep to the facts, the figures, the scientific research and modelling based on the above. We don’t deal in panic, nor in painting things rosey. We report what we’ve observed and experienced ourselves and avoid hearsay. 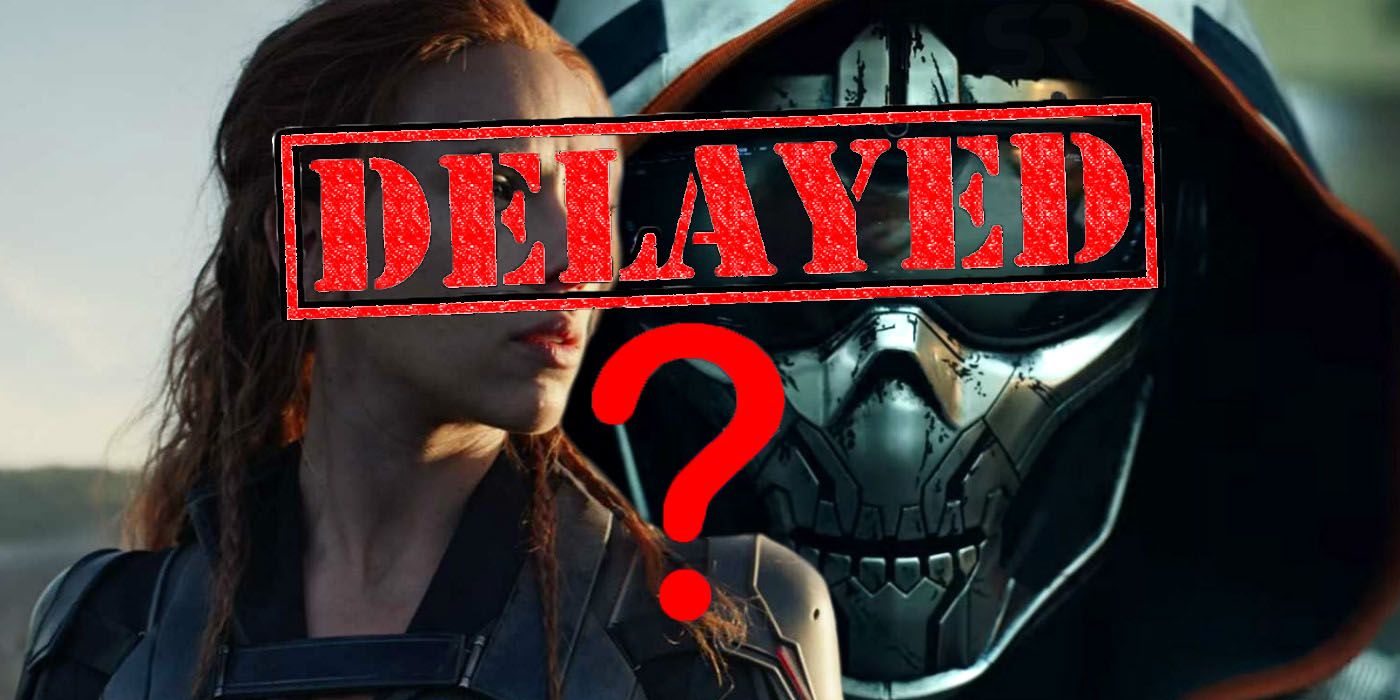 surprised since the trailer they just dropped last week had the old release dates, I thought they weren’t budging

I think under the current circumstances there is no way to avoid moving pretty much every public event significantly into the future. In Europe theatres, restaurants and bars are closed, schools and nurseries likewise - with exception where doing so would impact on previous strategy, for whatever reason. So there will be for a time no European market. The American markets will surely follow in due time if there doesn’t happen a huge extra-natural occurrence. Which it won’t.

It’s either halt everything or move it to streaming, which I believe will not work for many cases, especially the more expensive films. Waiting out the storm seems the least bad option. 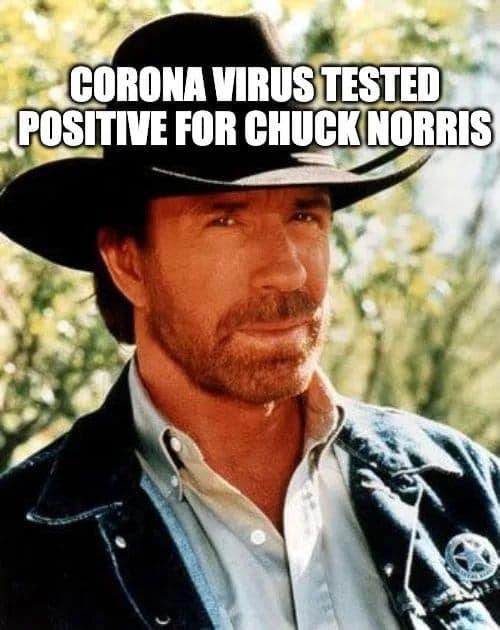 I’ll be honest, I don’t have any facts figures or scientific research to contribute here, and I hope this isn’t classed as panic, but - in a very broad sense - I just have to ask: is anyone else struggling to grasp the magnitude of what’s happening? It still feels so surreal to me.

No, this is not panic - this is just human.

It absolutely is surreal and most people that I’ve met know on a cerebral level that they can be affected, most likely will be affected, with schools and stores and shops closing and public life reduced to buying essentials. But they fail to believe it on the simple gut level.

I’ve been about on my bike today and the streets and parks, though significantly less populated than they would on the first sunny spring Monday, were nowhere close to being deserted.

Yes, there are people buying toilet paper and noodles in bulk - but for every one of them there are easily four not acting in a panicked way, rather taking in things in stride. Not because they are particularly reckless or dim - because it’s an entirely novel, strange and unusual situation. That once again affects the entire world. How small it is, how fast it travels - tumbles? - through these times.

Additionally, the US box office just had its worst week in 20 years, including a major Disney movie from Pixar, Onward, that would likely have done a lot better had it not released amid a global pandemic. I’m sure that the powers at be at Disney are taking that into account. Couple this with the exponential increase in cases in the last 2 weeks, moving Black Widow seems a lot more likely now than just a week ago.

Moving back is also the best option in light of the general state of affairs in the industry: apparently all major productions have come to a halt, even streaming and tv. There’s not going to be a major jam of productions clogging up slots later on simply because nobody can move forward significantly.

Sitting out the crisis with films on shelf doesn’t harm the films. Many, like NO TIME TO DIE, will be even more eagerly expected because they were effectively ready to roll into theatres. And then there’s the symbolism of having these films finally arrive on the big screen - people will feel as if it’s a confirmation that the worst is over and celebrate them.

EDIT: I’ve just read an analysis of the Covid-19 impact especially on the Disney corporation - it seems like they are affected disproportionately by closure of their parks, their cruise venture and the film business. This might make a general reset of their course more likely in light of the vast losses they will have to put up with.

I think this could be a nice place to come for support. Here in Sydney, life goes on as mostly normal, with plenty of people going to work, and plenty of people on the train in the morning. However, we have had the panic buying situation here.

Personally, I work in public gatherings, and my wife is a teacher so we could both be unemployed by Easter.

But we’re using humour to get through this time.

One thing that’s important:
There may soon come a time - in some regions/cities/countries it’s already a reality - when public life is restricted to the most basic things, getting food, getting to doctors or hospitals. Whatever you call it, lockdown, curfew, social distancing, it will affect the elderly and already ill the most.

Many countries don’t any longer have social services to care adequately for these cases. So if you are affected by the above measures and if you know of elderly or handicapped people in your neighbourhood needing help please see if you can do anything. Even small favours can go a long way, checking up on them once a day or calling them, offering to bring stuff from the supermarket, so on.

Our communities are simply not knit as closely as they once were and the old and weak are likely, regardless how much effort governments invest, to suffer the most and fall the deepest into this Corona hole.

I’m aware of what’s going on, but I’m thinking locally and trying to shut out the noise which I think can be unhelpful. I’ve narrowed it down to focusing on what I do myself and the environment around me. I’m thankful I started stocking up on various supplies about three weeks ago. The supermarkets are a war zone now with stripped aisles.

But we’re using humour to get through this time.

That time has come to six counties in Northern California–SF and the entire Bay Area. They have just issued “shelter in place” orders where we are basically told to stay home. All businesses but essential services are to be closed. We should only go out to get supplies at stores, or help others such as the elderly. This came after CDC said no groups larger than 50 for eight weeks, the U.S. government suggested less than 10 people.

Yesterday, the state governor ordered the closure of bars, clubs, and gyms. Restaurants will be takeout and delivery only. Friday most school districts closed (CA is one of 17 states that has yet to mandate all K-12 school closings.) As I type this, Idris Elba just said he tested positive for it. It hasn’t even been a week since the NBA suspended its season last Wednesday. Last Tuesday was when NTTD got delayed.

Thursday morning there were 1301 coronavirus cases in the U.S. and 41 deaths. Today (Monday 23:03GMT update) has 4599 cases and 86 deaths, both exceeding exponential model predictions. Cases are doubling every 4 days and increasing tenfold in 13. So that means there could be 50,000 cases in just under two weeks, especially since future cases have already been affected a week or two ago. Then perhaps we could see some flattening of the curve. However, the number of new cases are also increasing exponentially (737 yesterday, already 878 new ones today exceeding model value of 849.) But getting worse could be a good sign as it means more testing and a better grasp of how many have it. These are all factual data from the worldometers website. They also list other affected countries.

Within a week, life in the U.S. has changed to nothing like we’ve ever seen before. The life changes are exponential as well. No sooner do you have a thought, then it happens within days if not hours. It’s no longer a theoretical exercise or a news abstraction. It has become a hard reality very quickly. Take social distancing seriously before the decision is made by somebody else. Don’t panic. But prepare.

Similar measures are being considered for Louisiana. We’ve gone from 0 confirmed cases to 136 (majority centered in New Orleans) in a week with 3 deaths. All K-12 schools are closed until mid-April. Bars, restaurants, and casinos are closed and all gatherings over 250 people have been banned. Strange times we are living in that’s for sure.

Amazing to think that, just 10 days ago, my wife and I were with 28,000 others at the Elton John concert here.

Yes, really strange. And then there was that fan on YouTube ranting to high heavens about NO TIME TO DIE’s move while he thought it ‘was basically over already’ or words to the same effect. The guy was by no means alone. Now here we are all together again, feeling reality bite.

Unfortunately, I’ve had the misfortune of seeing a few videos (did not watch them completely) of certain we’ll say “fans” who used No Time To Die’s move to spout off alt-right/racist/misogynist crap, just as happened with the Star Wars films and Captain Marvel. It’s an embarrassment. We are in the midst of a global crisis that affects everyone and yet certain people still see it as a license to be awful.

And to all of those alt-right/racist/misogynist trolls who tried to claim NTTD’s cancellation was the result of awful test screenings causing reshoots to remove “offending SJW and PC stuff”, do you still think that?

I suppose there have been many fans who simply couldn’t grasp the enormity of the situation one week, ten days ago without most of them coming from that direction. Remember that back then many countries didn’t have the massive restrictions of public life in place they do now. Some still don’t want to face the reality, against the vast majority of experts and scientific evidence that point to the necessary steps. I think up to a point fans - ordinary people for the most part - can be forgiven if they initially thought this was overreacting when even their authorities and governments didn’t all grasp the seriousness of the situation.

Right now we are all together in this, a virus infection that spread around the globe and knows no countries, no political sides, no right or wrong. As individuals we can do very little - but the little we can do will eventually overcome the virus if we’re all doing it. The delayed release of a minor piece of entertainment, less than three hours of idle distraction, is a very small and insignificant detail in the larger scale of things.

I do wish to thank our community here at commanderbond.net, and you Dustin, for providing us a safe place to discuss these issues rationally, and share facts and our feelings.

Honours must go to @Skyfail for creating the thread - but the idea in general is a solid one we can definitely make good use of here.