Emma Raducanu and Daniel Craig to be recognised by the Queen in New Year’s...

According to the Telegraph both Daniel Craig and Barbara Broccoli are tipped for recognition in the Queen’s New Years Honours list this year. Broccoli, already an OBE with dual UK and US citizenship, would become a Dame while Craig is reportedly in line for a CMG. This is a little odd as CMG’s are usually given to ambassadors or real life spies. Literary Bond had one so maybe it is appropriate and the Telegraph article speculates that his role alongside the Queen for the 2012 Olympics may have played a part.

Whatever the reason it’s really nice to see both of them get some recognition. It’s been a rough couple of years for Bond so I hope we can all appreciate the win.

It’s because of the other honorary title he received earlier this year, they can’t make him a CBE - The Navy already made him a Commander!

Actor Daniel Craig has been made an honorary Commander in the Royal Navy – matching the on-screen rank of James Bond.

Just read the list, Ms. Broccoli is now a CBE, an upgrade to her OBE (not a Dame however). Mr. Wilson’s OBE was also upgraded to a CBE. Daniel did receive a CMG like his literary counterpart. And Anthony Horowitz also upgraded his OBE to CBE. Here’s the entire list: https://assets.publishing.service.gov.uk/government/uploads/system/uploads/attachment_data/file/1044471/new-year-honour-list-2022.pdf

Joanna Lumley on the list for Dame…
(and Vanessa Redgrave, Dalton’s ex…)

I give a standing ovation

Was fortunate to see her in “Orpheus Descending” and “Long’s Day Journey into Night” (her Mary Tyrone is the best I have seen, and I have seen Colleen Dewhurst, Jessica Lange, and Lesley Manville in the part), and just walking on the street as un-starish as possible.

John Boorman is also a Knight Bachelor (can someone educate an ignorant Yank about what that means?). ZARDOZ and EXORCIST II: THE HERETIC have been forgotten/forgiven. 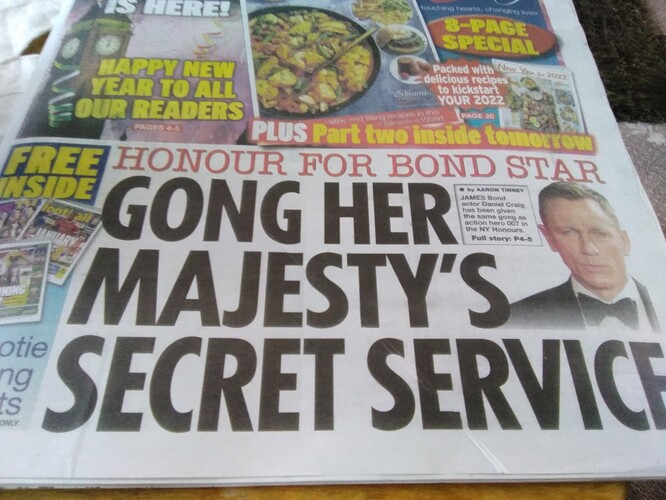 Knight Bachelor is the lowest rank, not related to an order*, non-hereditary and cannot be given to women or foreigners. Holders of this rank receive the right to be addressed as ‘Sir’ (and their female spouses as ‘Lady’) but that’s about it. Usually they also don’t feature fancy postnominal letters like OBE, CMG and the like. It’s a bit like having a ‘von’ and nothing else in German.

It’s supposedly the oldest title dating back, phew, 700 years or so. Basically it’s given for public service today.

*But you can be (junior) member of an order and Knight Bachelor. The ‘Sir’ only comes with the Kt

Knight Bachelor is the lowest rank, not related to an order*, non-hereditary and cannot be given to women or foreigners.

Re: lowest rank: maybe they did hold THE HERETIC against him.

Let’s call it entry level. Often it’s not the end of a career but a first acknowledgment and subsequent honours are to be expected.

So if he’s doing another nine films who knows? Maybe THE HERETIC will be forgotten by 2030…

So if he’s doing another nine films who knows? Maybe THE HERETIC will be forgotten by 2030…

He is only 88 years old, and he did make many British-centric films.

Sadly, though, I think this is it: “Thanks for your service, and don’t let the door hit you on the way out, John.”

So Could one ever forgive The Exorcist 2 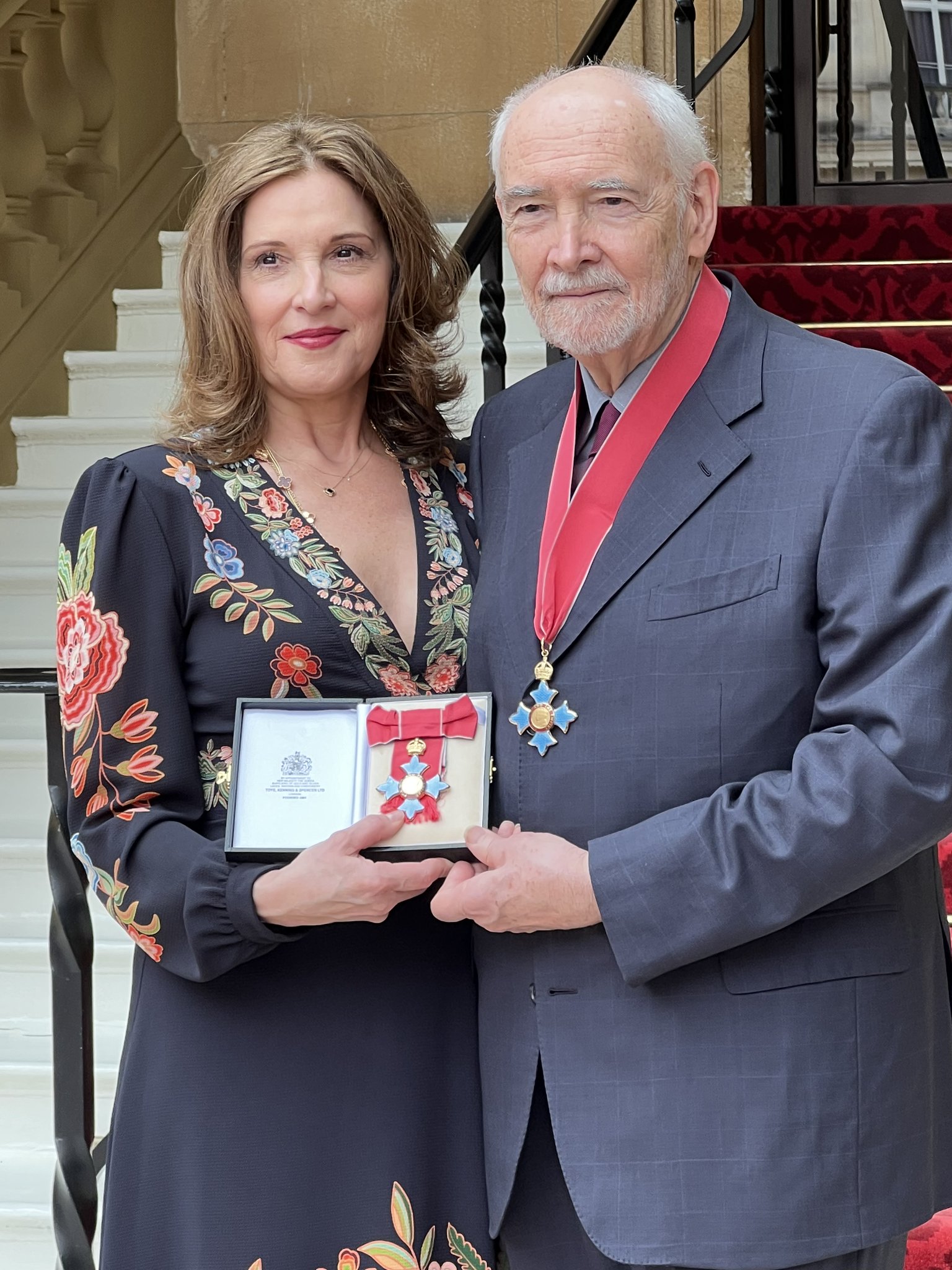 @
Producers Michael G. Wilson and Barbara Broccoli had their investiture at Buckingham Palace today where they were awarded with their Commander of the Order of the British Empire medals.
3 Likes
secretagentfan June 24, 2022, 5:33pm #16

You mean that film did well?!? Especially for British economy?!?!? 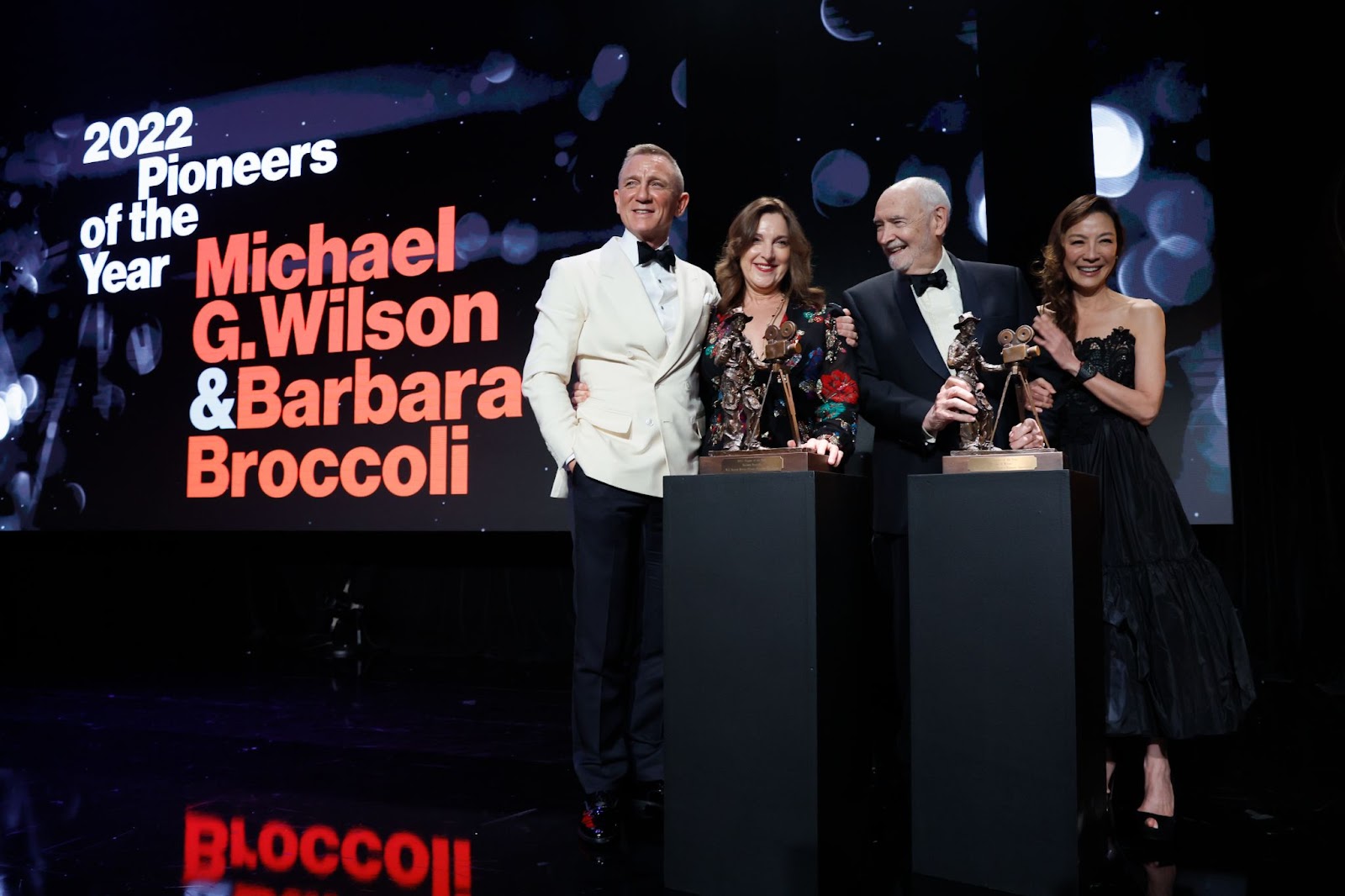 @
Michael G. Wilson and Barbara Broccoli were honoured at the 2022 Pioneer of the Year event in LA organised by the Will Rogers Motion Picture Pioneers Foundation. Daniel Craig and Michelle Yeoh presented the award, while Sam Smith performed Writing’s On The Wall. #60yearsofBond
1 Like
MrKiddWint September 22, 2022, 7:23pm #19

An apropos song choice from one of their greatest productions.