Daniel Craig as Macbeth on Broadway

I’ve got tickets for my birthday weekend in June. Upper balcony, but hopefully still a good view. 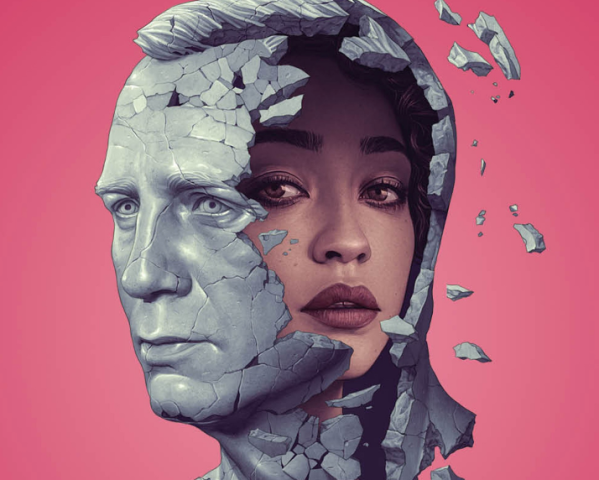 The Show Must Go On: ‘Macbeth’ Director Goes On Stage After Coronavirus...

“When shall we three meet again?” The answer is: when corona lets us. Earlier this month, Daniel Craig brought preview performances of a new Broadway production of Macbeth to a halt aft… 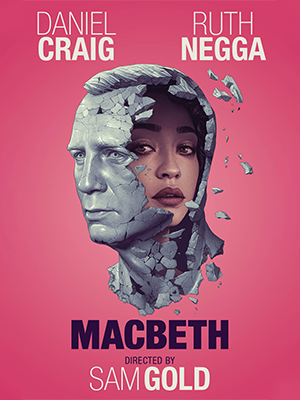 Did They Like It? is the leading review aggregator for live theatre on and off Broadway. Our mission: to make reviews more accessible and digestible – they should be easy to find, bite-sized for the fan on the go, and most of all helpful to buying...

Hmm, not so nice, these reviews. 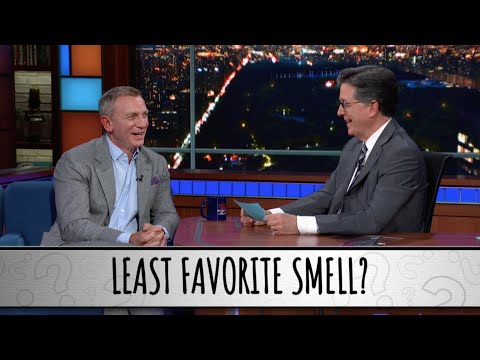 During the final days of tech rehearsals in March, photographer Charlie Gray was on hand as director Sam Gold and the cast of “Macbeth” put the finishing touches on their bold new adaptation.

Tony nomination for Ruth Negga, nothing for Daniel Craig…

ony nomination for Ruth Negga, nothing for Daniel Craig…

It is a brutal category this season. Also, no nomination for Laurence Fishburne in “American Buffalo,” and the nominators chose to expand the category for to allow all three actors in “The Lehman Trilogy” to be nominated.

“Macbeth” not getting a Best Revival nomination indicates there was little love for the production, which has been more of a financial success than an artistic one. Same result when Glenda Jackson starred in Sam Gold’s “King Lear”–no nomination for the star, but one for another actor.

Very interesting, is it the financial success that stops the nomination or are star vehicles so to speak, rarely rewarded?

Awards often are a product of envy.

Reviews were not that kind either.

Also often a product of envy.

In the end, all awards are mostly a signifier of current popularity with the award voters.

Very interesting, is it the financial success that stops the nomination or are star vehicles so to speak, rarely rewarded?

Star vehicles are often rewarded, e.g., Catherine Zeta-Jones in “A Little Night Music.” Financial successes are also garlanded. This year is just a strong year for actors in a leading role. If I were a Tony voter, I would be hard-pressed to choose one of those performances, which were all thrilling in their own way and contect.

From the reviews and what I heard, Gold wastes Craig–which is something he has done in other productions with other actors, where his ideas about the play overwhelm both text and the performers. Gold often likes his concepts to play the leads.

I saw the play yesterday at the matinee. Craig was good as Macbeth, but I think the real standout was Ruth Negga. Craig didn’t come out to the stage door between shows, but one of the other cast members did, and handed out a few playbills signed by Craig and Negga. 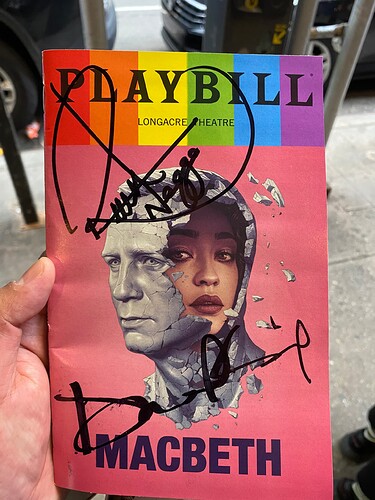