What about title sequences?

Deathmatch: The Women has concluded

The final result of this Deathmatch is questionable, as the undisputed Best Bond Woman did not take part in it… 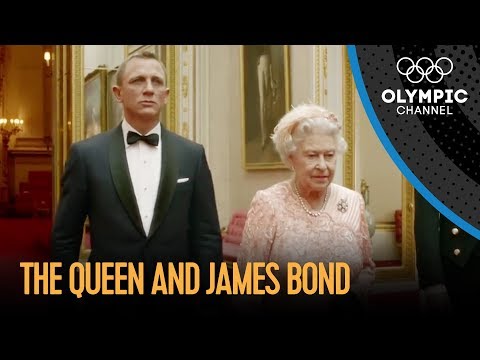 Yes, very sad. Not an original observation but that point that she reigned, did a job, for more than a quarter of the time that the USA has been a constituted nation - what a life. What a good life. We shall not see her like again.

The group stage of the Henchpeople Deathmatch has concluded with the following outcomes:

Possibly always nailed-on as a May Day victory and Hinx is runner-up due to match wins but that form and goal difference put Kronsteen into the Lucky Loser category for Round 2, certainly. Might come a bit of a cropper as he is up against Wint & Kidd (see below)…

Dimitrios may be a bit unmemorable but would that practically mute Michael-Stipe-a-like Kratt have done any better? Expect a “Sideswipe” vote asking who the henchperp in Casino Royale actually is. There might be a few votes like that as main henchbod seems to be a matter of debate for several films.

Could probably have predicted Prof. Dent coming last (again, another vote there I suspect) but it’s not actually that bad a showing compared to some of the other last places. Still dead on the floor with one in the back for luck, though.

Again this one might have been a bit predictable but Dario may have underperformed there. Should it have been Krest? Discuss (later, though). Primo - that’s pretty bad and equal worst “Goal Difference”. One in the bionic eye for that lad with the very bad haircut. Not the worst on form; there’s another lad with awful hair for that…

Tee-Hee would get through on a Lucky Loser basis…

Gulf between the top two and the also-rans here is pretty grim but Renard will just scrape into Lucky Loser territory and he’ll be up against Hinx in Round 2. Go on, Hinx, gouge his eyes out - he won’t feel it. It would also be doing everyone a favour.

Elvis… has left the building he probably shouldn’t have bothered entering. That really is very poor indeed. Return to Sender, in multiple ittle-bittle pieces. If the sender’s not in, and as is Hermes’ wont, just hurl him over the back fence and watch him smash into a million pieces, then send the recipient an online survey that does not permit multisyllabic abuse. I might be digressing.

Wint & Kidd utterly dominant here, so far ahead of the rest it was hardly worth the others bothering. Although maintaining the record of a Die Another Day element coming in dead last in the group, Zao did manage to juice something out of Wint & Kidd and his failure - although failure it still is - isn’t the worst thing that Die Another Day has visited upon this year’s Deathmatches. Still absolutely rubbish, though.

Nick Nack goes up against Jaws in Round 2. You’d pay to see that, wouldn’t you?

With one notable exception, the closest group overall but on all statistical levels, Necros rather than Locque is runner-up here. Jaws (Moonraker variety) does well enough to achieve Lucky Loser status on form.

Gobinda… oh dear, Octopussy’s just not that popular this year, is it? Not many positives there at all. Despite being one of the few characters to maintain some semblance of dignity throughout the film, still not enough. Hey ho, there’s always next year, unless Orlov is voted in as Henchman. He could, admittedly, do better.

Possibly quite a few changes will come here, but perhaps the current top three will take some moving, even if they rummage around between themselves.

May Day v Locque (on previous draw structure, would have been Kronsteen but played each other in Round 1, so it’s Locque as a “Locque-y Loser”. Yeah).

As ever with the Second Round, things muggerjigger about a bit, although unusually the top 8 are the Quarter-Finalists. That makes it unlikely that Kronsteen drops out of the Top Ten as a henchperson - hmm.

Hinx outperforms every element of Spectre to date, which might be right.

Top three circling each other; the Quarter-Final between Oddjob and Wint & Kidd is open to carnage. Given that Oddjob crushed Necros in a walkover in the Second Round, that one may be brutal.

I am soooo humbled (while it lasts).

Whatever the result of the next round, their stratospheric levels of job satisfaction, carefree attitude to casual murder and kindly consideration of the education of South African schoolchildren will always be a moral victory for Mr Wint and Mr Kidd.

Not to mention their ingenious (over-ingenious?) killing protocols, and dedication to their work: Blofeld is presumably dead, and his plan defused, but they continue to pursue Bond–most likely without any hope of remuneration (unless they got all of their money upfront).

To pick one nit, though: they need to improve on follow-through, and make sure that someone is actually dead. This failure, however, might be necessarily endemic to all Bond henchpersons (and villains as well). For example, if Blofeld shot Bond, and then Mr. Wint and Mr. Kidd disposed of his body at the construction site, DAF would not be feature-length. 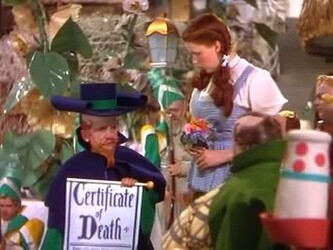 Nice to see the gents giving a good showing. Top eight are, on balance, the top eight

After the Quarter-Final stage, form table:

Quarter-Finals traditionally the point where the participants start taking chunks out of each other and, following that tradition, no-one gains on the form here, albeit there is some switching around. Wint & Kidd deposed but depending on remaining games, unlikely to fall from 3rd and could still climb, depending on outcomes elsewhere.

Kronsteen is a Top Ten henchbod. “Fact”. Fine, might all have been higher had it been Grant but that would have required me to think through all the Deathmatches and that patently isn’t happening.

Having switched around several times, Irma Bunt and Xenia appear to be scrapping it out for 6th and 7th places. Don’t say you wouldn’t want to watch that. Having now irresponsibly planted that image into your soul, I shall skip away.

After the Semi-Finals, form table:

Third-place Death-off (worth voting in for form position) and Final open for voting and both close on 15 September.

Could still be some movement here. Depending on the vote, could be a chance for Wint & Kidd to come from behind and take Oddjob by surprise. Will leave that image right… there.

Yet again a Goldfinger element gets to at least Semi-Final stage. This year, frequently a finalist. Yet to win one, though? All that dirty gold and it still hasn’t quite paid off yet. The Manchester City of Bond.

If Irma comes a bit of a cropper, could well drop significantly down the table.

15 September will launch the vote in the Title sequences.

The winner of the Henchpeople Deathmatch is:

Jaws (The Spy who Loved Me variety). Just.

Seeding for next year straightforward as this is the first time this has run.

Wint & Kidd achieve (the children will be so pleased); from a personal perspective Hinx massively overachieves and Gobinda, Nick Nack and Tee-Hee massively under-so.

Kronsteen an interesting Top Tenner - might be bumped for next year if ongoing discussion about whether Grant is actually a henchman resolves that way.

Top Tens of Everything so far, on form:

The Henchpeople category seems to have opened up some more opportunities for films otherwise not troubling the scorers very much, to have a dabble.

Visits to the Top Ten, accordingly:

Will be shouted at, but can’t help feeling that Diamonds are Forever is outperforming its reputation; perhaps a renaissance is overdue? GoldenEye slowly making progress but still arguably underachieveing for The Film That Is Bond Jesus. The Daltons are definitely underperforming (personal view).

Hinx probably is the least worst thing about Spectre, so a generally unloved experience cracks the Top Ten. Yay Spectre.

For the Bog Alls, with only Titles and Victims left - can they make it?

Admit it, this is more suspenseful than about 80% of the Bond films.

On behalf of Mr. Kidd and Mr. Wint and the entire KiddWint Team, we want to say thank you to our fans for all of their support. We would not be here without you! We also want to congratulate Jaws (TSWLM version) on his victory.

While this year’s showing is not what we had hoped or worked for, there are still takeaways on which we can build during the off-season.

Again, many thanks to our fans! There is nothing we enjoy more than competing in front of you, and look forward to doing so again in a year’s time.

That’s one Humphrey of a Goal Difference that Casino Royale is boasting.

As for Spectre’s naked male torso beating off Dr No’s dots and dancers; you’re all too young to appreciate art. That said, why A View to a Kill’s 007, neon-sprayed across a smashing pair of jubblies, isn’t more highly regarded also defeats me. Still, results in and tough to argue against the top two here.

Live and Let Die. Burning skulls. Widow’s weeds merging with match-heads. Fibre-optic loony-jiving. What’s not to like? Quite a lot, according to this. Still, probably a Lucky Loser.

That bit in Goldfinger’s title when the golf ball runs down her arm; c’mon, that’s smashing.

Quite a tight group, except for the tired old rubbish at the bottom.

Close call here, but on Goal Difference and form, Skyfall tops the group. I like the spinny-round aesthetic of Quantum of Solace, but I realise I have used the word aesthetic and I must ask myself some very searching questions.

Thunderball… yeah, it’s a bit much, but them’s yer Thunderballs for yers.

Coventry City winning the FA Cup. The reintroduction of the wild boar to Exmoor. That time that Jesus lad made all those tuna sandwiches when there was literally nothing in the pantry. Miracles do happen. Die Another Day did not finish bottom of its group! Die Another Day nearly won a match! Die Another Day scored a point! That it takes the sight of an elderly nearly-thespian having his head repeatedly submerged with force into iced water to do it - yeah, I can see that.

Diamonds are Forever continues a strong streak in this second series of Deathmatches, although with more potent competition, can that streak continue?

With one Deathmatch topic left, can Octopussy do anything this year? Sems a bit sad.

As for the rest, probably quite predictable but again For Your Eyes Only creeps into Round 2 on a Lucky Loser basis. Seems to have done that quite a bit…hm. Mayhap it’s just too anodyne to get too worked up about either way. Mayhap one of you is Sheena Easton. In which can a) hello Sheena and b) can’t think of anything else; who are you again?

Form table after Group Stage of the main titles:

Solid lead for Casino Royale 2006 but that doesn’t make it impervious to a knock-out in the Deathmatches. Usual suspects towards the lower end, though.

Round 2 usually demonstrates the largest shift-and-settle, so hard to see how this one plays out yet. The gap between current 7th and 8th - Goldfinger and Diamonds are Forever - does seem to give the top seven some cushion.

I am surprised at the poor showing of GOLDFINGER and NO TIME TO DIE (now that I been awakened to its beauties), and the over-achievement (in my eyes) of YOLT.

It’s the Volcanoes, they are mesmerising