Eric Clapton Version of the Theme?

Read a story in Cinemablend about the Eric Clapton version of the Bond theme that was supposed to be used for License to Kill. It was apparently lost forever. However, someone claims they have it and made it available on archive.org. Links are below. I can’t judge if this is true but if if is, I was a little underwhelmed by this (despite the fact that I like Clapton). I found the rocked up Bond theme used in the Goldeneye Trailer to be better. 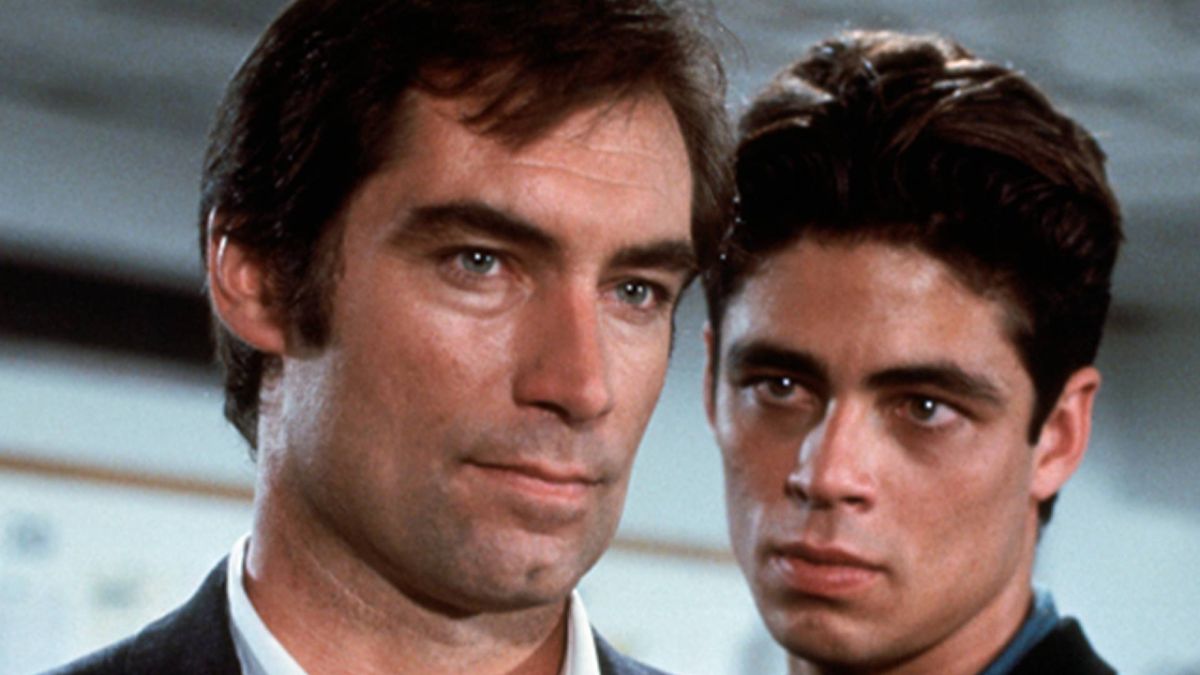 A Previously Lost Version Of The James Bond Theme May Have Been Found, Thanks...

This find is music to the ears.

I’ve seen this debated elsewhere and I think that there are arguments both ways that make sense as to whether or not it’s a fake. It definitely sounds like Clapton, but on the whole I doubt that this is the real deal.

Still, it’s an enjoyable piece of music. The missing Clapton piece from LTK is akin to the Holy Grail for me in terms of pieces of Bond lore that we still have yet to experience. If this is actually it, it’s slightly underwhelming, but really only because it’s something that has been kind hyped up considerably, at least in my own mind, to the point where virtually anything that’s released would be a disappointment. This piece is a solid piece of Bond music, if it’s the genuine article and, if not, it’s still pretty cool to have had something else Bond-related to think about other than what we’ve been getting recently.

Sounds like it could be legit to me. It’s interesting. It’s not world-changing, but it’s solid nonetheless. That said, I can see why it wasn’t used if it’s real. Still fun and well done, though.

I find it interesting reading the article just how quickly the author would have been willing to chuck either “Licence to Kill” or “If You Asked Me To” out the window for Clapton’s piece. Both Gladys Knight and Patti Labelle’s songs in this are strong pieces of work and I think the film would suffer without their inclusion. Knight’s song was a solid return to the classic formula for the Bond title songs after a couple of great back-to-back rockers with “A View to a Kill” and “The Living Daylights”.

Now, granted, we don’t know what the finished product would have sounded like had it made it that far, that’s certainly true. If it were truly intended to be the title track, then one would have to imagine that vocals would have made their way in there, either provided by Clapton himself or some other artist. Given that these songs are now (or maybe they always were, but probably moreso now in a world that is commercialized in virtually every way) major marketing tools to help sell the film, I can’t see them having settled on an instrumental track for the title sequence, even if it was being delivered by a legendary artist like Clapton.

If the idea was to stick it at the end of the film, then that would have been a hard ‘no’ from me. LTK ends pretty darn well as far as I’m concerned. Bond jumping in the pool to win back Pam with the transition into Labelle’s “If You Asked Me To” is my favorite ending to a Bond film, and after the pressure is finally let up there in that scene after the third act’s mostly downbeat and serious tone, I’m not sure it would have worked to have that brief moment of levity with Bond and Pam getting together to then go to this piece of music.

If we had to lose one of the two songs, then I’d probably vote to take out the title track, but if they could have found a way to include all three of these pieces of music, then that would have definitely been something. LTK definitely doesn’t, IMO, get the respect it deserves for its music, and if Clapton’s piece could have made it into the film in a more completed form, it would have taken the film’s music to yet another level.

I have no idea if it’s legitimate or not. However, it is interesting, and I’m glad to have heard it. But as Dalton said if we had to lose this, Licence To Kill, or If You Asked Me To, then the producers made the right decision in excluding this. Also, I didn’t like the intro at all. It sounds amateurish or like a video game. (No offense to video game musicians.) The rest was fine, if not–as the others have said–a little underwhelming.

Never thought about “If You Asked Me To” like that before. Extremely solid point.

The presumed title track wouldn’t necessarily have contained vocals. LTK is a generic enough title, I think you could have gotten away with an instrumental main title theme, provided it was “Bondian” enough.

They might have been able to get away with that in the 60s, but given how much the songs have gone on to become yet another avenue to sell the film itself and also considering that the 80s were pretty much the decade for movie soundtracks, I don’t think there’s any way that they would release a film with an instrumental title track.