Since we don’t have the actor specific sub-forums anymore, I think this is the best place for this. (Let me know if I need to move it elsewhere)

I’ve been on a bit of a kick of Daniel Craig’s non-Bond performances, and I’m curious what everyone’s favorite non-Bond film or tv appearance of his is. I’ve recently watched Flashbacks of a Fool, Defiance, Girl With The Dragon Tattoo, Kid in King Arthur’s Court, Sword of Honour, his episode of Young Indiana Jones, and am currently watching Archangel. I’ve got a bluray of Layer Cake on order from Amazon, though I have seen it before. I’ve yet to revisit Tomb Raider, The Golden Compass, or Cowboys & Aliens.

Personally, I really liked Sword of Honour. I’ve never read any of the books, but I enjoyed seeing Craig in WWII, giving me some idea of what a period Commander Bond series might have looked like, even though he’s playing a much different character here.

Kid in King Arthur’s Court was hilarious just to see how bad the production quality was, and how young Craig was there.

Layer Cake or Archangel, though I should say with Tomb Raider and The Golden Compass that Craig’s performances are better than the film happening around him. I am the one person who liked Cowboys and Aliens, it was a true gritty western that happened to aliens in it!

Also try the second episode of Sharpe, it’s a strong performance by as a womising card player in the military…but he’s definitely the bad guy in that instance.

Without a doubt for me it’s Love is the devil: Study for a portrait of Francis Bacon, 1998

Love Is the Devil: Study for a Portrait of Francis Bacon (1998)

Love Is the Devil: Study for a Portrait of Francis Bacon (1998)

Soon as I saw it around 2000 I was telling friends there’s this actor Daniel Craig and though I know it’s left field I think he’d make a great Bond! Something about his physicality in the sex scenes made him seem dangerous in just the right way. And throughout the film there’s something unpredictable - a contained energy, or rage that may escape at any moment.

That’s something new he’s brought to Bond to make it his own. That light / dark duality stemming from the impression of having been damaged. That was ideal for where Casino Royale leaves Bond - this pre-existing quality in Craig foreshadowing that fate wonderfully.

And obviously his acting chops were impressive too - his presence just as formidable as the great derek Jacobi, who stars as Francis Bacon. 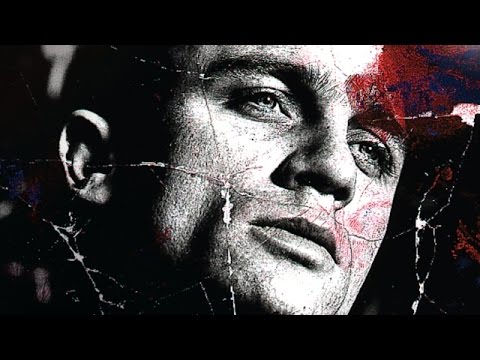 I’d be happy to see Craig reunite with director Maybury for Bond 25 with Jacobi as the villain. Little chance of that, though.

Definitely Layer Cake. That was a thoroughly entertaining movie and properly introduced Daniel Craig to audiences about his Bond potential.

I haven’t seen it for a while, but I remember enjoying The Girl With The Dragon Tattoo.

Speaking of Girl With The Dragon Tattoo, looks like they found someone to replace Craig as Mikael Blomquist:

After breaking out as Bjorn Borg in “Borg/McEnroe,” Norwegian actor Sverrir Gudnason has landed the role of Mikael Blomquist in “The Girl in the Spider’s Web,” Sony…

I’m embarrassed to say it, but the only other one I’ve seen is Layer Cake (which I really, really enjoy).

I continuously kick myself for not getting around to seeing Archangel, The Girl with the Dragon Tattoo, Defiance, Love is the Devil, and even most recently Logan Lucky.

“Cowboys and Aliens”…which I thought was silly fun, but fun non the less

I’ve got a feeling you and me are the only people with any love for it.

Munich. The scene where Daniel’s and Eric Bana’s characters track down and execute the female assassin that killed their colleague is intense.

Given what movie is being released today, I almost forgot my favorite cameo from him!

If his trooper wasn’t most likely dead from the explosion, I’d love for him to reappear with a promotion to officer. I think Craig has the right amount of British pomposity to be a First Order officer. Maybe in Episode IX, since they’ll likely be both filming in Pinewood around the same time, plus J.J. Abrams will be back

‘The Girl with the Dragon Tattoo’.

‘The Girl with the Dragon Tattoo’.

That movie had an odd epilogue which went on for ages, but didn’t seem to amount to much, or inform the story that had been told.

Or had i drifted off at some point and missed the crucial moment that made this extended epilogue make sense?

I did enjoy everything that came before that, though and the film’s Led Zeppelin scored trailer was a cracker!

Enduring Love or The Mother are my favourites

He was excellent in Enduring Love and Road to Perdition;
If you haven’t seen “Our Friends In The North” you should rectify that;
Made for British TV it’s a fantastic piece of work;
All four leads (Craig, Christopher Eccleston, Mark Strong, Gina Mckee) are fantastic, the 3 former all going on to much bigger things, a mystery why Mckee never got better roles.
It also has a supporting cast stacked with great British character actors; Alun Armstrong, David Bradley, Malcolm McDowell, Peter Vaughn etc

I’m also one of the few who enjoyed Cowboys & Aliens;
Lastly; he was great in Munich, how I wish he and the overrated Eric Bana had swapped roles…

Munich. A great movie and bonus points for having not 1 but 2 Bond villains in it.

As father and son. Drax is Greene’s father! It makes so much sense now!!

Layer Cake, for my money. He played very well opposite Michael Gambon who, incidently, would make a great Bond villain one day!