Anyone else here watch Hawaii Five-0? Being born and raised in Hawaii, I’ve been watching it since the reboot, and I remember thinking then that they rebooted and revitalized this franchise in a similar way that Casino Royale did for Bond. It wasn’t until much later that I found out that Alex O’Loughlin was up for the role at the same time Henry Cavill and Daniel Craig were, and did in fact screen test for it. (side note, I would love to see all of the screen tests of these potential Bonds). I think Alex could have pulled it off, and certainly looks the part: 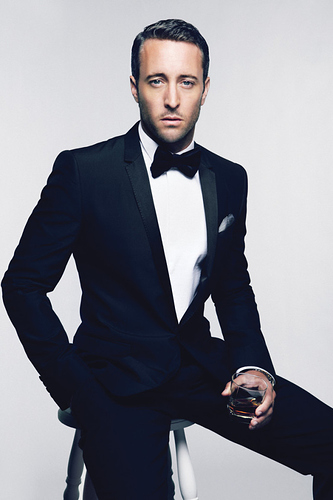 I’ve been rewatching the series with my fiancee, and I gotta wonder if EON had been inspired by some of their story ideas when they made Spectre. I’ll spoiler tag this stuff in case people haven’t who haven’t seen Hawaii Five-0 yet don’t want to be spoiled.

The show likes to nod at O’Laughlin’s almost history with Bond, with them throwing him in a tuxedo now and then and playing some very Bondian music. There’s also a recent episode where the team encounters a MI6 agent and they have fun with lots of Bond references.

Of course, the original series had it’s own Bond connection, in that Jack Lord was the first Felix Leiter.

The show by it’s nature is a police procedural, similar to the NCIS shows, but it’s quite entertaining.

My wife and I are 5-0 ohana! On our last trip to HI in '15 we tried to visit places we saw on the show (like the statue of King Kamehameha outside the Honolulu court house).

I’ve been riding the waive of the 2010 Five-0 reboot since Day 1 and absolutely love it! Very sad that Daniel Dae Kim and Grace Park left the show (I can totally understand the reasons behind their decisions but hopefully something can be worked out where they can return for Season 9). The new characters of Tani and Junior are growing on me though and so far I’ve enjoyed Season 8 much more than I thought I would without Chin Ho Kelly and Kono.

Love all the Bond references episodes too! I know exactly which ones you mean. “Well, we all can’t be Sean Connery…”

By the way, Peter Lenkov, the producer behind the success of the Hawaii Five-0 reboot, has done a fab job with the reboot of MacGyver and is now working on getting Magnum P.I. rebooted as well.

By the way, Peter Lenkov, the producer behind the success of the Hawaii Five-0 reboot, has done a fab job with the reboot of MacGyver and is now working on getting Magnum P.I. rebooted as well.

I had no idea that the same producer was involved. Hopefully that means that they will film the reboot of Magnum P.I. in Hawaii as well. And maybe get some nods/cameos to Hawaii Five-0 in there as well. Though it would throw a wrench in continuity as Magnum P.I. has already been referenced a few times as existing as a show.

Same here, Navy007! My wife and I have been onboard since episode one. Too bad this is the last season but I’m wondering if the show might try to continue with other characters in place…have a fine navy day over there!

Peter Lenkov himself has already debunked that rumor of Season 8 being the last for Five-0 on Twitter. Ratings for the show are still doing very well. I’m sure we’ll have more of an idea about a Season 9 come Feb or March.