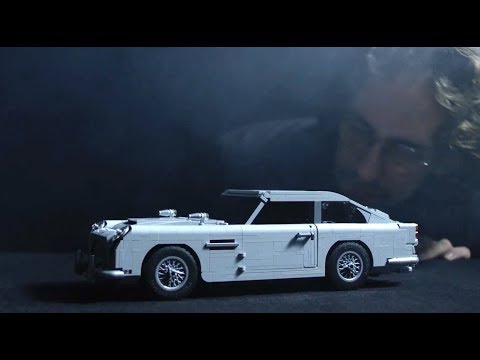 Yeah, I don’t mean to rain on anyone’s parade. If there are folks who are excited about this, I’m happy for them.

I just think given that Legos by their nature can never recreate an object with any great accuracy, it might be better to focus on more deliberately whimsical projects. For instance, last year (?) they put out a ginormous kit that recreated Wayne Manor and the Batcave from the 1966 “Batman” TV show and while it was highly detailed with tons of pieces and figures and vehicles, it also made only a cursory attempt at being “screen accurate.” The accent was on fun, and it’s adorable (or as adorable as possible for a $300+ “toy” you have to assemble yourself).

Maybe they’re in the works, who knows…

I think that would be a rather fine idea. And I’m no Lego nerd at all.

The Lego stuff in that range, Batman and company, is always something slightly tongue-in-cheek, ironically removed and for-fun. The Connery and Moore films would be a perfect source for that kind of silly entertainment. And no doubt be great fun for Lego fans as for casual fans of Bond and die-hard ‘I need it all!’ collectors.