Ordered this one and received it yesterday.
It’s just the same magazine all over again like the one from a couple of years ago and which was also recycled when Roger had died. Just with a different cover and the first pages about Connery, the rest is the same. So if you already bought one version, don’t bother to buy it again, it’s not worth it.

This is a better choice: 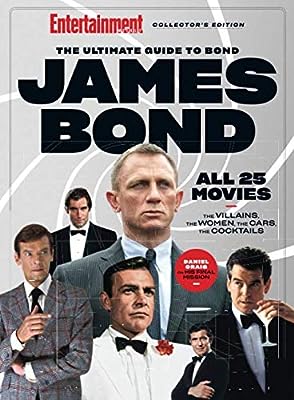 Just flipped through my two copies and have to disagree… There were two Maclean’s magazines that were identical, apart from the additional NTTD pages, though.

No, it’s not identical, but for the most part, like 80- 90%, it’s the same stuff. They even admit this theirselves by saying on page two that it is “an updated reissue” and with copyrights from 2012, 2015 and 2017 and that are coincidentally the years they already had published it with a different cover. They haven’t even bothered to add anything new from NTTD.

By the way, what is a Maclean’s magazine? Is that worth buying?

Edit: I found one on Ebay and bought it, it’s the 2020 Bond special. Thanks for mention it.