Interesting interview and a few glimpses of THE DARK TOWER… 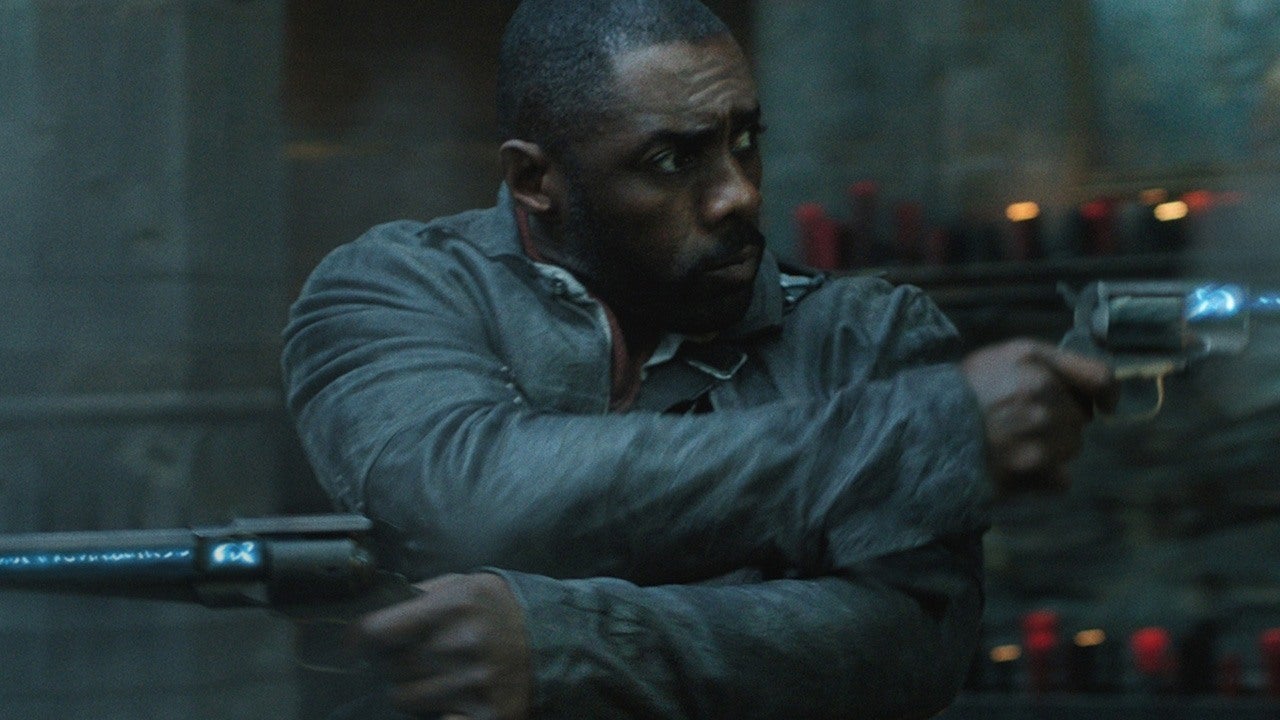 Dark Tower director Nik Arcel sat down with Terri to discuss one of the most anticipated big-screen adaptations ever.

Oh, yes! Thanks for the link!

I think the idea to not slavishly film the novels (which would not have worked anyway) but instead to continue the story (as the last book intended) is a great one.

I wonder if at some point even the Bond films should try that approach. Go another round through Fleming´s work, establish the world and use certain elements in a new way.

Although, come to think of it, this is what EON has been doing from DR.NO onwards…

I only finished TDT last year, so I’m probably pointing out what fans have been saying for years already: I found that part about Eldred’s Horn tacked-on and a bit of a gimmick - now of course it opens the door for a very ‘free’ adaptation of the books. Not sure how this will be playing in terms of the overall story since neither Eddie nor Susannah are going to feature in the film - probably leaving them for a possible sequel if it should come to that.

From what I’ve seen in this trailer this could go into a - limited - series of two or three films. Or it could go the way of Pullman’s Golden Compass, a one-off that will bury the story at least for a decade.

With Bond and ‘reinventing’ the hero, the villains and their schemes it’s probably also a two-edged sword: as long as nothing completely contradicts a number of basic criteria they are probably safe. But would it still be ‘Ian Fleming’s James Bond 007’ - the thing they have their trademarks and copyrights on - if they stray too far from the concept? Would competitors maybe challenge the property by arguing Eon themselves don’t use it any more?

I think that Carte-Blanche thingy from a few years back may already have tumbled across the line (though I was initially very fond of the idea to reboot lit-Bond) - and maybe giving Bond and Blofeld a shared past was likewise problematic. I have no doubt that Eon will want to pursue previously successful ways, so in all likelihood they will hope to have a 2.0 version of Red Grant and Odd Job.

Maybe we will even live to see a straight remake one day - instead of the implied ones, the mashup or the ‘inspired by’ productions.

TDT, of course, is a serial which ends on a note which - spoiler alert for those who haven´t read it… - offers the choice that the filmmakers have made. If EON had decided to adapt the Fleming novels in sequence it would have been possible to restart the series the same way.

But since EON decided to repackage Fleming and use elements here and there it created a second timeline of events already (YOLT before OHMSS). And with the Craig era rebooting the movie Bond, making every previous 20 films a self-contained cycle, EON used elements here and there to do kind of what the TDT-movie seems to have done.

The big question, of course, is: Where to go from SPECTRE onwards?

It was clear that at some point everything Fleming wrote will have been exploited. So what then? Leave the past behind and develop new narratives for Bond - that would be what I favour.

But the current impasse seems to indicate that creatively EON is unsure how to proceed. I would not be surprised if they actually decided at some point that they want to remake the films in the order in which Fleming wrote the books. But doing CR again so soon would not work. And LALD, with the current wave of racism across the world, would also be wrong and disastrous.

The more one contemplates this, the more it seems to be clear: BOND 25 has to reboot itself with fresh ideas that look into the future, not the past.

I saw The Mummy. It wasn’t that good, but it also wasn’t the locust plague the critics made it out to be in my opinion. I’m still really eager to see Justice League and The Last Jedi.

I have low expectations for The Mummy, but I’m always up for a Tom Cruise film, so I’m hoping to see it at some point. I can’t imagine that this will be the time that I walk away without having been entertained to some degree by a Cruise film (hasn’t happened yet), but we’ll see.

IT is the one that I’m really looking forward to this year. Justice League I can take or leave. DC has to prove themselves capable here at some point, but I’m not going to waste my time with a theatrical trip until they prove that they can make a decent film.

I´m getting tired of all the shared universes, actually, and THE MUMMY starting another one of those behemothes made me wary of rushing to see it. I also like Cruise (as an actor) and enjoy his films, so I will probably like this when I watch it on home video. But I rather watch his next film AMERICAN MADE.

AMERICAN MADE wasn’t even on my radar, but I just checked it out and I’ll definitely have to add it to my list. Sounds like the perfect convergence of ingredients for a great film for me. Between that and IT, September should be a pretty good month for movies.

Wonder Woman is quite good, though it’s marred by excessive (and poor) CG in the last reel, which seems to happen a lot with these things.

I’m not impressed with the League’s scheduled roster, and given the nature of the concept, I’m guessing it’s going to be very heavy on CG, which means I’m likely out.

If this was still a Snyder film, that “likely” would be “certainly,” but maybe Whedon will salvage something. Though this whole concept of films as products to be assembled by directors interchangably (as is also happening with the Han Solo film) is equally off-putting.

I have to admit: I am intrigued by DUNKIRK.

Despite my love/hate-relationship towards Christopher Nolan and my initial fears (based on some interviews) that this film would make “dogfights cool again”, putting the audience into the airplanes to create an immersive experience (HELLO? THIS IS ABOUT A WORLD WAR, I DON`T WANT PEOPLE TO ENJOY IT AS A GREAT EXPERIENCE!), what I have seen so far and read in the reviews the film might actually be interesting.

And… again… Hoyte van Hoytema creates stunning images. Well, unless he is not forced to bleach out everything by Sam Mendes.

Not a 2017 release, but apparently we’re getting another remake of Invasion of the Body Snatchers: Invasion of the Body Snatchers Remake Gets Conjuring Writer

Warner Bros. Pictures has hired hot screenwriter David Leslie Johnson of The Conjuring 2 to pen the latest Invasion of the Body Snatchers remake.

Well, that story lends itself to be remade and updated to current problems again and again - but the last two remakes (directed by Ferrara and Hirschbiegel) did not achieve what the brilliant Kaufman remake could.

This looks rather more like what I had in mind. Compared to the ‘trailer’ I found some time ago. The trailer for the book…

Have to say the serial killer genre isn’t my favourite. Most of its iterations we’ve seen by now. We know its conventions and its laws and its twists are expected and in fact necessary to make the whole premise work. So I think this comes probably 10 years too late to the party.

Fassbender seems to fit into this Harry Hole mantle; I think I might even buy the alcolism of the protagonist - that to me all too often comes across as a gimmick because drinking heroes are supposed to be ‘cool’. I think I might actually want to see more of Fassbender in this role.

Same here. The serial killer genre has to be given a shot in the arm in order to be interesting again. Maybe Fassbender can push this over the edge. The photography looks rather classy as well. And I loved Rebecca Ferguson in M:I 5.

Well, that story lends itself to be remade and updated to current problems again and again - but the last two remakes (directed by Ferrara and Hirschbiegel) did not achieve what the brilliant Kaufman remake could.

True, but I’d be more excited about it if they went out and got a screenwriter with a bit better of a resume to his name. Given the current political climate, Invasion of the Body Snatchers should be a great backdrop to some of the craziness happening today, but given the films that he’s written so far, I’m not sure if that’s in the cards.

Let´s wait and see - writers have to bow to demands of all those people higher up in the food chain. Maybe he is capable and willing to deliver something else and great.