News on NO TIME TO DIE (no spoilers)

These rumours have been swirling around in 2017 so far and seem to be the most credible ones:

And here are the latest rumours:

I’m hoping we hear something official about Bond 25 by the end of the year at least. I hope I’m not being too optimistic…

I would think that we’ll probably hear something by the end of the year, even if it’s just a brief “update” that basically states what we already know (nothing much happening, waiting on Craig, etc.). I mean, at some point somebody has to say something, I would think.

They will be asked anyway, so they might as well say something.

If there is really something brewing in MGM’s backyard we will probably hear about that, especially if it should get as nasty as their last stunt again. In that case the financial investment and market gazing outlets might catch a whiff of things earlier than Variety and entertainment sections of the news.

I’m by no means sure that Craig will be back, not even that Broccoli will commit to him in the manner these reports claim. I guess by now it will already cost some effort to convince a studio Craig is the best option for BOND 25. They will see his demands and start calculating. And the one thing sure in the business is that any of the players has probably an actor in mind whom they’d like to see as 007 - and who wouldn’t demand Craig’s paycheque.

Broccoli - if she really wants Craig back at all costs - will have to argue that he’s a safe bet. And at the same time she’ll burn a huge chunk off her BOND 25 budget just for him. That may put her in a weaker position later on, when cuts go where it really hurts.

But all of that remains, for the time being, hypothetical since…well, MGM…

You are absolutely right on all points made.

To get back Craig for BOND 25 makes sense because

But, to get back Craig for BOND 25 does not make sense because

I hope reason prevails, not the total overhyped status of Craig who ridiculously went from “CANNOT BE BOND” to “THE ONLY ONE WHO CAN DO BOND”.

And here is the monthly Guardian piece on Bond. This time: how Nolan would do Bond… 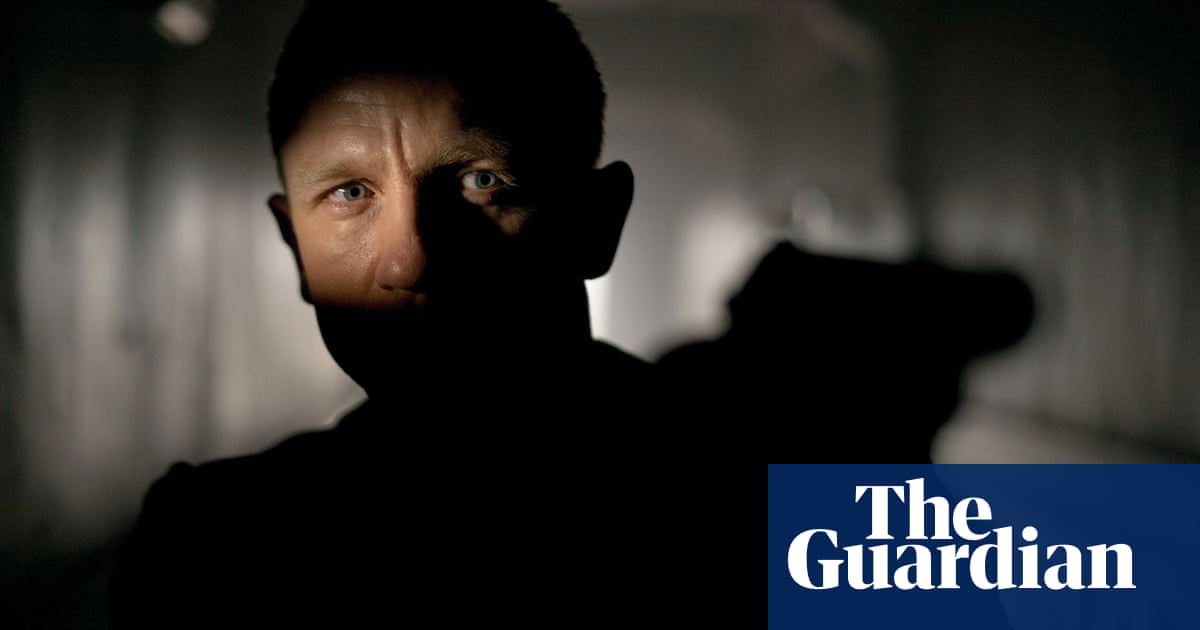 What would a Christopher Nolan Bond movie look like?

With Daniel Craig rumoured to be back as 007, the British film-maker has hinted at being interested in directing the next James Bond film. Could this be the definitive take?

Oh, gee. Another journalist gushing about Nolan, repeating the greatest hits (incl. Tom Hardy must be Bond) thereby stating things like this:

“We might finally witness the source of his icy cold killer instinct – rather than just the occasional hints, winks and nudges about Bond’s youth and upbringing that have been offered up by previous instalments.”

Please, not another soul searching Bond movie peeling off the layers…

Well, it´s summer and clickbait has to be dragged up somehow.

“Hey, did you see the recent rumour in the Mirror? Why don´t we stir up something like that?”
“I wasn´t here, had to watch Nolan´s DUNKIRK.”
“And there you have your article…”

I don’t agree that Craig isn’t enthusiastic about Bond. He’s repeatedly explained that his “slash my wrists” comment reflected his state of mind right after having finished a long and grueling shoot. Many other times he’s stated his appreciation for and enjoyment of the part. Unfortunately, the negative portion seems to stick and the rest fall away.

You´re right, the “wrists”-quote was blown out of proportion.

Still, Craig only seems to be a true ambassador for the Bond films during the world premieres.

In general, he does not come off as someone who cannot wait to do another Bond film.

If SPECTRE hadn’t been the outright disaster that it is, I’d be completely and totally on board with the idea of a new Bond (and still would be if I knew for certain that Rupert Friend would be the next guy up). But, given how good of a run Craig had pre-SPECTRE, it would be an absolute shame if his tenure ended on such a turkey of a film. To go from three Top 10 Bond films (on my list, anyway) to the absolute worst of the bunch is a bitter pill to swallow, especially for someone who was on board with the idea of Craig as Bond long before most.

Craig needs a proper send off, but quite frankly, Nolan isn’t the guy for that job (or for any Bond-related job, IMO, but certainly not this one). I’d say go find a director who isn’t afraid to try to fix the problems that were presented by SPECTRE, and craft one wild, all-out adventure where the fate of the entire world is at stake, but also features Bond having to deal with the likes of Blofeld and SPECTRE in an interesting way.

But that’s the same thing we go through with every actor:

Scenario 1: “That last was great! Let him do it again!”

Scenario 2: “That last one was awful! Give him a chance to end on a better note!”

Sooner or later they need to go, regardless.

The only thing unique about Spectre is that it’s the first time we’ve arguably been given an end to the whole series. Bond is happy, “in a relationship” and has renounced violence (!).

Not saying it’s a satisfying ending, but it’s more final than anything we’ve ever seen. A return of Craig means spending time undoing all that, where casting a new guy makes it easier to just ignore it.

Not Bond but Eon news:

Blake Lively to Star in Spy Thriller From Bond Producers

Can only speak for myself, of course, but I was ready to move on from Brosnan following DAD. I also can’t imagine that, had the internet existed in 1985 that people would have been clamoring for Roger Moore to get an eighth turn in the role while he was approaching the age of 60.

What’s different this time around, though, is that the films are linked together. Moore and Connery both had a couple of bad films in their tenures, but those films don’t weigh down the good ones. SPECTRE, given how it cannibalizes the films that came before it, really does detract from Craig’s tenure as a whole. A fifth Craig film could salvage the tenure, whereas leaving things where they are currently, the whole thing is sullied by that dreadful last film.

That’s just it, this tying it all up in SPECTRE now throws its shadow all over the last 11 years. It would have been easier for many to accept had Craig bowed out after SKYFALL.

As it was mentioned by someone on the “old board”, this spy film (with potential sequels) might be the source of the “universe” rumour: another spy which might be connected to Bond in the future.

I don´t like that idea either, by the way. And I think that EON branching out and producing other films is not a good sign for the Bond series. They should concentrate their energy and their creative ideas on Bond, not distract from it by doing a “female Bond”. And no, that is not the disgruntled voice of a misogynist - it´s the worried voice of a Bond fan who increasingly gets the feeling that EON is not that interested in Bond anymore.

If this female spy actually becomes a franchise, too, and is supposed to crossover with Bond, it also creates the problem of who will play Bond. It cannot be Craig, it must be someone who is young enough and willing enough.

So where does that leave BOND 25?

Can’t see The Rhythm Section doing particularly well. They need a bigger star to carry it, unless they’re going to play the “Bond” card heavily in the promotion of the film or they get a huge A-list star to play the villain, as Blake Lively isn’t going to be able to carry this film on her own. It’ll flounder at the box office and, hopefully, force EON to put their focus back on their cash cow.

That’s not to say that I wouldn’t mind seeing a new spy franchise headed up by a female. I’m all for it, and if I had the time to do so, wouldn’t mind taking a crack at such a story on my own as a piece of fiction, but I just don’t see this particular project working out.

I, too, am sceptic about this latest development. From what I read about the story we may expect one more action flick with a female protagonist - did the world really wait for this? I haven’t, as yet, read the source material, so it’s possible I’m wrong there. But it certainly doesn’t sound as if Eon made Bond their priority right now.