I am so pleased to read this - I have been to Matera and was certain there was no bridge over the gorge. I had a huge argument with a friend when I blithely said “they must have CGI-ed in the bridge” and he said “no, no, no etc etc.” Didn’t seem to matter to him I had pictures of the bloody place. Personally, IMO Matera has now been spoilt by its inclusion in a Bond film. It’ll probably have people crawling all over it looking for a bridge to the other side…

I think at this point Matera’s only significant source of income is tourism, so the townsfolk will probably welcome more visitors. The tourists on the other hand will probably encounter higher prices and see more travelers than townspeople.

I’ve never been to Matera, but I recently returned from another visit to Naples. I’m surprised no Bond film has been set in that area, considering all the photogenic sights: Capri, Baia, Paestum, the Amalfi coast, the Cilento coast, etc. Too familiar at this point I guess.

I think at this point Matera’s only significant source of income is tourism, so the townsfolk will probably welcome more visitors. The tourists on the other hand will probably encounter higher prices and see more travelers than townspeople.

Matera is utterly glorious, a photogenic city whose walls and paths make it impossible to take a bad picture.

I have recently returned from a short stay to launch a Bond book on Italy and Matera, in Matera and Gravina, and the thrust of the questioning during interviews and presentations very much included both the content of the book and how it may help, if not tourism, then the tourist.

Needless to say, I was very sad to leave the place.

Who names their child Vesper anyway? Before the cocktail, it referred to a type of bat.

Actually, I find it quite a beautiful name (if one is a latinist). Vesper means ‘evening’, or ‘evening star’ in Latin. It’s not weirder than naming a child ‘Dawn’. About the bat I guess you are thinking of ‘vespertilio’, Latin for ‘bat’ indeed, which uses the ‘vesper’ root to express that it’s a night-flying animal.
I could totally understand someone naming a child Vesper (before Casino Royale at least). If anything, it would point to an educated, Latin-savvy family background, and that’s something Bond could have deducted in their train ‘reading’ scene.

It certainly is glorious. I enjoyed wandering the lanes and investigating the sassi. I had one of my cheapest and most memorable south Italian lunches in the Materan sun accompanied by two black scarfed widows smoking roll ups! A plate of cold cuts, with local cheeses, olives and sundried tomatoes, with hunks of stiff granary bread. The simplicity of it! The local vino certainly helped. It came in a carafe so I’ve no idea what brand it was.

It is disappointing to read sections of the what we saw in the movie are not there, but I suppose it’s only the kind of poetic licence authors use when they invent hotels, restaurants, whole islands, etc.

And yes, the city is predominantly a tourist hub. I didn’t feel it was overrun with visitors. The balance was about right and I had time to spend alone, reflecting on the past and even discussed a renovation project with a local builder who showed me around his cave house, explaining the old water channels, the stone bed cut in the walls, the open-fire kitchen, the animal pen, etc, all being retained as features while he installed mod cons. I don’t know how generous he will continue to be with his time.

At the risk of being accused of blatantly returning to the same well, please can I humbly make mention of the new On The Tracks of 007 book? Italy. This will be launched at the Matera Film Festival on 7th October. We launch at the Casa Cava, an event ‘room’ inside a beautiful looking cave. There will be a live stream. [ITALY+cover-1920w] Promotions start today via Instagram. #simonjamesfirth #onthetracksof007 #matera_film_festival Other areas of social media will be swept up courtesy o… 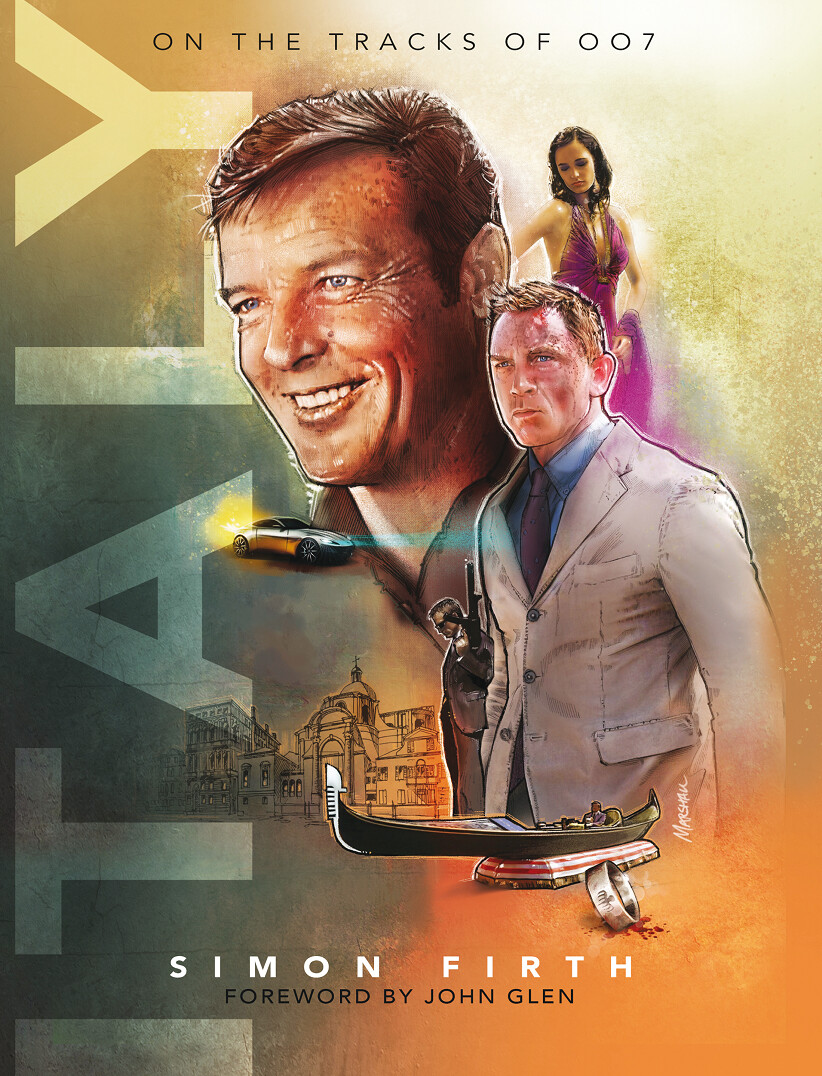 Do Note: This is the luxury hardcover w/dustjacket edition. Home to some of the world’s most eye‐wateringly beautiful cities, architecture, colours and landscapes, it is only since 2006 that the James Bond films have returned time and again to the...

No cemetery on that spot, but there is one of these. Mrs Jim took the photo and sent it to me. Might be a message. 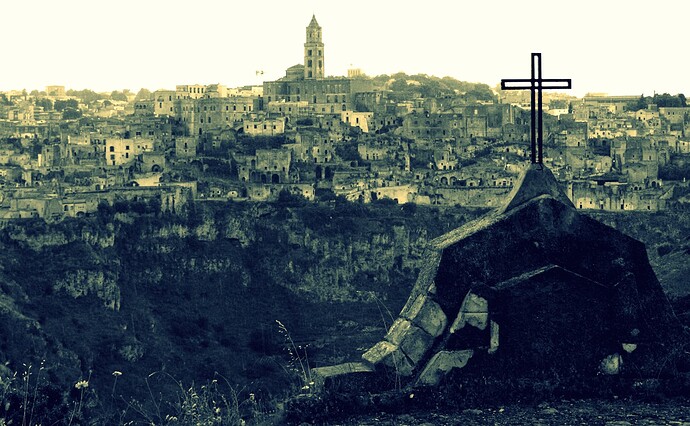 During the third viewing I noticed two things from the PTS that passed me by the first time.

Maybe I’m just looking too deeply into this, but it does certainly keep me pondering and searching for hidden messages throughout.

Maybe I’m just looking too deeply into this

No you’re not. But the discussion on it took place about 500 posts above

I’ve clearly been gone too long…

From the reference thread…

Not a reference to Bond or cinema as a wider field. But it struck me that, when Bond leaves Madeleine in the train, she’s shown with her hand on her tummy, telegraphing she is pregnant.

Both the tomb and cemetery were fake, however, built by the production on the hillside across from the city.

When I saw that scene in the theatre I was actually wondering how they arranged for permission to stage this explosion on an ancient cemetery - glad to hear no deceased were hurt in the making of NO TIME TO DIE. 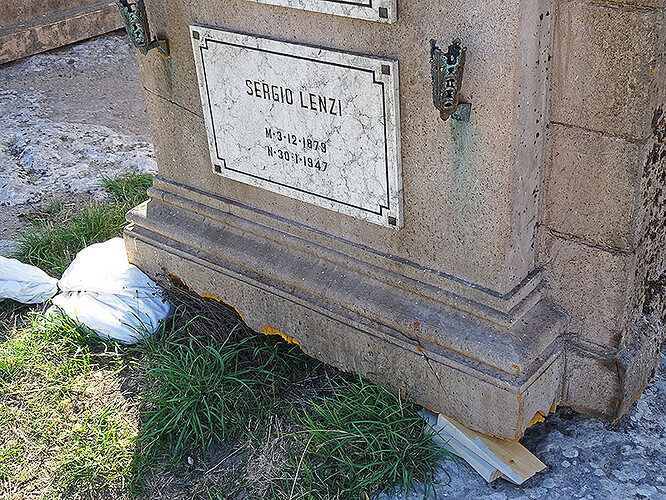 They learned from past experience. Remember, they wanted to film the funeral scenes for SPECTRE on an old cemetery in Rome but didn’t get permission.

Actually, they did get permission, but then it was revoked when the religious set figured out what it was they had given permission for.

She’s also wearing white, symbolizing both innocence and a bride to be.

P.S. Welcome back, Surrie. I remember reading your posts about Spectre all those years ago.

A very insightful reflection and one I pretty much agree with, particularly how frustrating it is to see elements from Fleming like the garden of death included but done badly and not really used. Better they not include them at all.

I thought I was replying to Revelator by the way but my IPhone isn’t always cooperative.

I thought I was replying to Revelator by the way but my IPhone isn’t always cooperative.

Oh, you did. But unlike the old forum, the original post isn’t quoted automatically in this new one. (it’s linked to in the top right corner of your post). If you want to quote, just mark the part you were going to quote and the click on the reply button.