I know that the main attraction for NSNA was having Sean connery back, but if Sean had not done it, and George Lazenby had played bond after all, do you think it would have been less popular?

It would never have been made. I’m sure the only reason the project got the green light at all was because Connery signed on.

Honestly, in 1983 a lot of NSNA’s budget would have been spent in a marketing campaign to remind moviegoers of who Lazenby even WAS. To the extent he was remembered at all by the general public, it was as “the failed Bond who starred in the failed Bond.”

Not sure it is at all popular anyway, really.

Connery is the only reason for it to exist, both for good and (embittered) ill. OHMSS’ reputation, and the associated not-too-bad-really view of Lazenby, has probably come with greater exposure, doubtless through increased home media outlets. I suspect its wider reputation, convenient wisdom, in 1983 was still as a curious dud, avoid etc.

It is, however, an intriguing idea: how would NSNA work with Lazenby?

It definitely would have been less popular.

Pretty much the only thing that NSNA has going for it is Connery.

From a marketing standpoint, it was pure genius: cast Connery in the role and wait for the press to beat down your door offering free publicity. Then you’re free to spend your full $38 budget on the “special effects.” With $5 left over for a Lani Hall song.

apologize for lack of quality later.

Could have worked in Germany. Over here, the film still has an above average reputation, but that’s not only because of Connery but because of Brandauer. Had the movie starred a dead duck instead of Connery, the German audience wouldn’t have noticed the difference.

At that time, Brandauer was seen as the German language actor. He was seen as kind of being at least half-German, like we tend to do it with any Austrian who’s capable of dropping the Austrian accent if need be (maybe the only thing we’ve learned from history: not to fully adopt that kind of Austrians any more). The movie “Brandauer Reads the Vienna Phone Book” would have made millions…

Ever seen the extras on the DAD DVD where they talk about the glacier surfing?

Thanks for your comments gents, I read that they had George Lazenby in mind originally, but naturally snapped up connery when he showed an interest.

I really would like studio heads apologize for bad fare they put out on a regular basis.

“Yeah, sorry, we know it´s junk - but, you know, we had our shareholders breathing down our necks, and the star was a nightmare, the director an egotist, the writer… well writers always are the best, of course”.

George did almost get a consolation prize: it wasn’t until he showed up for costume fitting that he was informed that producer Michael Sloane had decided to go with Edward Woodward instead for the Equalizer.

Poor sod does not seem to have much luck! I still don’t know why his cameo in return of the man from uncle never resulted in legal action! 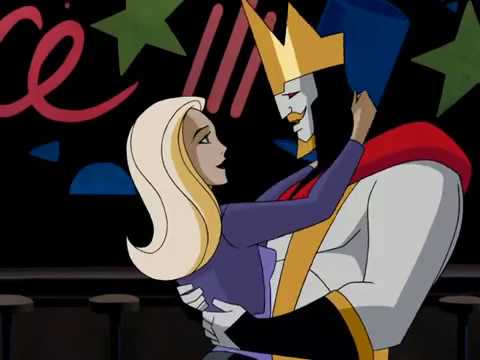 Recurring Batman villain played by Lazenby (who actually says “We Have All the time in the world” in his first appearance) complains about having to live in someone else’s shadow.
2 Likes
MrHinx May 18, 2020, 6:22pm #15

At that time, Brandauer was seen as the German language actor. He was seen as kind of being at least half-German, like we tend to do it with any Austrian who’s capable of dropping the Austrian accent if need be (maybe the only thing we’ve learned from history: not to fully adopt that kind of Austrians any more). The movie “Brandauer Reads the Vienna Phone Book” would have made millions…

I love his performance in NSNA and rank it as one of the all time great villain performances. I just wish he was in a ‘real’ Bond flick instead as I think then he’d have a better shot at the recognition he deserved. Same goes for Barbara Carrera tbh

I wholeheartedly agree with both of your points re: Brandauer and Carrera.

I’d always thought ( from a half remembered Connery interview) that he was onboard in 1978 as producer/script consultant and at that they had approached Lazenby, it fell through because the financiers wanted Connery to play Bond, for obvious reasons. Eventually he reneged
Lazenby, to echo an earlier point, was until quite recently either completely ignored as an actor and his Bond movie forgotten. No way it would have been made.

Sadly for Lazenby his one 007 movie was just not enough to greenlight this movie, with Connery it was a no-brainer.

AS do I. Rewatched NSNA yesterday and loved every scene w/ Barbara Carrera she played it so over the top that it looked real. Reminds me to track down her version of “I, the Jury”

It could have been really good, an older more experienced Lazenby, might have felt a less familiar remake with a different actor than Connery… But most likely would have turned out a bit cheesy like 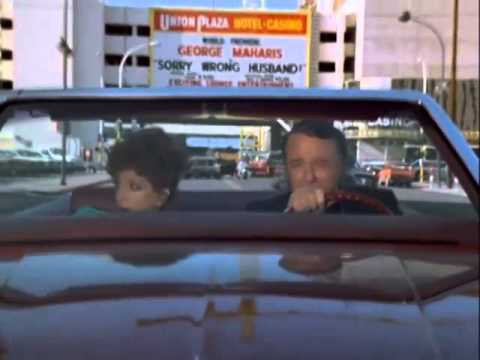