Reboot? Remake? Retro? Which direction should the series take next? 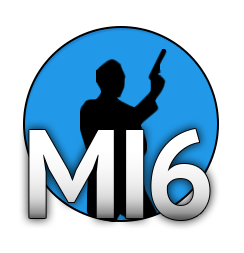 Join the largest online community of James Bond aficionados to debate and discuss Ian Fleming's 007 in all mediums. Registration is easy.

Size does not matter.

I think I heard rumors about this years ago…

One last thing that I say get rid of: conning the audience with surprise character reveals. It only worked to a degree for Moneypenny. Even a blind person could see that Christoph Waltz was going to be Blofeld. Once again, give it a rest, EON.

It was only obvious because of what they called the film. If they’d called it anything else it wouldn’t have been guessed as that group being Spectre isn’t even brought up until quite some time into the film. It was the equivalent of calling Psycho Norman Bates: the tale of a psychopath

Even a blind person could see that Christoph Waltz was going to be Blofeld. Once again, give it a rest, EON.

What made the reveal even worse than the fact that anyone could see it coming from several hundred miles away is that it’s taken directly from a Bond spoof. And a bad one at that. EON needs to create a new position within the organization, whose sole responsibility is to ask the writers each day “The main plot isn’t a rip off of Austin Powers, is it?”

Although from Day 1 Book 1 this resignation vibe is a facet of the written character, and is a therme as prevalent in the source material

Agreed. But in the novels there is a larger context and a larger perspective, as Fleming’s own disillusionment with and analysis of British culture/society get mixed in. Bond may be the protagonist, but he is also a symptom.

Most (if not all) of this is lost in the movies, which are not (in general0 geared toward social critique (except maybe DAF because of the cynicism of its director, the outlook of its writer, and the moment of its making). As a result, viewers are left with an angsty spy who can seem petulant, and prone to mid-life crises. The films are more psychological, and less sociological than the fiction.

It’s like CR’67 and NSNA, we know it exists, but it doesn’t really count.

Are we being petty?

Not quite. You may say this about NSNA, but not about CR67

Because…?
Don’t say you liked the Shakespearean performance of Jean-Paul Belmondo (was it 5 or 10 seconds he’s in in the movie?).

Like it! It was majestical. Though the seal I think steals the movie.