Reunion with Dead by Richard Smith 1993 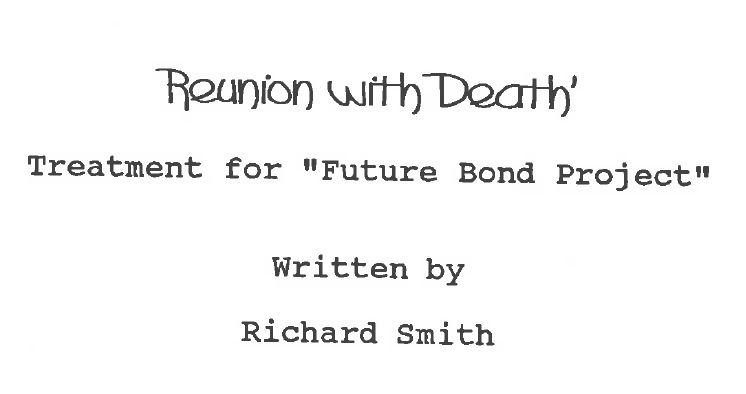 DQdkxOlUMAAaCYe.jpg large.jpg746×394 19.5 KB
Hello everyone,
I do not know if you know, but in may of 1993, Danjaq hired Richard Smith to write a script for a future Bond movie (maybe Bond 18?) after Goldeneye by Michael France. And that same year, he presented a 37-page draft entitled “Reunion with Dead”. Apparently, this draft was based on “You Only Live Twice” by Ian Fleming and the story takes place in Rome and Japan.
http://variety.com/1993/film/news/danjaq-on-bond-wagon-with-two-script-deals-107186/
Recently an article has been published in the mi6 confidential, issue 43, that collects all this information.
Would anyone be so kind to share this information? Not scanning, but writing the article, for example.
1 Like