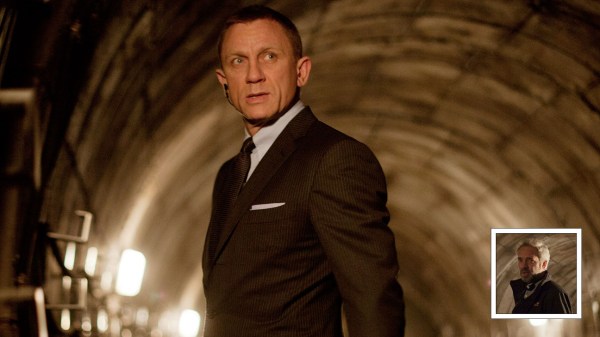 ‘Skyfall’ at 10: Sam Mendes Recalls How Shutting Down the Movie Led to Its...

The film faced an uphill battle — including studio MGM going bankrupt and headlines declaring the end of 007 — before a 10-month hiatus put it on the path to $1 billion at the box office.

I find the article interesting for 2 reasons:

It’s also interesting to point out that Mendes brought in Logan for basically two scenes which Mendes had the idea for.

Also, finding out that this idea for Bond and Silva teaming up does not work is no surprise. What a waste of development time. And deciding that M‘s death is a major thematic idea for this film, so late in the game, also tells me that Mendes came to this project with no real vision. He seems to be one of those directors who take a lot of time wrestling with ideas presented to him, and then gradually finding his way through those.

Granted, he is a fine director. But for writers he must be a nightmare, demanding them to write drafts after drafts, with no clear throughline.

And deciding that M‘s death is a major thematic idea for this film, so late in the game, also tells me that Mendes came to this project with no real vision.

“At a very early stage, there was a treatment — which was almost entirely ditched — but it ended with the death of M. And that was one of the things that hooked me in”

I’m becoming more and more convinced that you helped write Deadpool and came up with the idea of listing the writers as the “real heroes” in the credits.

You’re right. Still, what I meant to say is that the idea of P&W to kill off M (not that surprising since Dench wanted to retire from that role) showed that Mendes did not come to the project with a clear idea by himself. He apparently was persuaded to make a Bond film (by Craig and probably a look at his accounting) and needed a lot of time to develop this idea further.

I do know directors who come to a project with lots of ideas and move quickly forward, with no torturing of the writer to just „try things out“ in dozens of drafts… before getting in a yes man writer they know.

That is really the most accurate and funny takedown I deserve!

But I am still a big fan of all of your commentary on here! 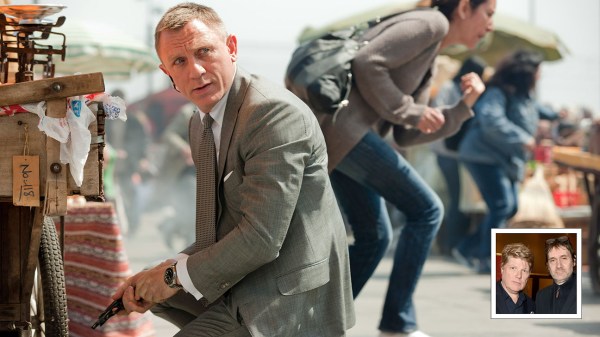 ‘Skyfall’ Writers on How They Came Up With the Movie’s Last-Minute Title and...

Ten years after the $1 billion Bond movie arrived in theaters, longtime 007 scribes Robert Wade and Neal Purvis reflect on the big swings and tragic avenues considered for this film.

I shuddered when you said that…