No, this is not about the film, but I liked the title.

This is about when Bond fans meet up beyond the great cyber lined hallways of our crazy little corner of Her Majesty’s Secret Service here at Quarterdeck.

In my nearly 16 years on CBn, I’ve made some great friends along the way both here in L.A. and traveling for either leisure or to attend Bond events and various conventions.

One thing is for certain. A Bond fan is a Bond fan no matter where you go.

So, just this last night, Navy007 was in town and we’ve known each other via CBn for over ten years, but finally met up and over steaks, had a great night of shop talk and conversation.

Hence, I thought I’d launch this thread and topic for any contributions of our collective and mutual fan base.

Here’s a pic from our evening out. I’ve got some more tales of travels and meeting up with some fellow CBn’ers. As Navy put it - “CBn was Facebook for Bond fans before there was (censored) Facebook!”

Anyway, if you have any tales or pics you want to share, this is now the thread to do it in. 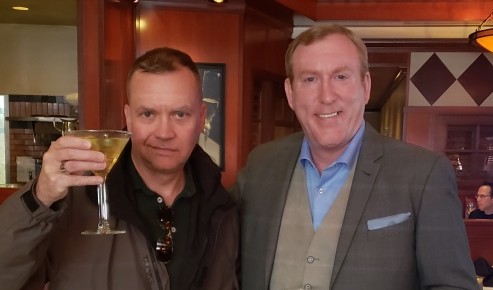 Very good idea for a thread, great to see two veterans of CBn having a decent drink. Cheers!

Meeting other Bond fans is something I’ve always wanted to do but haven’t had the opportunity to yet. In the U.S. there seems to be a contingent on the East coast and the West coast, and I’m right between the two in the Midwest.

I remember “back in the day” I was damn close to signing up for one of Bryce’s Dare to be Bond events, and regret not doing so. Maybe something for 2022 will have to be planned…

I was lucky enough to hang out with Bryce a couple of times during my LA days;
he is indeed a character and a gentleman of the highest repute!
Alas, since I moved from LA to the (not so) great midwest, my contact with Bond fans has dropped off
Tho for those who remember him, I did hang out with Righty007 a few months ago as he is down in Cincinnati (dont think he posts on here anymore tho)

First, I’d like to say that 003 and I had a great time the other night (once identities were verified properly)! The bar tender mixed the best Vesper I’ve ever had (and I’ve had quite a few over the years

). The only thing that would have made the evening even better is if Athena and her husband could have joined us. I’ve always wanted to thank Athena in person for her warn welcome to me when I joined CBn back in '05. Maybe next time.

You mean to say all of you people are real…!

Good on you both

Anything you’ve heard about me is true and I accept it all. The good, the bad and the ugly. Some stellar times. Amsterdam, Paris, Monte Carlo, London, Bahamas, Istanbul, New York, Key West, Miami, West Palm Beach, Las Vegas, San Francisco, Chicago, Seattle, Scotland, Hawaii and Los Angeles. 003 has covered some ground with Bond fans. Looking forward to more.

I’ll be back in London for the launch of Forever and a Day next month. Yes, I do always pack the tuxedo (currently sporting Bryce tux v.5.0 and, depending on locale or time of year, the white dinner jacket as well) regardless of potential Bond meet ups or conventions along with a classic lightweight dark blue single breasted, double vent suit. Cufflinks, tie bar or chain and pocket square of course. Waistcoat as an option. Battered gunmetal cigarette case and a few varied and equally well used lighters. Various pens and knives and some ‘optional extras’.

I’ll dig up some pics, but also need to confer with some other individuals before posting.

I remember several years back, I was headed for a CBn convention in Las Vegas. The anticipation of meeting the hierarchy underlined this fan-boy’s fantasy.

Complications derailed my plans. Still sad to this day over that.

Bryce, Stromberg, Jim, Dove, etc, And, what was her name?.. Athena?

Cheers bill007! Yes, The DTBB events made their mark. The last being 2008, but then the end of '08 turned things a bit sideways for me and some of my crew with both the housing and stock market crashes.

Dare To Be Bond will return though. Just not sure when but it will be in Vegas. This year is busy for me with London coming up and then Dubai around the holidays to meet up with the lovely Gala Brand.

Tough work being a secret agent… and even more so being the fan of a fictional secret agent.

Everyone who attended the DTBB events adored them–and Bryce, their ever jet-setting host.

A bunch of CBN’ers and some others are meeting in New Orleans in a few weeks to tour locations, dine, drink and play together: http://bondfanevents.com/2018-live-and-let-fans-your-nawlins-adventure/

Great meet up with our own Simon today. Great chat about everything. Cheers Simon. See you next time. 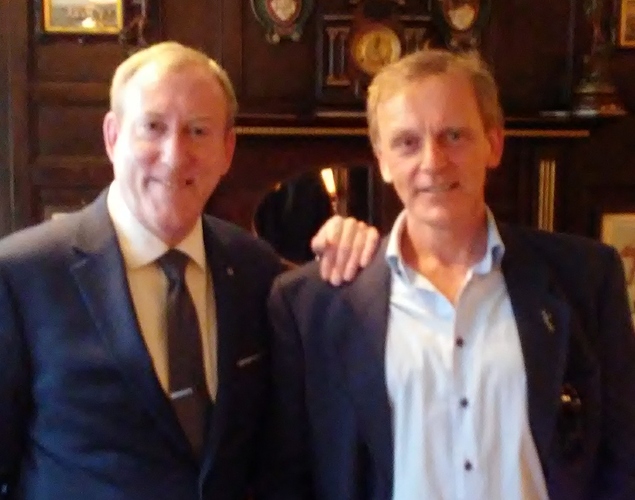 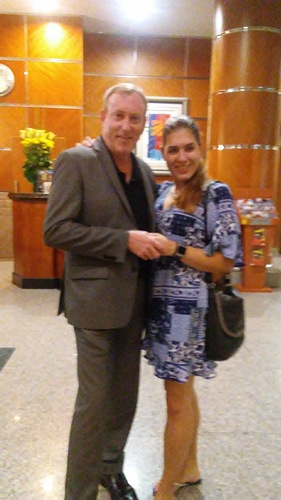