Spoiler-free surveys - once you've seen it

Having seen it, in relation to all the other Bond films my instant reaction for my own list of Bonds is that it’s…

As far as the Daniel Craigs go, it’s…

Insofar as it continues elements of the story from Spectre (please don’t spoil what these are, other than as already confirmed in trailers and promotional materials), it…

Right time for Daniel Craig to bow out?

My favourite of Daniel Craig’s Bond films was…

My least favourite of Daniel Craig’s Bond films was…

My favourite Eon James Bond is…

Reflecting on the Daniel Craig tenure and where they took Bond…

Right time for Daniel Craig to bow out?

Who is visiting a fan forum when you’ve hated the lead for 15 years?

Unless they are here to celebrate that lead’s imminent departure. Not speaking for myself, BTW.

Turned up to celebrate…I suppose I can see it.

Wouldn’t do it myself mind you.

Yes, but there will be some, no doubt. Probably reduced over time, one suspects.

The one guy left at craigsnotbond?

Masochists are everywhere, so… 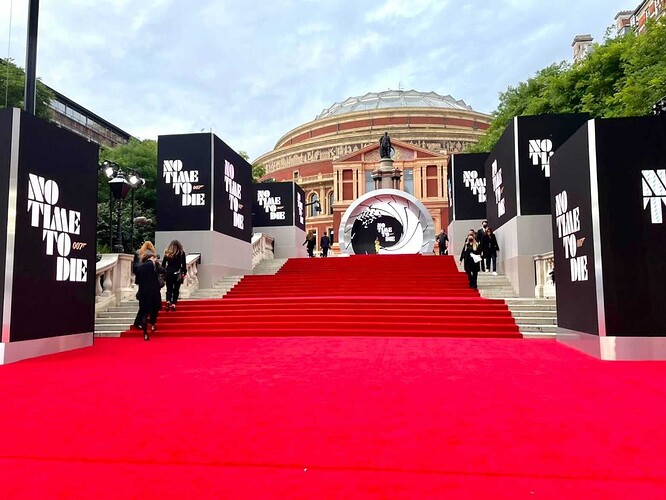 Reaction all over the spectrum, it would seem - admittedly, just one day after release.

Good grief. The early birds were right when they said this film would divide fans!

Can we have the old James Bond back now please?

Is the recurring theme for all those who hate it.

My votes were as follows:

NTTD, CR, SF, QOS, SP
I liked that we got a beginning and an end. I miss having a standalone mission. DC went from rookie on QoS to grizzled veteran in SF. Felt we should have had at least two more movies. Happy we got a faithful CR, and a loose YOLT adaptation. Wish they would have been consistent about the DB5. Which side is the steering wheel on? The DB5 in SF makes no sense at all. I revisit QoS more than Spectre. But what’s with the TSWLM references? Makes no sense. SF works symbolically, but is overrated and it’s physics make no sense. How did bond survive the PTS fall? Finally, Blofeld is not Bond’s brother!

I voted, but never posted my results, which have since changed slightly after my 3rd viewing.