There’s a lot of debate going on here about wether Safin would end up being revealed as Dr.No. I thought it would be interesting to have a poll on here to see who takes what stance which we could reflect on after the movie has released and see who was right or wrong. of course feel free to list the reasons why you feel he is or isn’t Dr.No!

Good thread! Be fun to come back to once we (Dr) know.

Imo if Safin’s wearing a Noh mask and it’s not DN, then that’s pretty daft (though ‘daft’ isn’t unprecedented in the franchise).

I vote that he isn’t Dr No simply because I want that to be the case… There are good reasons to suspect he is No, and I don’t blame anyone for thinking so.

I suppose it will be up to the viewer to decide. No is an iconic villain but he’s largely absent for the first part of the film and does little later. I could see them using him in a manner that at once allows the interpretation but doesn’t necessarily commit to it.

My vote: he’s not Dr No, but shares some of his characteristics.

I believe in the 60s they briefly toyed with the idea of making Dr No a monkey? Another faux reveal after the last one would be a similarly bad call.

Hopefully lessons have been learnt…

Another faux reveal after the last one would be a similarly bad call.

I agree, but i still wouldn’t put it past Eon to do this. Particularly if they may have had to cobble the script together in a hurry after Boyle left.

The safe money is that it was once No in an early draft and having decided to ditch No, they kept much of the paraphernalia.

But safe is for sissies (there’s a PC cat among the pigeons), so i’m betting on No

I don’t think it’s daft or overcautious to not make him Dr. No. I just think it’s redundant and tiresome to make him Dr. No. Are we at the point now where we no longer get new villains and all of the old ones are going to be rehashed? I don’t like that possibility at all.

I vote (Dr) NO because I think they’re just borrowing a bit of unused stuff from the novel possibly. That said they do definitely share a resemblance…
FUN FACT: Dr. No has a “Garden of Evil” in James Bond Jr - I think we know where this script has come from now 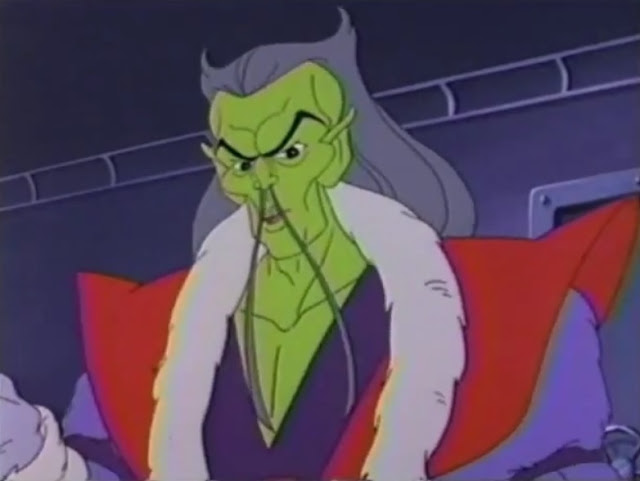 I’ll list Some of the reasons why I feel Safin is Dr.No. I’ve noticed in Skyfall and Spectre they’re more to the point with their dialogs unlike CR and QOS where it’s a tad bit complex and it’s open to interpretation. So going with the current trend I do believe he will be referred to that way at some point In the movie.

-His characters attire seems to tie in well with what would be a modern interpretation of Dr.No in the same vein as Waltz’s Blofeld is a modern take on Bond’s No.1 Villain of the past 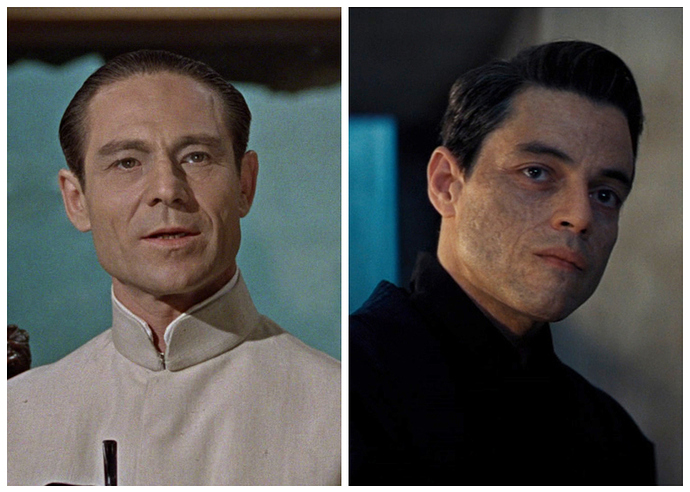 -Then there’s the Noh mask, there’s NO chance they’d use that in particular and not refer back to it.

-Connery’s line when captured by Dr.No “Our Asylums are full of people who think they’re Napoleon… or God “bares a striking resemblance to Craig’s ”History isn’t kind to men who play God”

-We know the movies plot involves a scientist of some sort as per the synopsis. Given what we’ve seen in the trailer, It wouldn’t be a stretch too far to imagine Rami’s character as a scientist too just like Dr.No

-The biggest clue imo is mood board for the fan art competition which had multiple art pieces from Dr.No while the rest were from Craig’s movies. From all the 24 movies they chose to make that one stand out

I think he is very clearly influenced by Dr No. It is entirely possible he is a rebooted Doctor No with his own motivations outside of Spectre. Recall the novel version of Doctor No, who is very much a sadist, was not connected to Spectre. That is solely a film trait.

I said it in a different thread, but I’ll reiterate - only in the sense that Silva was Scaramanga, using elements from the novels that their respective film adaptations did not.

I don’t think it’s daft or overcautious to not make him Dr. No.

Didn’t say it was! I said it’s daft if there’s lots of DN references/clues, such as the Noh mask if he’s not DN.

But as i said, if this is the case it probably points towards Safin being DN in an earlier draft.

If they make him Dr. No it’s about as useful as putting Blofeld in Spectre - it’s just a name at this point that has no meaning or build up - theres nothing to gain calling him Dr. No vs Safin, its just a lazy reference that will make a few fans go “OOO Cool” and most people go “OK I guess, is that a thing? That’s kinda a stupid name”

I don’t think he’ll be Dr. No and I don’t want him to be Dr. No because it would mean we were cheated out of having an actual Dr. No re-do.

I am all for rebooting all the old school villains. Every other character got rebooted, Blofeld included, so why not? But just naming someone after one of the villains and not doing the actual story properly isn’t it…

I voted “he isn’t” because I hope so much he wil not be. Please create great new villains, I don’t need remakes and other interpretations of well known villains.

Just say YES to No.

Blofeld getting rebooted makes sense because he appeared multiple times in the series with different actors playing him, so one more won’t make a difference.

This is a genuine curiosity: why do people WANT the old school villains rebooted and/or Dr. No redone?

For me it’s because Fleming’s novel’s - which are great - have been raped and repurposed ad infinitum by Eon without ever really being done justice.

With the closest Fleming adaptations being arguably the best of the movies (FRWL and CR) it seems a no brainer to redo a few more with greater respect to the source material… Maybe the chap knew a thing or two about it.