You read that right. I am about to take you inside the most intimate chamber of Ian Fleming’s domicile. But before I do so, enjoy three rare photos of Mr. F.

First, a rare color photo of Ian, from Redbook: 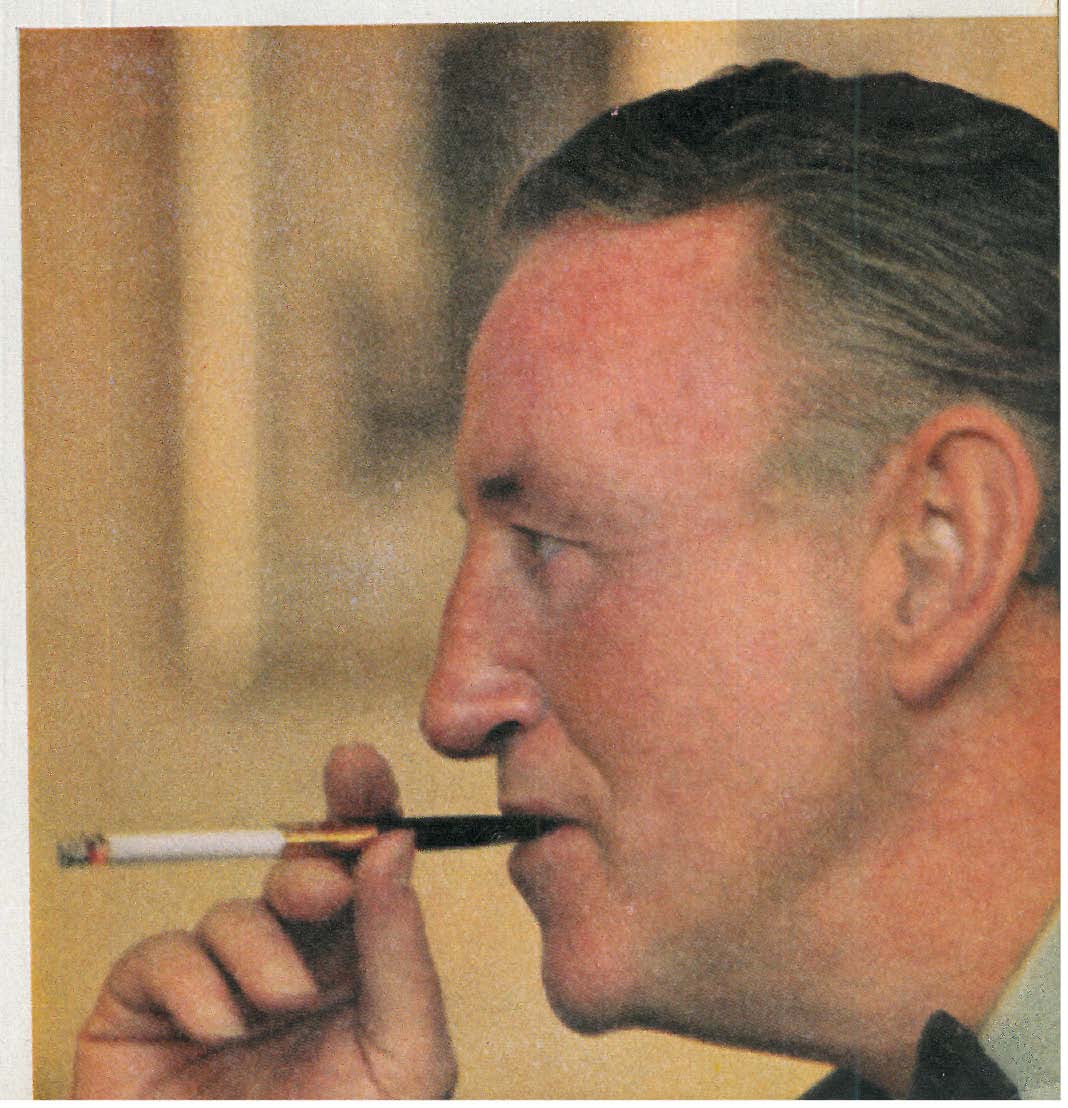 A brief q&a from Tatler:

A rare and rather wonderful photo, also from Tatler, which shows Fleming at his most debonair and dissipated: 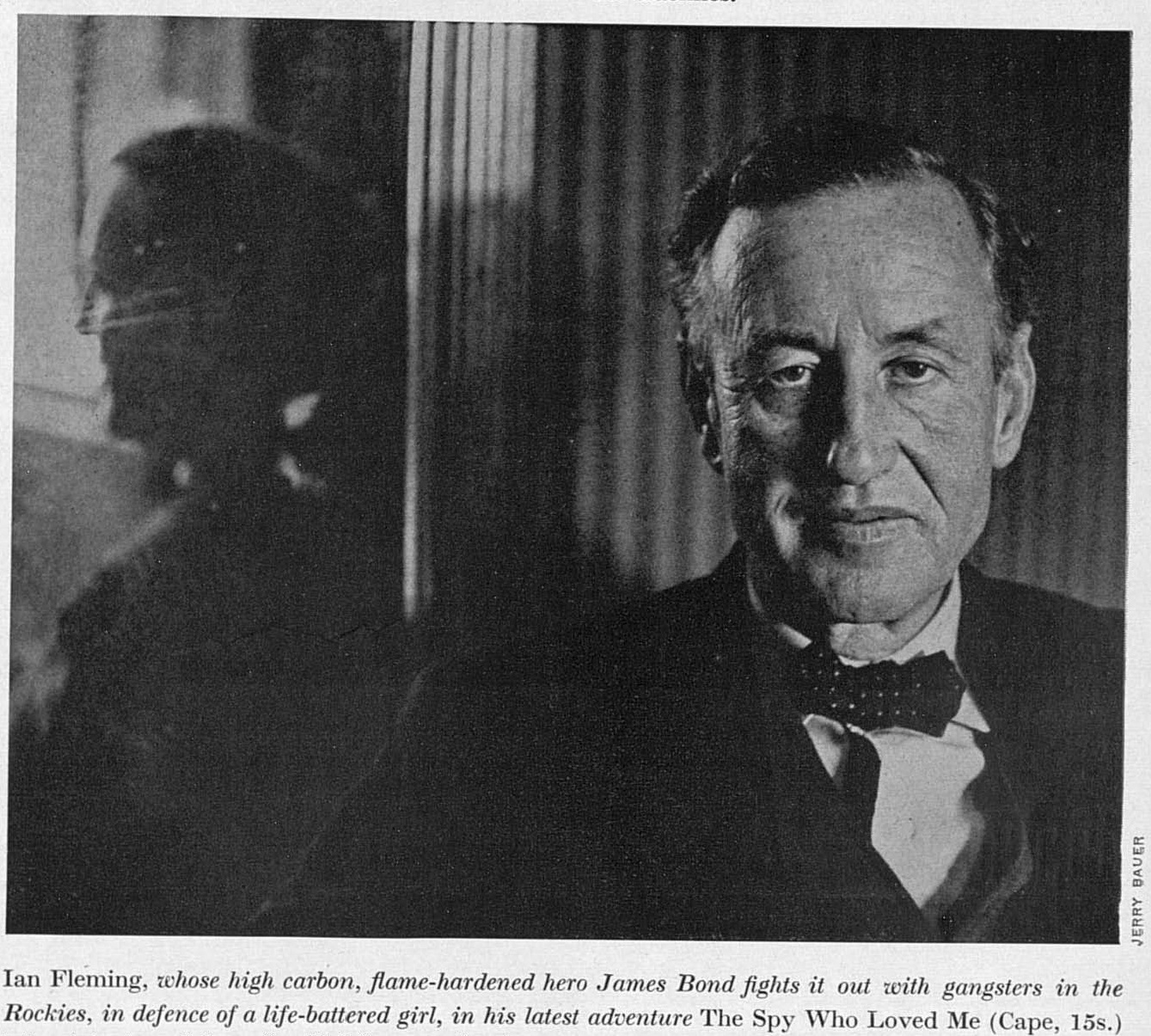 Now we will step into Ian Fleming’s bedroom. These photos are from Robert Harling’s Vogue profile of the Flemings. We begin with a wide shot of the room: 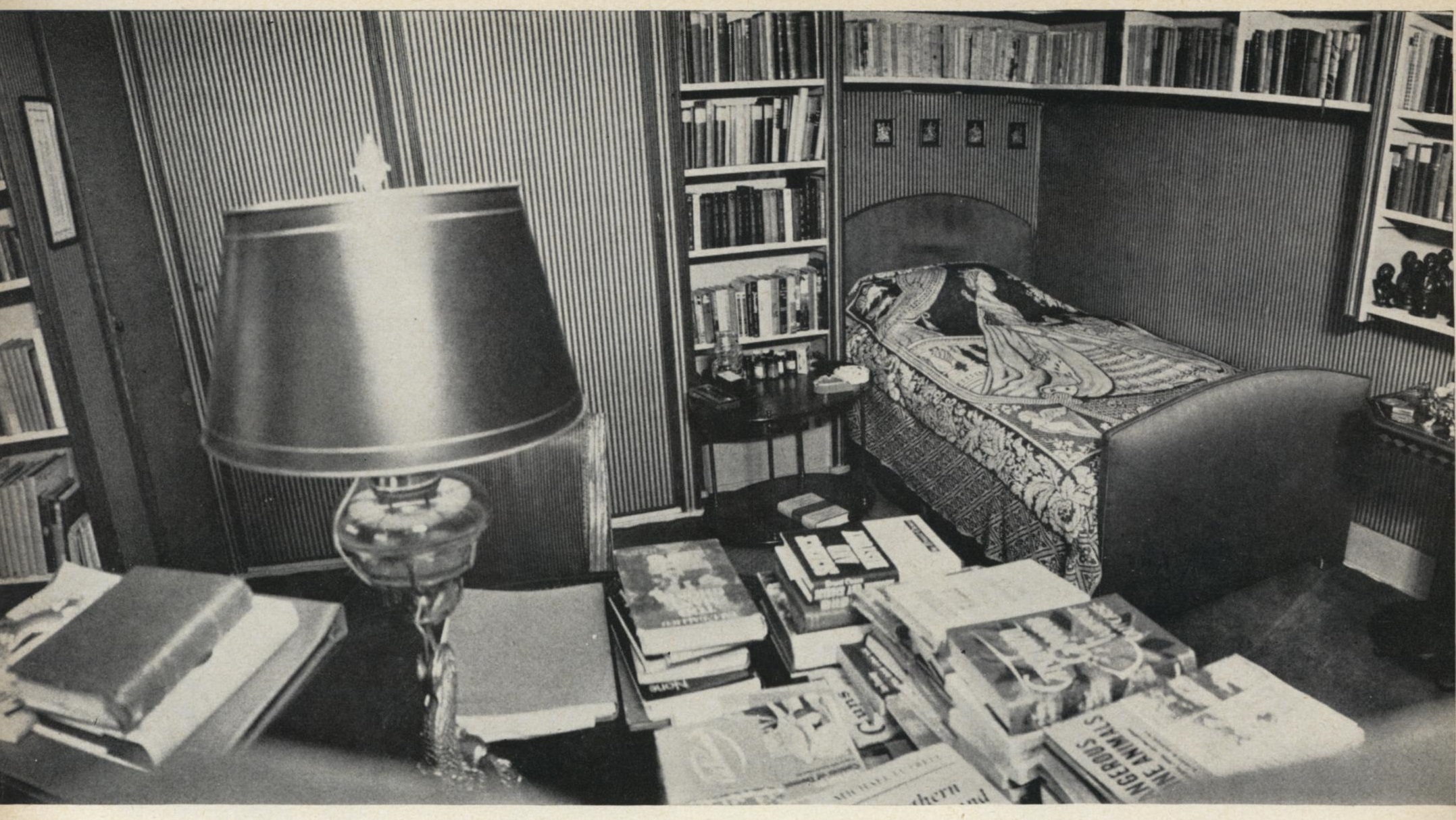 Now let’s take at his “oddments”: 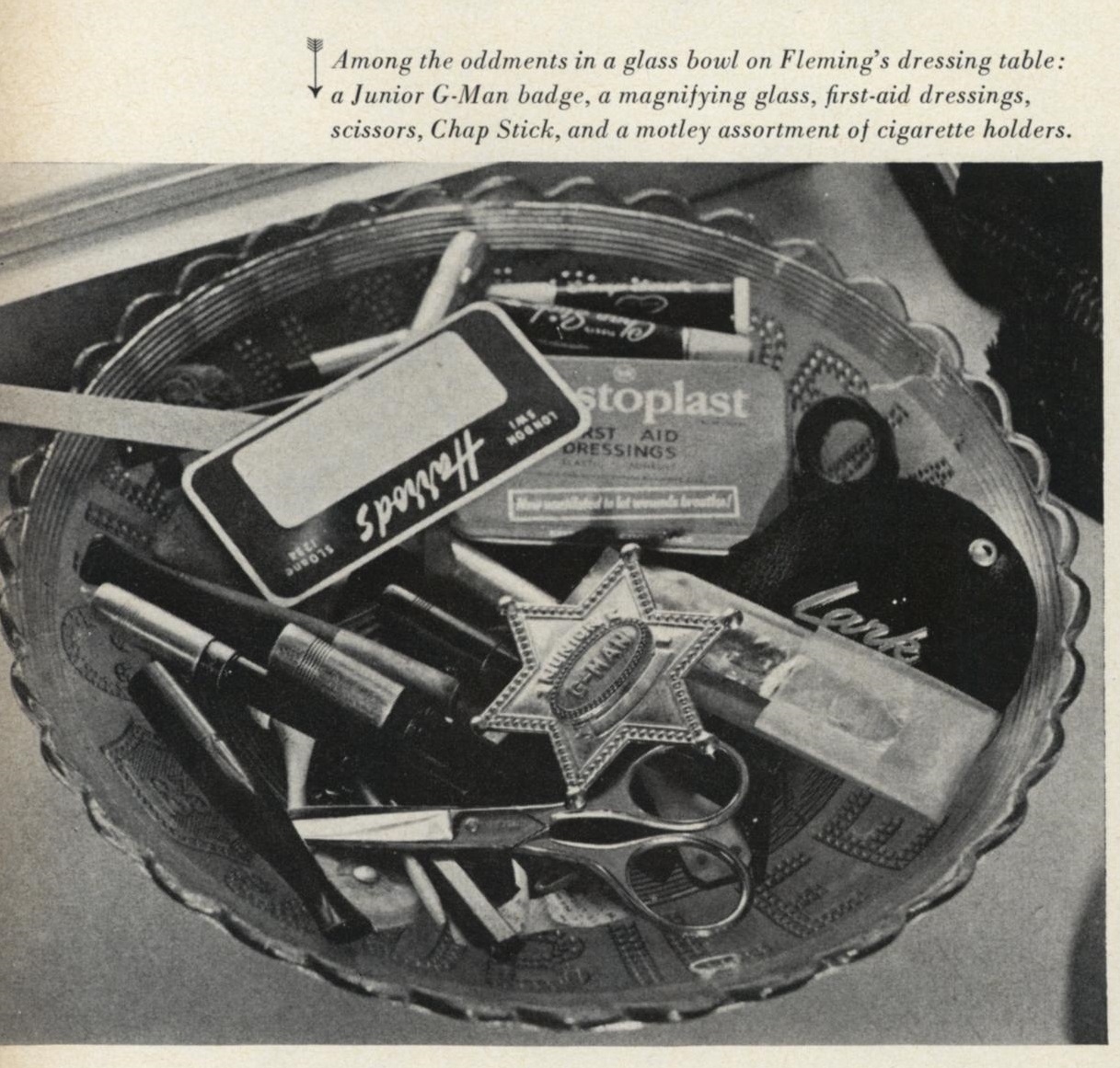 And mementos of his heroes: 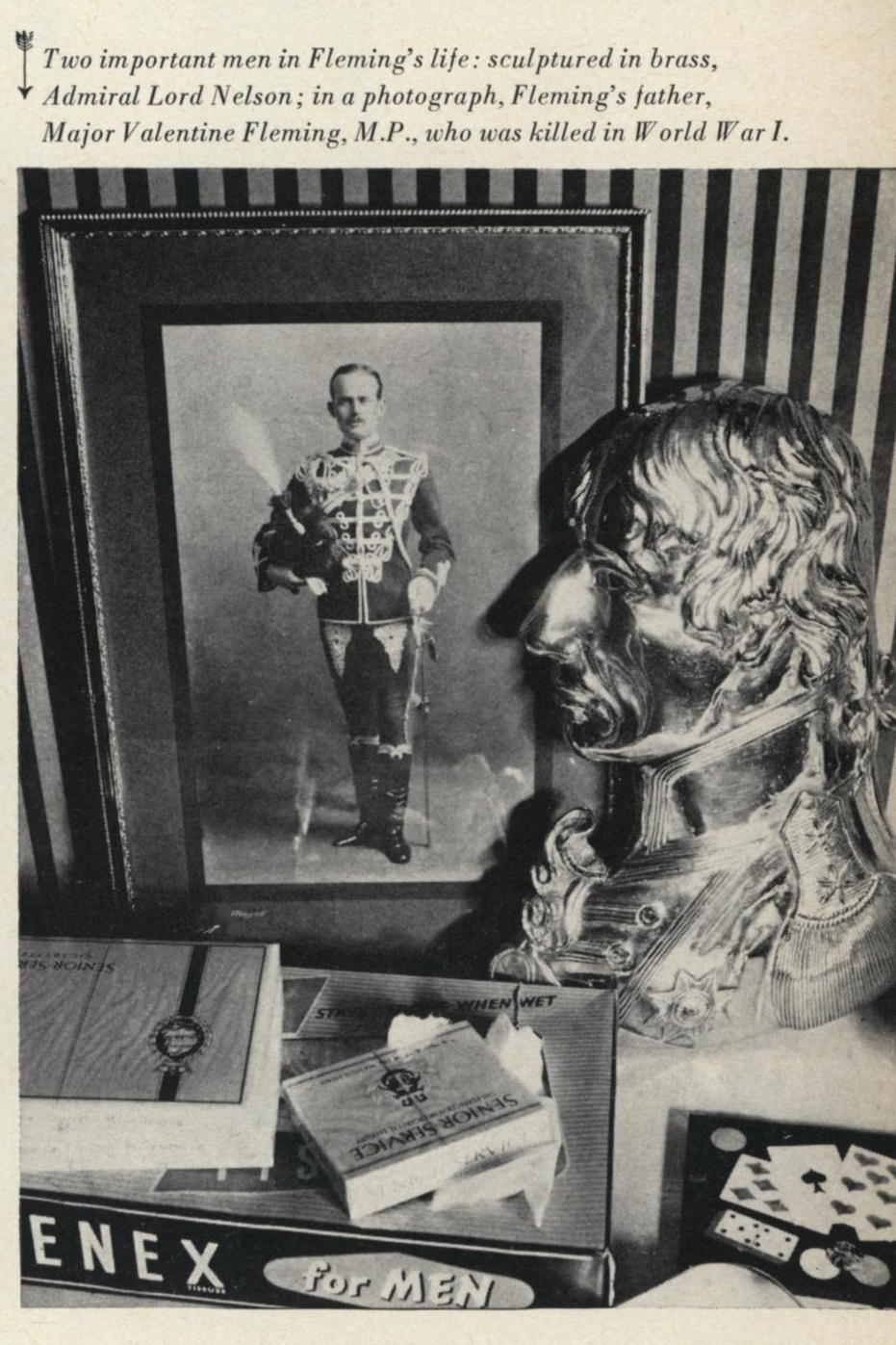 Finally, we arrive at the bookshelf: 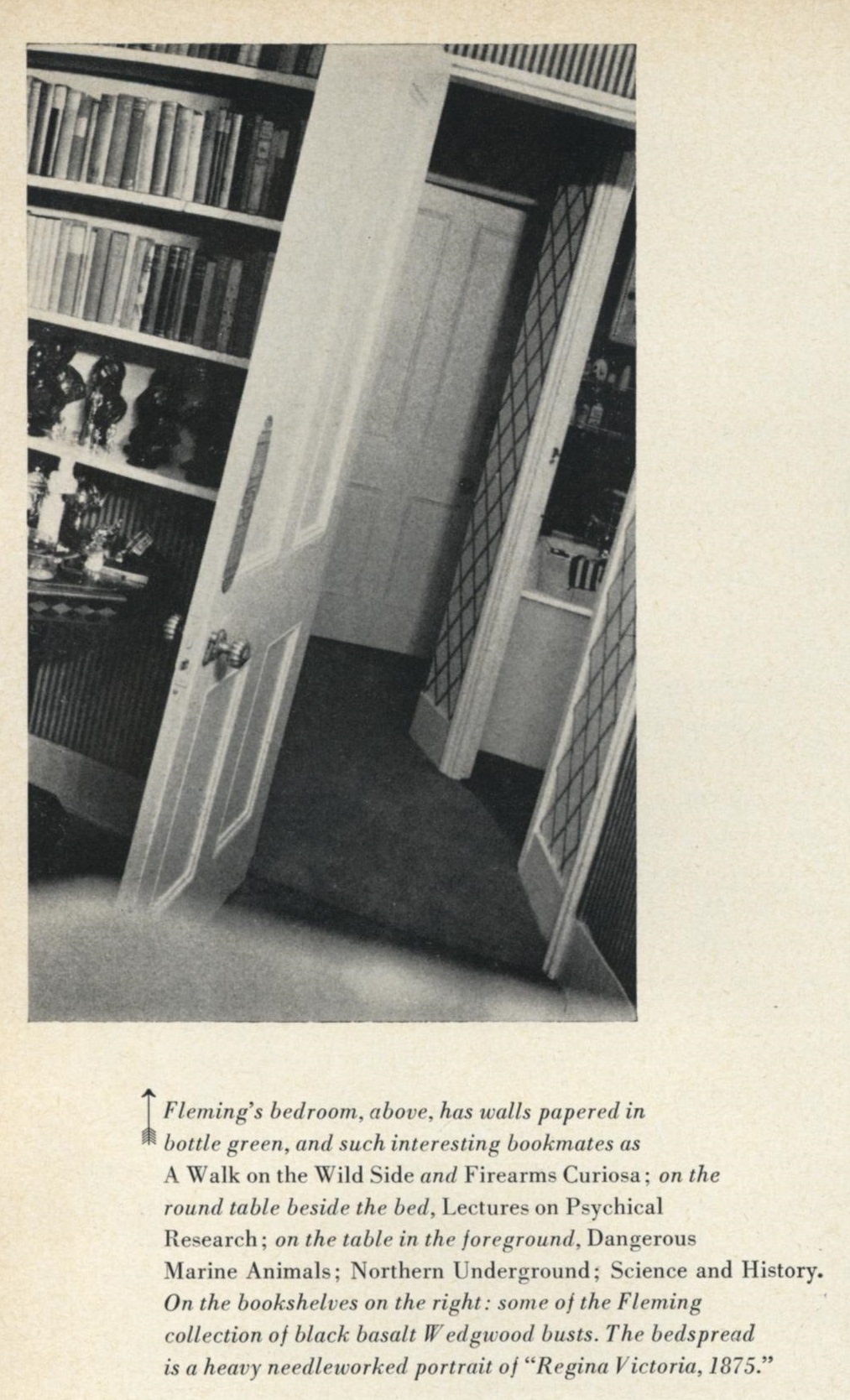 You’re probably wondering what house this bedroom is from. The answer is Fleming’s home at 16 Victoria Square (SW1), his last London residence, where he lived from 1953, right before the publication of Casino Royale, to his death in 1964. Ian’s bedroom and study was on the top floor. It was this house that was intended to receive a Blue Plaque. Unfortunately, Ann had sold the property in 1973, and the succeeding owner refused permission to erect the plaque. It was instead placed on Fleming’s Ebury Street residence in Belgravia. A pity, because Fleming stayed at the Victoria Square for a much longer time. Here’s a picture of 16 Victoria Square, taken by yours truly: 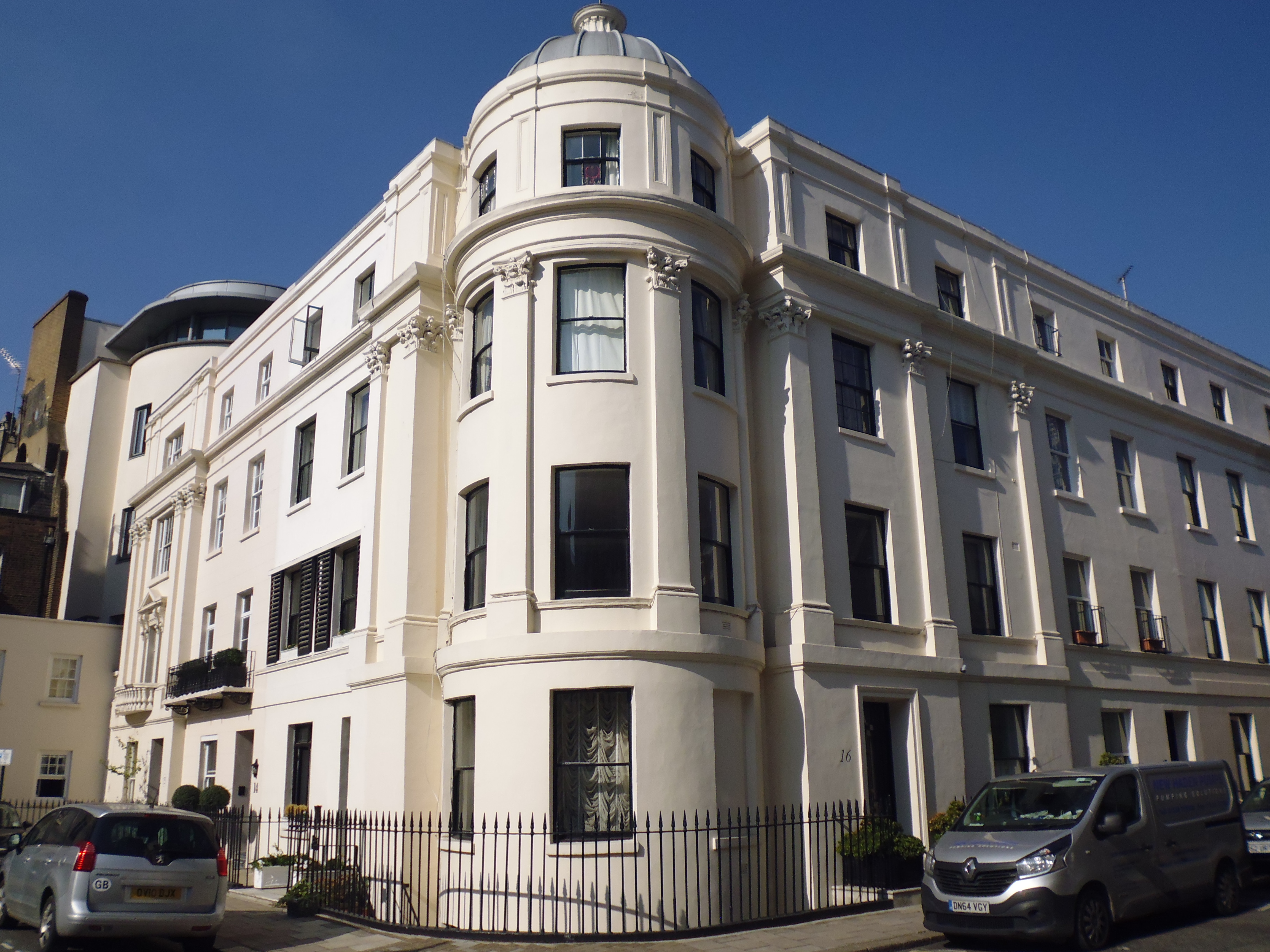 The house is a private residence and thus not open to the public.

Let’s wrap up with two more photos. Moving from Fleming to his creation, here’s an illustration for a 1964 printing of “Risico” in Rave Magazine: 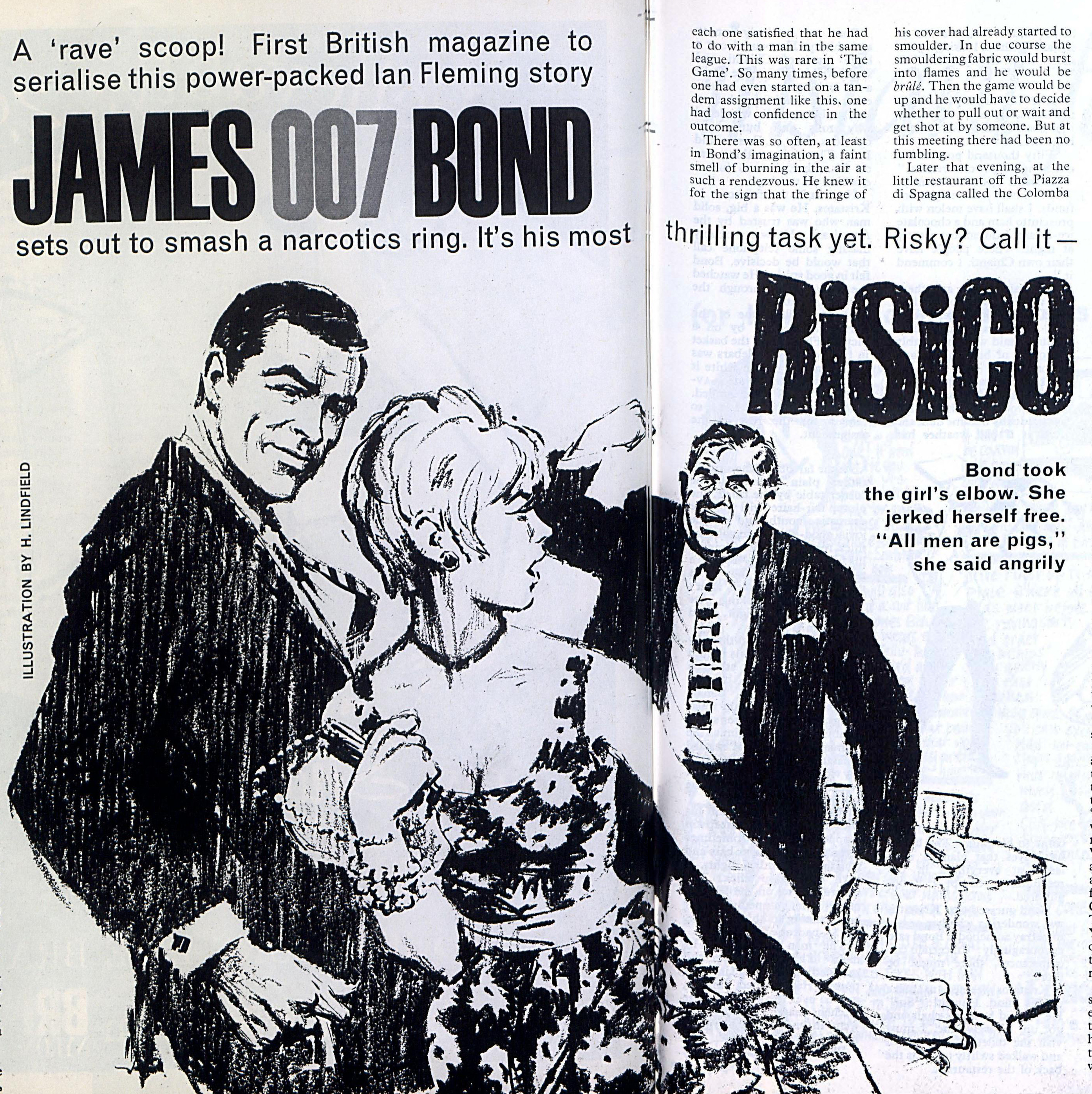 As you can see, Connery was by now the face of the literary Bond. He also appears in this advertisement from a 1963 issue of Tatler: 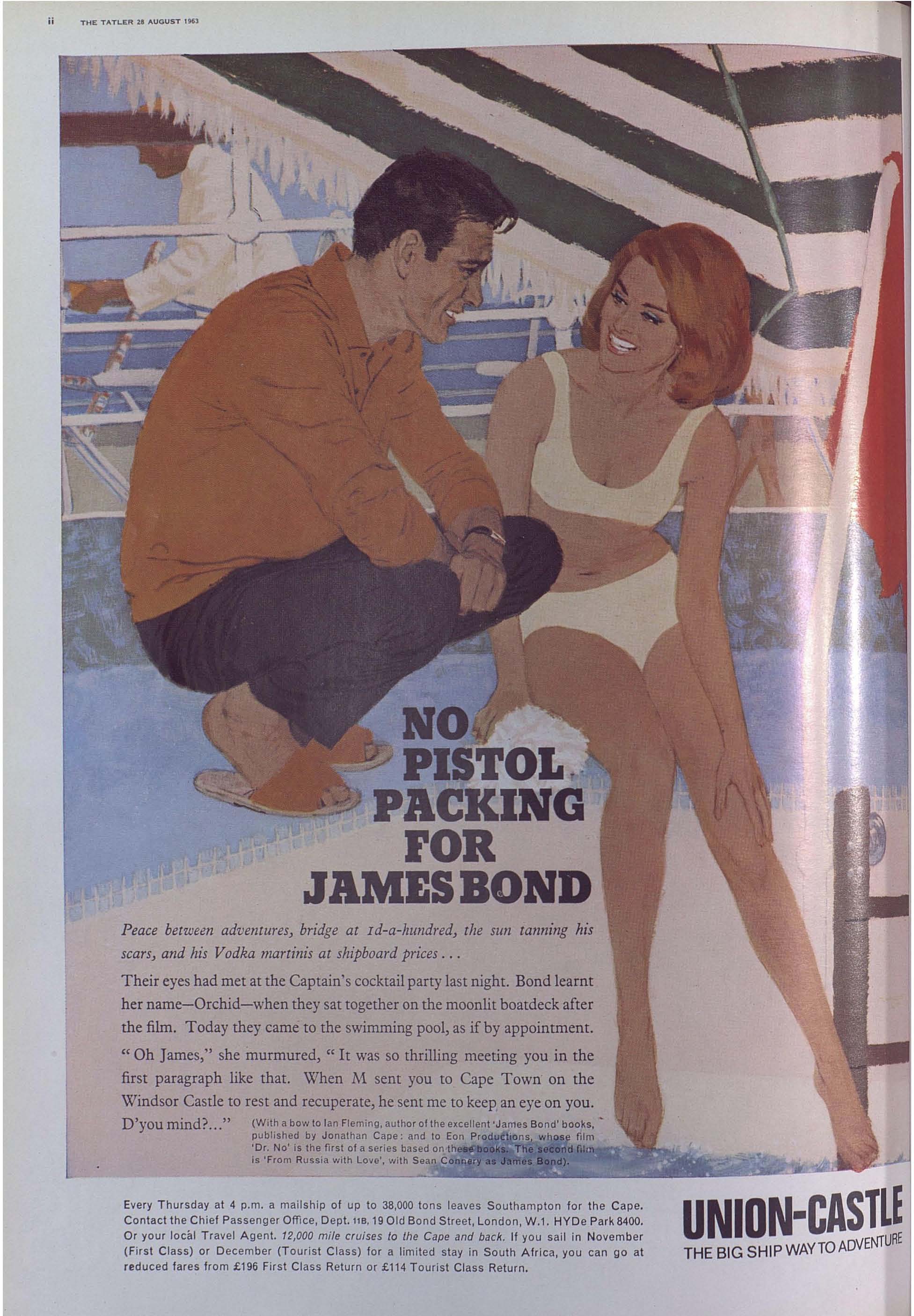 Hope you enjoyed the photos. Now you can truthfully say you’ve looked around Ian Fleming’s bedroom!

Beautiful finds, @Revelator; thank you for sharing these gems!

Quite fascinating. I noticed that his bedroom looks more like a study with a bed and a single bed at that. I know that Ian and Ann’s marriage was volatile. Were they sleeping in separate rooms at this point?

Great photos, @Revelator Thanks for those!

By the way, this is the original american Vogue where the Harling’s text is: 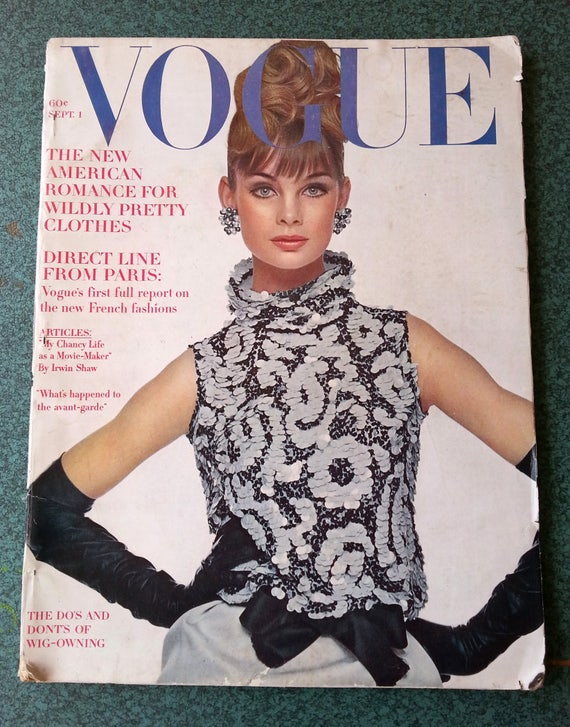 Fascinating pictures! That wallpaper is exactly what I picture for the literary Bond’s flat.

The study looks like Fleming’s man cave. It made me think about how everything he did, from living at Goldeneye, to a study where he apparently slept, to writing the books themselves, were all geared towards him wanting to escape his own life.

That is awesome! Thanks so much for sharing, @Revelator!

Good question @Gobi-1. The Vogue article is from September 1963, and by then Flemings had cheated on each other and were not enjoying their troubled marriage. So it’s very likely they were sleeping in separate rooms.
However, I should also note that separate bedrooms were less uncommon in upper-class households back then. Presumably Vogue’s readership in 1963 also recognized this, otherwise showing Ian’s separate bed would have sent the wrong message.
While discussing Ann’s dinner parties, Harling also mentions Ian’s room:
“Fleming is rarely present at these dinner parties (or gabgests, as he terms them)…Returning at midnight, he is likely to find his wife’s guests still at the table, still embattled in high-voiced political diatribe, abuse, and argument. Fleming, waving not too demonstrative a greeting, proceeds upstairs to his own room and comparative tranquility.”

Re: the “dissipated and debonair” photo of Fleming - the caption below reads “…James Bond fights it out with gangsters in the Rockies [sic !!!], in defence of a life-battered girl, in his latest adventure The Spy Who Loved Me”

Quite fascinating. I noticed that his bedroom looks more like a study with a bed and a single bed at that. I know that Ian and Ann’s marriage was volatile. Were they sleeping in separate rooms at this point?

Per Revelator’s own comment, it was and continues to be quite normal among a certain social strata and age group. I should add that these sleeping arrangements were standard throughout their tenancy at 16 Victoria Square. I seem to recall from Lycett’s book that Ann’s daughter Fiona slept on the same top floor of the house as Fleming. Ann had the second floor to herself.

Interesting comments all around. I assume that given the times it wouldn’t be all that unusual. Seems like a good arrangement for a writer. He could write, read, and smoke until he was ready for bed and need not bother anyone else to do so.

An excellent post! Thanks so much for finding and sharing these amazing photos!