The Rock is a James Bond movie

Last night I watched this vid on youtube that gives really good evidence as to why John Mason is James Bond. IMO, if it really were, it’d be a great ending to Sir Connery’s Bond than what we got in DAF.

But seriously, check it out if you’ve got the time, or interest. 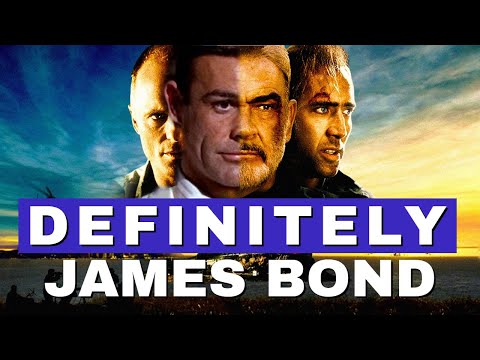 Of course you have to disregard NSNA

That lad certainly deserves 10 out of 10 for effort! I’m sold. The Rock is a James Bond film.

Impressively researched to say the least.

I was thinking if he reached any harder he might dislocate something.

I’ve seen this before, and one has to applaud the effort behind it.

Truthfully, there’s almost certainly nothing to the idea that The Rock was ever, at any point along the way, in any way a true James Bond film. But, it gives what is already a fun action film another layer that be fun to think about.

Definitely entertaining. I was a little skeptical at the beginning though when he talked about Bond defeating Blofeld in Goldfinger.

When Dwayne Johnson is cast as James Bond, I’ll accept that The Rock is a Bond movie.

Just like with today’s politics: Just because someone wants you to believe something, doesn’t mean you have to .

And I don’t just mean the maker of the video, I mean the makers of the film as well; there’s a difference between tongue -in-cheek and gospel. Remember, there are those who believed (and perhaps still believe) that just because Silva said “Mommy was very bad” that is proof positive that not only was M Silva’s mother, but Bond’s mother as well.

Did a lot of Connery’s movies trade on his past as James Bond? Yes. Did The Rock go further than most to ride on those coat-tails? Yes. Is The Rock a James Bond film? No.

But if it were, it would be near the bottom of my list. There, I said it.

Oh, it’s definitely not in the cannon. I just wanted to show the lengths the maker of the video went through to make his claim.

Why disregard NSNA? IMO Sir Sean did a far superior job than DAF. He was in better shape,and he clearly enjoyed it.

Because it doesn’t exist in the same timeline as the other Connery films.

Because never say never again is set in 1983 and the Sean Connery bond/John mason was locked up then.