The World of GoldenEye: A Comprehensive Study on the Seventeenth James Bond Film And Its Legacy

Nicolás Suszczyk has written a book titled The World of GoldenEye: A Comprehensive Study on the Seventeenth James Bond Film And Its Legacy.

GoldenEye was much more than the debut of Pierce Brosnan in the role of James Bond. It was the film that saved the series after facing six years of an uncertain future, and the title is now a popular legend among gamers thanks to the huge success of the Nintendo 64 video game adaptation. In the eve of its 25th anniversary in 2020, this book offers a comprehensive analysis on one of the best Bond films ever released and the impact in popular culture that brought a new generation of Bond fans, in a craze that was very reminiscent to the waves of Bond mania from the 1960s. The creative process behind the film, the emergence of a relatively unknown international cast, and the influence of the Cold War in the story are just some of the themes this comprehensive analysis of the 1995 film will address to prove GoldenEye is, many times, an overlooked classic.
​
The book is set to be released on June 8, 2019, by Amazon Publishing, to coincide with the 25th anniversary of Pierce Brosnan’s announcement as James Bond. Print and ebook versions will be available. 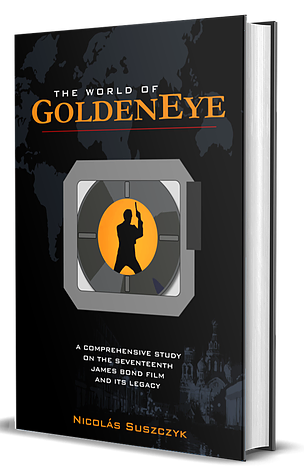 I’m excited to see more books for individual films themselves!

Interesting - good luck with this!

Seconded - Congratulations to this from CBn members and crew!

Excited to see this from Nicolás. His love for Goldeneye is as strong as Charles Helfenstein’s love for OHMSS. That should translate into a labour of love. I’ll be ordering a copy as well.

Bravo! Another addition to my library. Cheers to Nicolas!

Thank you everyone for this thread and the nice words! I’m back after a long while (not sure if my old account @nsuszczyk is still active).

@sharpshooter of course, I love this film very much. And I know of doublenoughtspy’s (was that his name over here?) work on OHMSS which I sadly couldn’t buy back then – maybe in a future if I can afford it.

1- Release date: I put June 8, 2019, as a sort of “deadline” to me since I’m on the final phase of the book, seeing if I could add or polish some words/information. Expect the book to be available to order that day or even before.

2- Availability: I’ll be honest, I’m a rookie on this, but I was told Amazon “prints” a book everytime you order it. So it shouldn’t be a problem. You order, they print it, they send it.

3- Price: I’ll let you know later this month, I know this is defined once you send the draft. But I won’t make it expensive, more or less as a regular (non official) Bond essay book as those of A View To A Kill and the Timothy Dalton era.

4- Stills: There’ll be no photos other than the cover artwork, I’m afraid. I don’t have permission and I don’t want trouble with EON, Gettyimages, Keith Hamshere, etc. I even tried to make the cover as evocative as I could to the film’s subject. I recently chagned the book’s logo, since (even when being recreated) looked way too similar to the official one. One thing is a site, the other is a commercial work.

5- Spanish version: Yep, it’ll be published in Spanish by the end of the year. I’ll have to translate the original text, so it’ll take some time. As I know you all are collectors, I promise a different cover artwork so that both editions (if you buy them) look different enough in your shelves.

Read an excerpt of the book here: https://www.thebondbulletin.com/the-world-of-goldeneye-book-by-nicolas-suszczyk-to-be-released-on-june-8

Sorry for stealing a bit of your thunder! I saw your post on mi6community.com and wanted to spread the word. I’m just excited about the book and wanted to share it with other James Bond fans!

No probs! On the contrary, I’m quite thankful

Thanks for joining the new forums and giving some background information about the book. Judging from the photograph provided, it looks like you’ve been very busy writing this. How long have you been preparing this project, from the original idea to settling on a final draft?

I just looked up on my chats when was the day when I first told a friend about it, because I started working almost immediately, and that was… April 4. So, it’s incredible, but I did it on less than a month! 123 pages

(I’m surprised with myself).

Congrats, and welcome back to the CBn forums, Nico.

Looking forward to reading this. While I’m not Goldeneye’s biggest fan, it still holds a special place in my heart as it re-sparked my interest in all things Bond back in the day.

Thank you stromberg!
Of course, since I’m not able to use the Matrix family, the one used for the logo and credits (just in case, copyright issues for commercial use), BankGothic was my second option since it would bring back memories of the game. Now I remember it was the CBn font!

By the way @stromberg, any idea how I can use the old avatars?

By the way @stromberg, any idea how I can use the old avatars?

That’s one of the little side effects of the new Quarterdeck; we now use Gravatar for our avatars. But it’s not terribly much fuss, you just open an account there and your profile here retrieves the avatar from there.

Sorry for triple posting, just wanted to let you know of this wallpaper offer that you might like 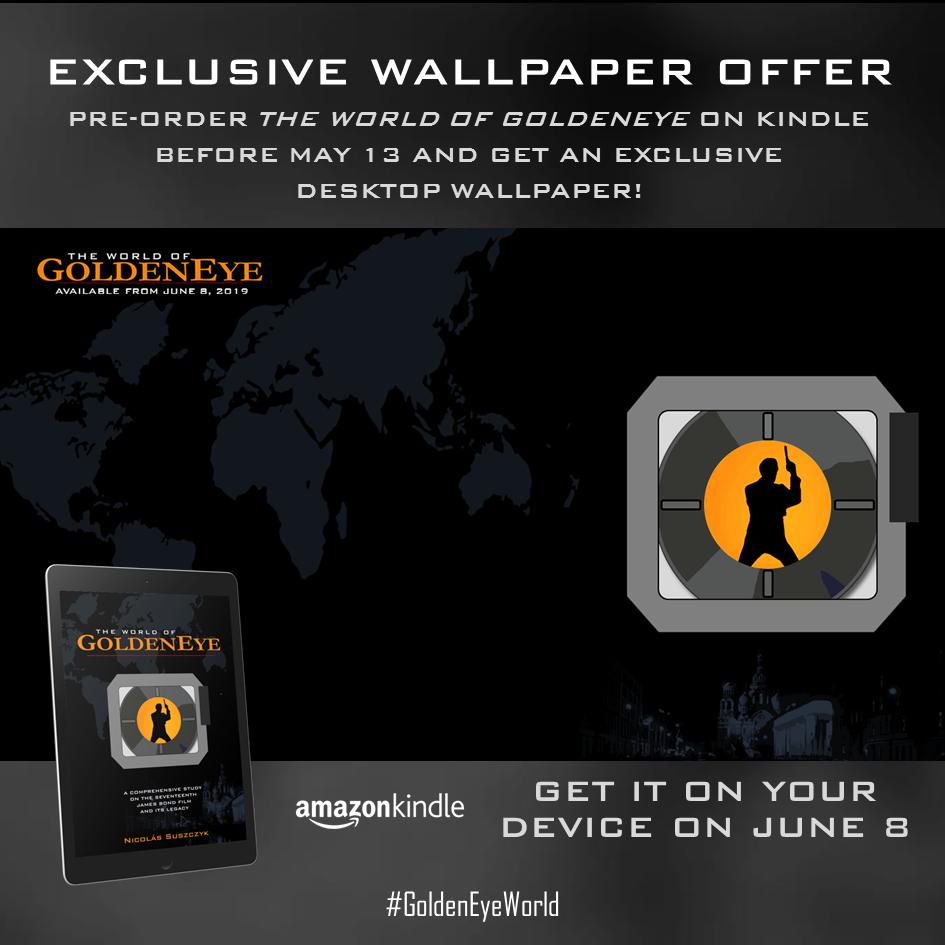 Pre-order THE WORLD OF GOLDENEYE on Kindle before May 13 and get an exclusive desktop wallpaper. Mail us the receipt of your pre-order to worldgoldeneye @ https://t.co/ufeWcPo0Bg and get it! (please specify size) https://t.co/wC2xBPvSzR #goldeneyeworld

Two more updates on the book. First, the booktrailer:

And you can read a chapter of the book IN FULL over here!
bit.do/goldeneyeworld

I’ll absolutely get it next time I have disposable income. I remember your posts from the old forum, so I’m psyched for your book (which, btw, Amazon is already recommending to me)

Thank you for your interest! And glad to know Amazon is recommending my book to someone already! You can read a full chapter over here: https://docs.wixstatic.com/ugd/c97406_35471fecec7b4bedb5013f71e50fbeda.pdf?index=true (there are a few mistakes, but those have already been corrected in the final print)