Before Bond there were stars and wars and sharks and motherships…

“I thought I was the only person obsessed with every single thing written in this book, but fortunately for the rest of us Mark O’Connell is too. This is the ideal Christmas gift even if you’re browsing at Easter.”
– Mark Millar (KINGSMAN, LOGAN, KICK ASS, SUPERMAN)

Mark O’Connell didn’t want to be Luke Skywalker. He wanted to be one of the mop-haired kids on the Star Wars toy commercials. And he would have done it had his parents had better pine furniture and a condo in California.

Star Wars, Jaws, Close Encounters of the Third Kind, E.T. The Extra Terrestrial, Raiders of the Lost Ark and Superman didn’t just change cinema – they made lasting highways into our childhoods, toy boxes and video stores like never before.

In Watching Skies, O’Connell pilots a gilded X-Wing flight through that shared universe of bedroom remakes of Return of the Jedi, close encounters with Christopher Reeve, sticker album swaps, the trauma of losing an entire Star Wars figure collection and honeymooning on Amity Island.

From the author of Catching Bullets – Memoirs of a Bond Fan, Watching Skies is a timely hologram from all our memory systems. It is about how George Lucas, Steven Spielberg, a shark, two motherships, some gremlins, ghostbusters and a man of steel jumped a whole generation to hyperspace*. 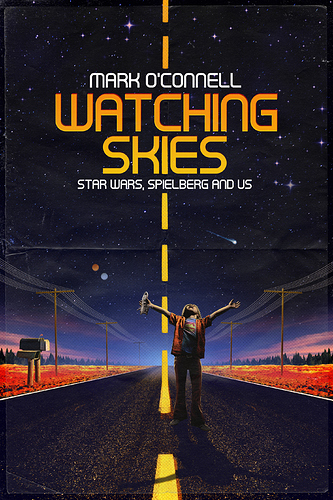 WATCHING SKIES - STAR WARS, SPIELBERG AND US
by Mark O’Connell
The History Press
May 2018

For more on WATCHING SKIES ‘like’ your way into the FB page. It is just like a 80s video store membership without having to wind the tapes back before returning.

Watching Skies - Star Wars, Spielberg and Us. 873 vind-ik-leuks. How George Lucas, Steven Spielberg, a shark, two motherships, some gremlins, ghostbusters and a man of steel jumped a whole generation...

I wanted to be Han Solo - but still, this is a must have for me!

That’s an interesting point: I’m not sure anyone ever wanted to be Luke. Sometimes I’m not even sure about Mark Hammill.

That said, this looks cool. From an entirely selfish perspective, it’s great to have books written from the POV of my generation (or near enough).

Han was always the much cooler character, the space cowboy of 1977 - but he didn’t have that cool lightsabre and I very much wanted that too. So by the time of Empire Strikes Back Luke had become a real option.

Just to announce that WATCHING SKIES is now available in the UK and will be published in the US in September.

Please rewind all memories before returning. 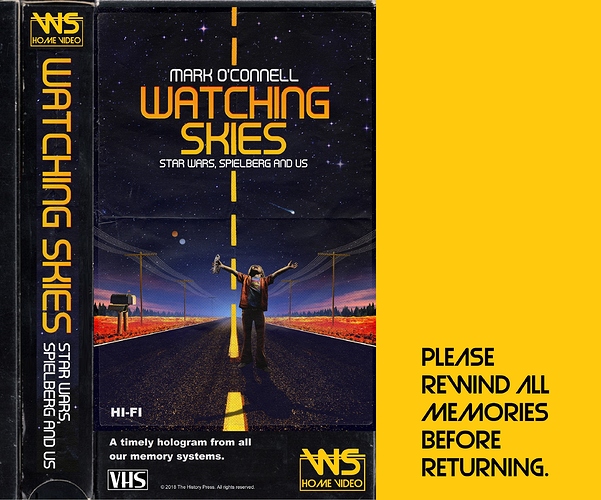