A question for others who have read the book: do you envision that the events of Colonel Sun took place afterwards given Bond’s mindset and immediate circumstances here?

I guess it’s possible. The events of Colonel Sun could provide a loophole of sorts given it starts out as a kidnapping and not a traditional mission. M’s situation mirrors Bond from this story - taken behind enemy lines. The more I think about it, Colonel Sun closes the loop of the story in a way.

I could see that making sense.

Colonel Sun expressly states that it takes place after The Man With The Golden Gun.

In the very first paragraph of the very first page it states about James Bond, “He had managed a clear two hundred and fifty yards straight down the middle, a shot that had demanded every ounce of effort without (blessed relief) the slightest complaint from the area where, last summer, Scaramanga’s Derringer slug had torn through his abdomen.”

According to Ian Fleming’s The Man With The Golden Gun, the novel began in November. Bond spent 30 days getting “E.C.T. treatment” on his brain. (p. 58 hardcover edition) He spent another two weeks at The Park for at least a total of six weeks there. (p. 59) He also spent six weeks chasing Scaramanga around the Caribbean (p. 51) before catching up to him in Jamaica.

So that would make it the end of January when he caught up to Scaramanga. He spent a few days with his target, and then at least another three and a half weeks recovering from Scaramanga’s bullet at the end of the novel–a week to regain consciousness (p. 201), 10 days later to have a little official ceremony (p. 204), and another week spent recuperating in the hospital (p. 212)–which would be about the end of February when the book concludes.

With A Mind To Kill takes place around late March and into April.

Additionally, on page six of Colonel Sun Bond complains that he’s been “under-employed” with two insignificant outings earlier in the year with the second occurring in June. That cannot be talking about TMWTGG or WAMTK. Furthermore, on page one of Colonel Sun, it states that the time of year is now early September. So Colonel Sun is over a year, almost a year and a half, after WAMTK and a year and a half from the end of TMWTGG.

As for the years these adventures occurred, John Griswold in his Ian Fleming’s James Bond: Annotations and Chronologies for Ian Fleming’s Bond Stories puts The Man With The Golden Gun as occurring between November 1963 and February 1964. So that would mean that With A Mind To Kill took place in March to April 1964 and Colonel Sun happened in September 1965.

Read it in one go, a few hours on a park bench in Berlin (turned out to be quite fitting). Maybe it was because I tore through it, but it felt like Horowitz was in a rush to get it over with? I would say this is the weakest of his three novels. That said, his novels are arguably the best continuation novels we have, so I still had a lot of fun with it and I’m sad to see Horowitz go.

I would say that the Bond series has a very loose relationship with continuity. The Fleming timeline itself (of all of the Fleming stories) aren’t exactly clear as to when they all take place. For the most, the novels seem to be chronological, but then the short stories and The Spy Who Loved me screw with it. So I don’t see much retcon happening to play With a Mind to Kill between TMWTGG and Colonel Sun. I also consider Colonel Sun and the Horowitz novels (TM and FAAD, at least) to be more canon as Colonel Sun has actually had elements filmed and the first 2 Horowitz use actual Fleming material. But, really, canon is whatever you consider it. Personally, I include DMC, Solo, JBTSWLM and even Per Fine Ounce (the bit we know of) in my personal head canon.

The short stories fit in somewhere, but it’s generally unclear where.

I consider John Pearson’s “007 Biography” part of the literary continuity just because it’s a good read and makes a strong attempt to capture “The Fleming sweep.” Allow me to paraphrase the late Denny O’Neil
“Use continuity as a tool not a guide”

I would say this is the weakest of his three novels.

I rank it third as well - but agree it’s still a good one.

I consider John Pearson’s “007 Biography” part of the literary continuity just because it’s a good read and makes a strong attempt to capture “The Fleming sweep.” Allow me to paraphrase the late Denny O’Neil
“Use continuity as a tool not a guide”

I reluctantly omit the Biography from the Fleming timeline, but do hold it up as one of the best continuation novels in the library. Like @theSpectre I include all of the Horowitz novels and Colonel Sun. But I think that’s it for me.

‘’Bond had seen a painting in one of the museums they’d visited. The twelfth-century princeling had been looking remarkably pleased with himself, which was perhaps why he’d stuck in Bond’s mind.’’

Seems very Bond to me, knowledgeable about things but hating himself for it

Interesting. And you’re right about the Bond series having a loose relationship with continuity (novels or film). Here is my chronological take on the James Bond novel series using John Griswold’s aforementioned Annotations and Chronologies book and trying to fill in the rest of the series myself–continuations and all: (Take it for what it’s worth.

Johanna Harwood’s “Some Are Born Great” is missing.

FYI: About my Bond mission chronology, I feel fairly confident that a large majority of them are correct. There are a couple, however, I where I am completely guessing.

Maybe I’m getting old, perhaps crankier, but I have found all the Horrowitz books a little childish. Fleming was juvenile but I have always thought his prose offered a balance to that. Deavers book gets lost in plot ( a problem with most of his novels I’ve read to be fair) Boyd hadn’t got the courage of his convictions to really go for the jugular and write about the reality of the country he loved. Faulkes was childish in a way too. Perhaps the continuation novels need to have a writer that appreciates Fleming enough to leave him out as much as possible.

So I finally read it and boy, was it worth the wait!

It’s definitely the best of Horowitz’s three novels. I’d go so far as to say it might be the best continuation novel, period. Hell, I’d even go a step further and say that it’s better than some of Fleming’s work! Needless to say, it’s now one of my all-time favorite Bond novels.

The book really feels like a near-perfect blend of the more espionage-related Fleming novels (From Russia with Love and, to a lesser extent, On Her Majesty’s Secret Service) with John LeCarre’s The Spy Who Came in From the Cold. Horowitz mentions re-reading the latter novel before starting work on this book in his endnote and the influence of Le Carre’s work is very much front and center here. It’s the closest a Bond novel (at least one I’ve read…there are plenty of continuation novels that I haven’t yet) has come to feeling like a Le Carre novel.

With a Mind to a Kill isn’t particularly action-packed or fast-paced, but it more than makes up for it by being a pretty intensive character study of Bond. Some of the best parts of the book are the passages where Bond is introspecting on his career, his life, and the shifting geo-political and cultural landscape. There are times when the book almost feels like a deconstruction of Bond - one bit that springs to mind in this regard is when Bond thinks about how defeating a Dr. No or Goldfinger won’t really make a difference to the outcome of the Cold War and that ultimately the Soviet Union can only be defeated from within by the Russian people. While Horowitz, as always, does a great job channeling Ian Fleming, parts like these make you realize that perhaps this was a story that simply needed to be told decades later by someone other than Fleming - by an author who knew how the Cold War would end and who is far less reluctant to critically examine Bond and his world than his own creator would be.

Of all the Horowitz novels, this is the one that makes references to the Fleming novels the most. But I love how these aren’t just casual continuity nods (though there are quite a few of them) but actually fit in pretty well with the narrative of this novel and Bond’s current frame of mind. In particular, I loved the call-back to Bond and Mathis’ conversation in the nursing home from Casino Royale.

And now onto that ending…

On the whole, it was a great ride (well, more like a gentle cruise through mostly still but occasionally choppy waters) and a perfect coda to the Fleming canon. I sincerely hope that EON Production makes a deal with Horowitz and buys the rights to this one because I’d really like to see it form at least the skeleton of a Bond film. As for the novels, I do think the time has come to retire Fleming’s Bond and set the next iteration in the present-day (or some other time period) because I really don’t see anyone topping Horowitz’s work here.

Happening right now, but available to watch later as well. Kim Sherwood is interviewing Anthony Horowitz about With a Mind to Kill at the Edinburgh International Book Festival. There might be a few bits about Double Or Nothing, so I will post over there as well. 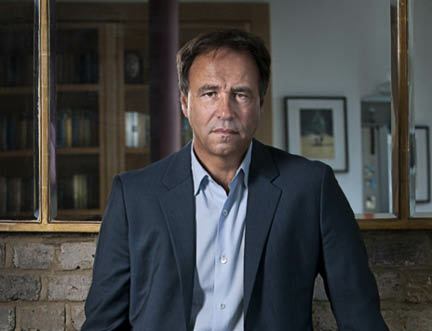 From Mon 22 Aug - Hugely loved author Anthony Horowitz brings us his third James Bond thriller, With a Mind to Kill. This high-octane tale presents 007 as we have never known him: accused of M’s murder, in custody...

As I finish chapter 18 I’m struck by the fact

Horowitz is far and away, the best continuation author. All 3 of his books can compete with the best of Fleming (my personal favorite of his is still Trigger Mortis). Sad that Horowitz is ending his run, but also better to quit while he’s ahead than run out of steam like somebody clearly did…

And who is that?