"007's Road to a Million" Series From MGM on Amazon Prime 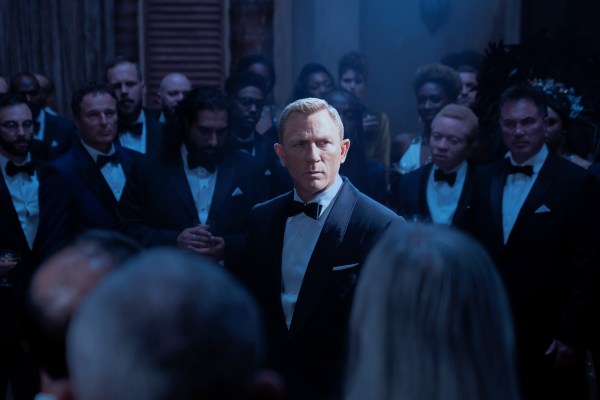 A competition series based on the iconic British secret agent is in the works at Prime Video, Deadline has confirmed. 007’s Road to a Million is an eight-part series that hails from UK’…

The UK Original project is separate from the recently closed Amazon-MGM deal.

Oh good, if we win, maybe we can afford to buy some overpriced Bond merch >_>

Important to point out.

I was so excited to send in a submission video then saw that it’s only open to U.K. residents.

Still this is a VERY unexpected development. This is a great way to get Bond on tv without interfering with the films.

Introducing facts is what i do…are suggesting people are going to introduce fringe striding opinions just to be right!?!?!

I was so excited to send in a submission video then saw that it’s only open to U.K. residents.

I’ve been reading conflicting opinions of this today.

EON is getting ahead of things and beginning the spinning-off of this franchise before Amazon gets to take a crack at it. We’ll probably end up at a place where Bond will have some massive number of spin-offs yet still only manage to appear in cinemas once or twice a decade.

The next spin-off will probably be a competition series where the winner gets to be Bond #7.

Reminds me of something a number of years ago (but on reflection must have been around 1989/1990) when there was a competition to get a role in the next James Bond film. I think it was won by a lady named Linda. We all know what happened and I am not sure if it ever came to pass with GoldenEye.

Can see them doing that again. If you have a young child, they have a chance of playing someone in their mid-fifties by the time the next film rolls around.

Given the protective instinct / control there has been from Eon over so many years to put the brakes on anything that could sully the IP, this latest development is a bit of a surprise.

If they are doing prizes, some of that nice copperware in Bond’s kitchen in Live and Let Die would be most welcome. That said, the 007 Store, which does its best to inadvertently cheapen it all, probably has that for £50,000 a pan.

A BREWERY worker from East Lancashire toasted her success after winning a walk-on part in the next James Bond film.

While I have no urge to watch this reality show I must say, however, that EON is probably doing the right thing here because reality shows are now a huge world wide platform for promotion.

Artists who never would have considered appearing on these shows now need to do that just to reach the targeted and necessary audience.

And combine this with social media attention, you have a chance to keep 007 relevant for the essential next generations of moviegoers who have never heard of Bond or whose fathers became fans during the Craig era.

We have to acknowledge: the biggest group of Bond fans who started with Craig have no desire to watch Connery or Moore era films. We are a very small group here who enjoy watching all the films again and again.

So, the next decades will mainly rely on „fans“ who basically only have four films to fuel their hunger to watch more, with the older fans passing away or waiting for streaming.

A reality show, while not to our taste, is the smart way to go, especially if you take time to produce more films.

And combine this with social media attention, you have a chance to keep 007 relevant for the essential next generations of moviegoers who have never heard of Bond or whose fathers became fans during the Craig era.

They’re doing just fine on this end without this. The last few films have been probably the most successful that they’ve had in the franchise’s history, both financially and critically.

Yes - but they have to think about the future. This is all about planning ahead.

If we’re going to get a whole bunch of this kind of nonsense and only 1 or 2 films per decade, they can keep the reality TV money and look elsewhere for what I chip in each time around.

I’m sure they’ll be heartbroken. /s

I see and feel your discontent.

I also hope that we will get more than 1 or 2 films per decade. With the Amazon deal now in place I believe EON is gearing up for the next film, searching the new guy and planning to fill the director´s seat quickly.

Announcement: in time for the 60th anniversary celebration, I believe.

With the Amazon deal now in place I believe EON is gearing up for the next film, searching the new guy and planning to fill the director´s seat quickly.

I have my doubts.

I wonder how easy a time they’ll have filling the part this time around. The next guy is almost certainly going to want to have a similar level of creative control that Craig ended up getting. I could see that being something that makes the search for the next actor a bit trickier than it usually ends up being. Then there’s the fact that Amazon is going to want to have their say in the matter. I’d be shocked if we hear anything this year about anything other than the new novels that are being released and this stupid reality show.

That’s a lot of assumptions.

Let‘s also assume that the reality show is a dreadful flop, side characters get shows which flop, too… but there is still a fantastic new Bond film.

Wouldn‘t we just feel great about that?

While a Bond themed reality show does sound unappealing, “The Amazing Race” (as this very much sounds like) is probably the best template to base this on. There are so many great, iconic Bond locations that I’d love to visit, so even if the “challenges” and contestants aren’t very interesting, I’d actually still watch to see the locations and destinations. I guess I’d actually love a Bond travel show!

If you are on Instagram, head over to the official 007 account’s post about this they put up today. The comments on it are quite entertaining