I’d be very surprised if EON signed up to anything that involved an element of exclusivity. With films now so infrequent, they need the audience (in whatever form) to remain as wide as possible to avoid becoming an irrelevance. If it does happen, expect it on every platform at an eye wateringly high price.

But it’s not Eon’s choice - it’s MGM and Universal, as distribution, who decide that.

EoN, for all intents and purposes, are Completely finished on NTTD, it’s MGM’s problem now…given their past performances over the last 20 years, don’t expect any good decisions.

Would it be fair to say their track record began in '89 which lead to court battles between Eon and themselves, and later lead to the six year hiatus?

Possibly even 40, Cubby and MGM argued for…the entirety of their relationship. It’s why Bond’s budget in the 80’s kept dropping.

But… will Apple or Amazon have enough money?

I think Apple might be able to! Amazon not really. They aren’t in the blockbuster business yet

Amazon not really. They aren’t in the blockbuster business yet

And better be thankful. They started out with a few books. If they dip into blockbusters…

The problem with NTTD is that if MGM wanted to PVOD it for $30 they would have to share that with the various providers. I think Apple takes something like 30%. Disney doesn’t have that problem because they can sell it directly through Disney+.

MGM also have that with cinemas, it’s just changing one house to another for them, versus Disney where there’s no debate, wait to share vs out now for free.

Amazon has, well, Amazon - so they don’t need it really.

Apple + needs exciting content. They would LOVE to be the house of Bond.

and yeah @secretagentfan Prime Video has always been a side gig for them.

I don’t know what AMC and Cinemax demand - their tantrum over Trolls of all things would say it’s high.

Disney doesn’t have that problem because they can sell it directly through Disney+.

Disney’s problem is that the entire rest of the company got hit seriously by the coronavirus. Taking MULAN to their own service is really the best they can do now - and their shares climbed accordingly:

Shares in entertainment giant Disney have surged by nearly 10% today, after it reported strong growth at its new streaming services.

The firm reported last night that its Disney+ service has signed up more then 60m subscribers in its first nine months. That beat forecasts - perhaps a sign that people have been looking for more media to consume during the lockdown.

But the pandemic also hit Disney hard in other ways - revenues slumped by 42% in the last quarter as it was forced to shut its theme parks at a cost of $3.5bn.

Global cinema shutdowns also hurt its revenues, dragging the company to a loss of $4.8bn for the quarter. 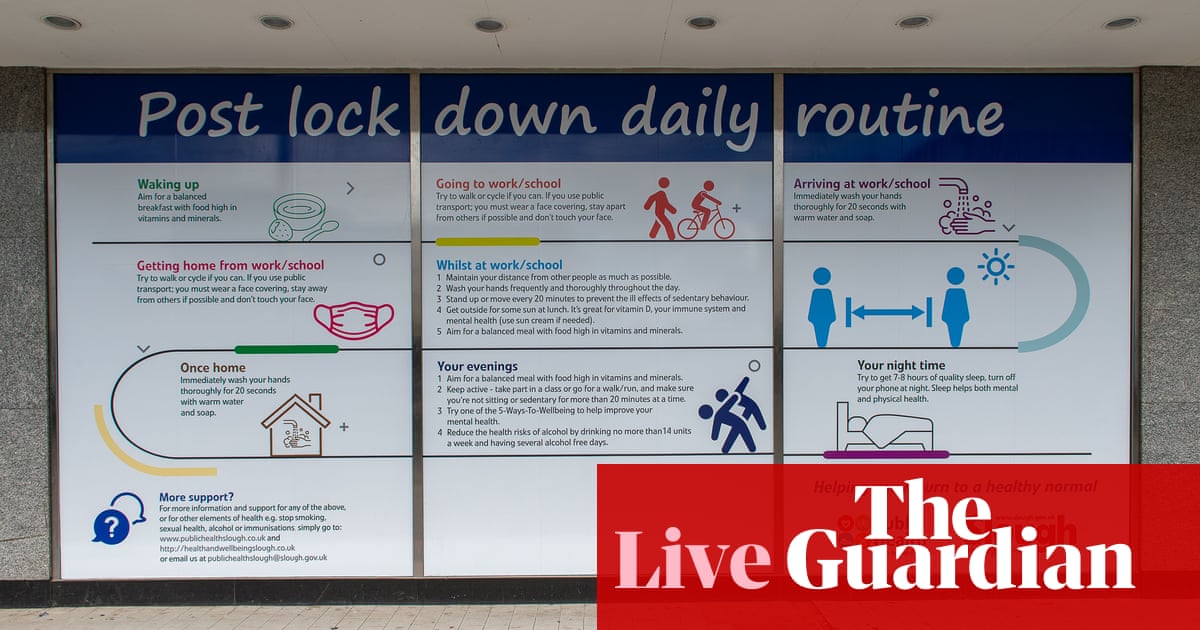 UK and US services firms cut jobs; gold at record high - as it happened

Rolling coverage of the latest economic and financial news

I love Bond dearly, but in my country i pay 6€ for 2 tickets at the cinema. Tickets are 5,90 but 60% of ppl have phone operator deal that makes discount of 2for1.
I would imagine ppl would buy a lifetime digital copy for 30€! For one time? In here, that’s not happening… Even IMAX is 20€ for 2.

Ps: oh and Disney+ will only be launched mid September here. Only few manage to VPN’it from US or elsewhere. So, another hurdle to overcome. Netflix as more coverage and Amazon Prime simply non-existant.

You’re absolutely right to point out this model isn’t fit for every market; how could it? Neither is the coverage for these streaming models available everywhere, nor are the funds. Cinemas respond to this with different ticket prices in different countries, which I would suppose streaming services could, too.

But what we’re looking at here is a relatively new model and the exclusive price tag is meant for the event character of seeing the film’s ‘premiere’ run. A few months later it would also become cheaper. It’s perhaps a bit like driving a Porsche - if you can’t afford a new one you may be in the market for a pre-loved model. And if that’s still too steep you might afford to rent one for a few days.

I also think that markets which haven’t got the infrastructure for streaming yet will probably soon upgrade if at all possible. If necessary the streamers themselves will push for it. In the meantime films will also be shown at cinemas no doubt. But it’s a gamble and especially in the poorer regions it’s going to affect the fight against COVID-19.

Black Widow by Thanksgiving if this goes well, then hopefully NTTD for Christmas?

I’m hungry to see the movie this year. If it’s via streaming, so be it. The coming months will be a strong indicator as to what happens. Tenet is set to release here in Australia this month.

What’s worse is that in time, no one will be able to compare how successful NTTD is to SPECTRE or Skyfall…!!

Actually, I would not mind if all the box office comparisons were impossible in the future.

Since the late 80´s the discussion of grosses has become the main criteria for too many in order to decide whether to watch a movie or even to like it.

How much more interesting the movie experience will become again when people won’t know whether a movie has made more money than others. When it´s just one´s own personal opinion which decides.

Would a film like AMÉLIE get made for the box office potential today?

Would any Wes Anderson or Peter Weir film?

Would IN THE MOOD FOR LOVE, DANGEROUS LIAISONS, NETWORK, APOCALYPSE NOW, MIDNIGHT COWBOY, TAXI DRIVER, ALL THE PRESIDENT’S MEN, À BOUT DE SOUFFLE, MIRAGE, CLOCKWORK ORANGE or hundreds of other classics? I have serious doubts.

The fixation on the profits of a film has narrowed down the potential of the art already. It’s a crude calculation about target audiences in relation to maximum possible returns and has lead to inbred franchising - ironically often starting out from mid-range or outright B class productions.

The particular potential of film as an art mostly defies being broken down to naked market considerations. In the books they talk about top sellers and long sellers - but few of last year’s top sellers will make the cut at the end of the decade. The long sellers may not turn around as many copies - but they often do it for far longer; Fleming’s books used to be in that latter category for decades.

Today, Hollywood concentrates on producing mostly the top sellers: the blockbusters and construction kit productions streamlined to the point of uniformity.

With a different release model there could be a chance for a more diverse output not dependent on marketing budgets. Word of mouth could play a greater role again, not as a troll device but as true recommendation by impressed audiences wanting to share their pleasure.

We will see, I suppose…