I don’t see how skin colour has any material bearing on the character of James Bond. It just seems such a minor and irrelevant detail. In fact I’m amazed we’re even having this discussion. As others have pointed out, so many liberties have been taken with the character over the years, with not a peep of complaint.

When the day does finally arrive that a non-white actor takes on the role, I wonder if all the anti-woke blowhards and edgelords (sorry - “purists”) will also be equally outraged that the film is set in 20XX as opposed to the 1950s/60s? As far as changes go, that is surely far more consequential?

And that’s to say nothing of all the other liberties that have been taken in the films over the years and accepted without complaint. But then, as is so often the case with rightwing culture warriors, they can argue this or that and even sometimes justify their position - but it’s the selectiveness of their grievances that paints the unsavoury picture.

On a slight tangent. The people likely to get most angry about the casting of a non-white actor to play Bond will probably be the same types prone to banging on about Christianity being under attack or its role in western civilisation under-appreciated. How much banging do we think they do about the curious whiteness of Jesus Christ?

One is an adaption of the other and while the cinematic Bond certainly processes many of the same characteristics and attributes of the literary creation the cinematic Bond is free to go into places Fleming never thought of or even wanted.

Fleming never had Bond go into outer space, drive invisible cars or visit hallowed out volcanos. What Fleming would have always wanted was disregarded EONs ago.

Bond didn’t go into space or visit volcano lairs, however Fleming’s books provided a launchpad to expand concepts already present in the material. In terms of hideouts, Crab Key and Shatterhand’s Castle remain the template. What was considered outlandish in the 1950s/60s will be viewed differently today, thus we saw an escalation in the movies to have a similar effect to those who first read the books all those years ago. And as we know, some believe things were pushed too far.

A guy who looks like he’d lose to Rami Malak in a fight should not be cast as Bond.

Eon needs to earn back some confidence in their process. 1) Elba 2) Hardy 3) Cavil would go a long way towards that. I know Idris is old…I.don’t.care. Give him two films and press. I can’t believe this is that hard. And this waiting half a decade or whatever for a Bond film is right out. I didn’t like it when we had to wait for GE, I don’t like it now. It’s not like these folks are being asked to produce the next Oscar-winning Best Picture or even the next Maverick. Get back to work! 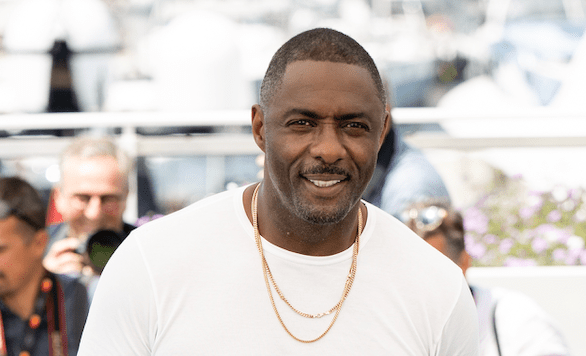 Idris Elba: Playing James Bond “Is Not A Goal For My Career”

Idris Elba has been in dozens of hit films, but the role he gets asked about most is one he never played. “I’m not gonna lie,” he said in the most recent episode of The Shop podcast, wh…

One tidbit that caught my eye in this: MGW has written a TV show that they are hoping to set up somewhere… 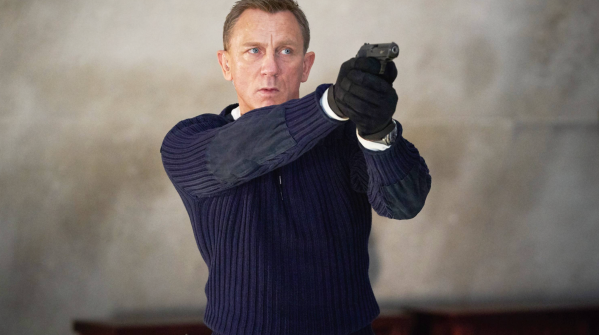 James Bond Producers Search for a New 007 Who Will Commit for a Decade: ‘Bond...

Landing James Bond may be the biggest acting gig in Hollywood, but 007 producers Barbara Broccoli and Michael G. Wilson say they still have to pitch prospective actors on the part. When Variety cat…

Well, good to hear from them and their many plans. Some movement with the next Bond, it seems, even if the film is far off. But nice to get their opinion that the next actor must really commit for a decade at least.

Of course, Dalton and Brosnan would probably say: Um, we wanted to go on, too…

“Bond is evolving just as men are evolving. I don’t know who’s evolving at a faster pace.”

It is akin to getting a haircut: you want to look good when you leave the barbershop, but also just as good one week to two weeks later. You don’t want what a friend used to call a “drive-by haircut” that looks good for a hot minute, but doesn’t have any staying power.

Craig gave us sullen/moody Bond. Do we want the new Bond to repeat those emotions or expand the character’s emotional range? Over the next decade, what emotional range in male characters will audiences want to see?

As mentioned in the article as happening today… 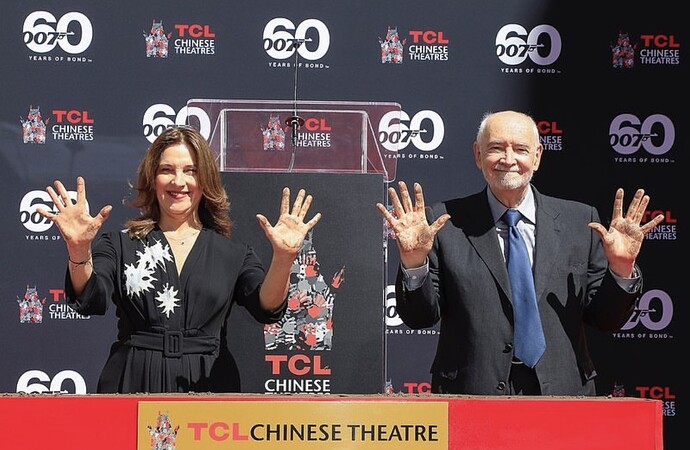 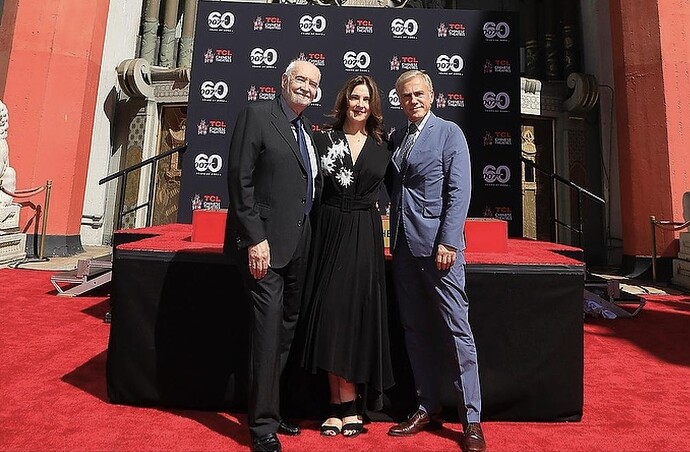 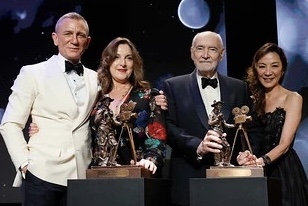 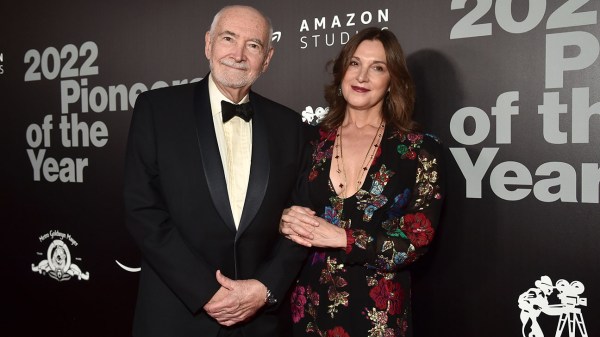 James Bond Producers Are Focused on Figuring Out a Villain Before Casting the...

Barbara Broccoli and Michael G. Wilson, just presented with the 2022 Pioneer of the Year Award, talk MGM's future, moving on after Daniel Craig and why not to expect a scripted Bond TV series.

Good to hear this decade plan, which makes sense of course, we want an actor who will do 3 movies, maybe 4.

Yep, and Henry Cavill is still young enough that he can still do that number. Please EON, sign him up.

I’m willing to say even at this early stage that Cavill will never be James Bond. By all accounts he’s part of WB/DC’s new ten year plan and resuming his Superman duties. I’d prefer someone who has been in various roles but isn’t that level of famous, making it easier to see them as Bond and not who they were before. I’d still like Aidan Turner but know it’ll probably be someone we haven’t even considered.

Evil Plan: Mini-Budget (henceforth, let no one complain about the unbelievability of a handgun bringing down a helicopter or biological warfare involving nanobots, scoffing that such things could never occur in the real world. If one can drastically lower taxes, raise interest rates, provide a meaningful cap on energy expenses, and convince lenders to extend credit to keep one’s country afloat, then one can bring down a helicopter with a bloody handgun).

Plot: Bond goes rogue, and teams up with Nicola Sturgeon, President of the Free Republic of Scotland. Using the nanobot technology developed in the previous film (continuity and all that), Bond infiltrates the Conservative Party Conference in Barcelona (still need exotic locations, and, besides, the party could not find a city in Britain that wanted them), and laces the gin served at the Conference Gala Drinks Reception with the nanobots (Q is helpful here, having relocated to Scotland with his husband, who firmly believes that Q and Bond made it, despite Q’s denials).

Moneypenny goes undercover as Jacob Rees-Mogg’s assistant–think Holly Goodhead in MOONRAKER. She is found out when Rees-Mogg discovers an old photo of her driving an electric car. He decides that he will cover her body in crude oil, and not leave any open spots for her skin to breathe (Bond 26 will have several callbacks to earlier films).

Racing from Barcelona, Bond rescues Moneypenny, and submerges her in a luxurious bubble bath to remove the oil (the bath products are prominently displayed on screen, and Bond even jokingly comments on their effectiveness).

There is more, but I do not want this post to become akin to a Columbia memo.

So a lack of principles and shamelessly corrupt?

You could say the same about my country’s Liz Cheney’s father: Dick Cheney, a real life James Bond villain like no other.

However, no charisma whatsoever.

I’m a Brit, I now have to live with the lack of spine